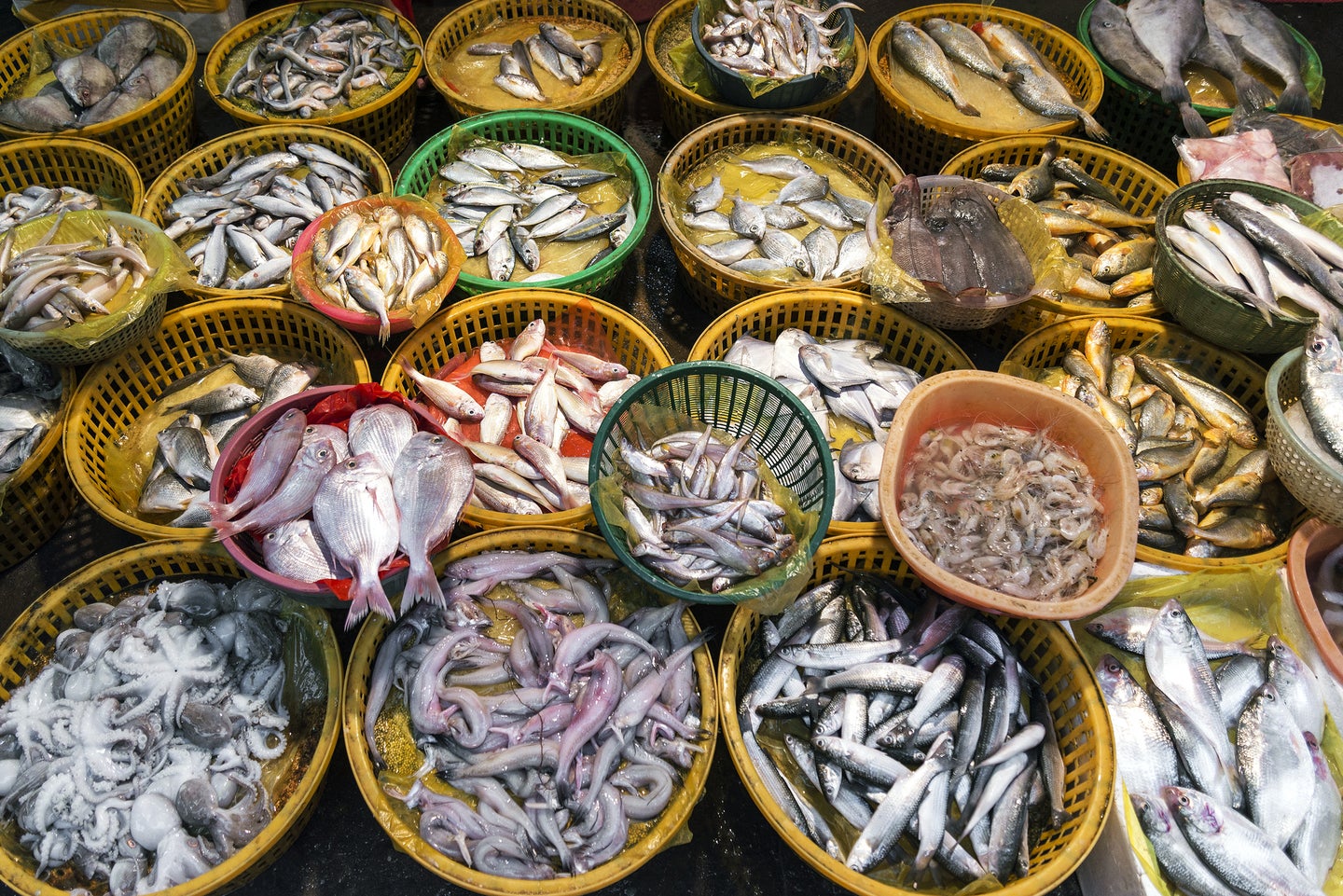 Markets that mix meat with livestock can help spread disease, but that's not the whole story. DepositPhoto
SHARE

As a new coronavirus spreads across the globe, scientists are working to understand where it came from. In the earliest days of the outbreak, the prevailing theory held that the virus came from a Chinese “wet market.” These marketplaces sell living animals along with meat and produce, and often feature creatures caught in the wild. But experts now say the Wuhan coronavirus’s true origin story is likely more complex, and are encouraging a broader search for the disease’s source.

Known as 2019-novel coronavirus (2019-nCoV), the disease seems to have started in the central Chinese city of Wuhan, which is now on lockdown. Five cases have been confirmed in the United States so far, along with patients in 15 other countries besides China.

Understanding a disease’s origin story is important, both because it helps epidemiologists track and prevent its spread and because a virus’s genetic makeup can inform the design of vaccines and treatments. The details of a contagion’s provenance can also help policymakers figure out how to prevent future outbreaks.

But researchers are a long way from knowing where 2019-nCoV really came from, said Nancy Messonier, director of the National Center for Immunization and Respiratory Diseases, at a press briefing on Monday.

Bats are believed to have been the source of both SARS and MERS. They “have an unusual immune system that can tolerate many different viruses without harm,” including rabies and coronaviruses, says Gregory Gray, an infectious disease epidemiologist at Duke University. And their ability to fly, he adds, brings them into contact with lots of other animals, which increases the likelihood a disease will evolve and spread.

In other words, their implication in the ongoing case is far from surprising. But even if bats are confirmed as the original culprit behind the contagion, their involvement won’t tell us exactly how 2019-nCoV got from them to us.

Epidemiological research—tracking down infected people and piecing together where they might have picked up the virus—can yield complementary insights. “Ideally, you want to ask questions of the people who were ill and find out what their common exposure was,” Gray says.

Early reporting on 2019-nCoV suggested that many cases had connections to the Huanan Seafood Market in Wuhan city. On Monday, Chinese state media reported that 585 samples taken at the market yielded 33 positive matches for the coronavirus’s DNA—31 of them in the area that sold undomesticated creatures like beavers and snakes. “The results suggest that the novel coronavirus outbreak is highly relevant to the trading of wild animals,” state media outlet Xinhua reported.

But outside research into the illness suggests that the disease may not have come from the market after all—rather, it may have come into the market. Speaking to Science, Georgetown University infectious disease specialist Daniel Lucey noted that since the virus seems to have an incubation period of up to 14 days and the first reported case emerged on Dec 1, it’s possible the initial human infection took place in November. And since the virus presents only cold-like symptoms in many individuals, Patient Zero—whoever they are—could have spread it to others long before health officials knew what to look for. That means it could have infected humans before even making it to the market under scrutiny.

In an interview published by the Infectious Disease Society of America’s global health blog, Lucey called for scientists to look beyond the Huanan Seafood Market and test animals and humans involved in the “supply chain of infected animals.” Animal-to-person transmission of the virus could have occurred “in one or more multiple markets, or restaurants, or farms, or with wild animals, legal or illegal trade,” he said.

“I think there’s a lot more to be done in terms of both the genetic sequencing, as well as the analysis of the epidemiological investigation, before we’re all going to be confident that we know how this started,” Messonier says.

The widely reported story about the disease’s origin in the seafood market echoes what happened with SARS in 2003, says Brown University medical anthropologist Katherine Mason. Many blamed that disease, which ultimately killed 774 people, on civet cats from another wet market. Later research traced the infection back further, showing it had initially jumped to civet cats from bats. The disease didn’t start with the civet cats—they were just a step along the way. To really understand a pathogen’s provenance and evolution, you have to look more closely.

The origins of 2019-nCoV remain mysterious, but Huanan—or other wet markets—may well have helped its spread. “It is certainly possible that this virus has been circulating in humans prior to early December,” says Columbia University epidemiologist Ian Lipkin. “But there is no question that this virus moved into humans from an animal source,” he says. And with their mix of wild and domesticated animals, he adds, wet markets “are risks to public health.”

But these locations aren’t alone in their ability to help spread disease; other habits that seem less exotic to those in the United States, like farming pigs and traveling internationally, can play a crucial role in enabling outbreaks. Even industrialized food chains in the United States spread food-borne bacterial contagions in everything from lettuce to ground beef with dangerous frequency. The picture of where disease comes from is more complicated than one source, and 2019-nCoV is a tangled web we must still work to unravel.

Update: The headline of this story has been updated to reflect the pandemic nature of the novel coronavirus, SARS-CoV-2.