Celebrating The Good Viruses Of 2015

From possible cures to a new 'ome, some viruses became friends instead of foes 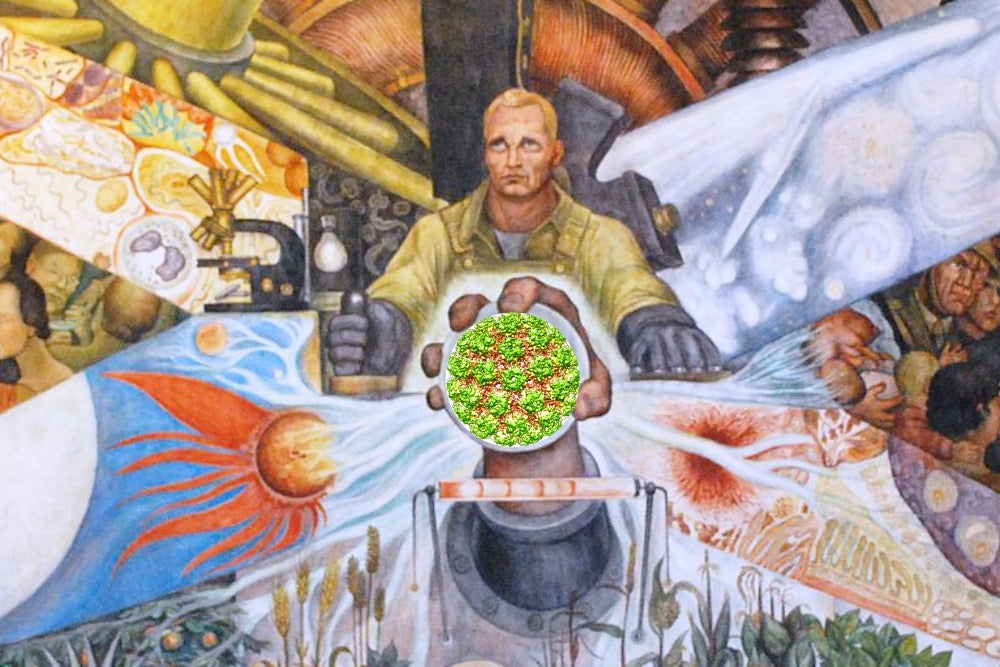 It’s been a banner year for microbes, but most of the spotlight has been given to bacteria. They have continually made news over the last 52 weeks with headline topics ranging from antibiotic resistance to foodborne outbreaks to the continuously expanding reach of the bacterial branch of the human microbiome.

But while the bacteria have been getting most of the attention, 2015 has also been a respectable year for viruses. Granted, not all the news has been good. Viruses are, after all, parasitic organisms requiring a host to survive and thrive. When that host happens to be human, the result can be illness, morbidity, and possible death. But as a result of some very intriguing studies, the role of viruses in our lives is much more valuable to us than simply cell invaders and killers.

While we may think of viruses as occasional infectious agents, we are continually occupied by them. They make up part of our overall microbiome, yet because of the continuing focus of microbiome research on bacteria, researchers developed their own term, the virome. The search for viruses in the human body, particularly the gut, has been ongoing for over a decade, but not until this year have we begun to understand their importance.

The reason stems from a change in focus from presence to interaction. The work has unveiled viruses make up the majority of microbes in the gut and may have a role in a variety of conditions such as Inflammatory Bowel Disease (IBD). The involvement of viruses in other locations such as the lungs, skin, and the oral cavity suggest 2016 will be an excellent year for understanding the role of these microscopic organisms in our everyday lives.

Apart from the contribution to our bodies, viruses have also demonstrated their value in other areas of health and medicine. Viral therapeutics have come a long way over the years and 2015 bore witness to some excellent results. For example, bacteriophages – viruses of bacteria – can be used as therapeutics to help control bacterial infections.

Phage therapy, as it is known, may offer assistance to cystic fibrosis patients by controlling the various species causing infection and pneumonia. Phages also may be used either to complement or replace antibiotics. In light of the rampant spread of antibiotic resistance, phage therapy has shown the potential to kill these drug-resisting bacteria and save lives.

While the potential for saving lives through viral treatments of bacterial infections is just hitting the road, viruses may have proven to be a possible highway to a cure for cancer. All across the world, companies have been working to develop virus-based therapeutics against this potentially deadly disease. The efforts have always held promise but now thanks to a recent decision by the FDA, the dreams may finally come to fruition.

In October, the FDA approved the first virus-based cancer therapy for melanoma. This milestone was long coming but it won’t be the first of its kind. Other therapies based on herpes simplex virus, vesicular stomatitis virus, and adenovirus produced great results over the year.

Moving forward, gene editing techniques could alter viruses such that they will be able to deliver a plethora of treatments ranging from drugs to vaccines. These could be made individually or in cocktails containing several virus types.

Of course, the positives of viruses should never take away from the pathogenic potential of certain species. Though we may look to viruses for improvement of health and medicine, we still have to remain diligent to avoid the types that cause illness and disease. While colds and flu continue to rage on in the United States, other potential troubles such as the Middle East Respiratory Syndrome Coronavirus (MERS-CoV) and Ebola still pose a significant threat in other areas of the world. Then there’s HIV. Over 1.2 million people are infected and there are about 50,000 new cases every year.

As we head to 2016, expect to hear more about the importance of viruses. Whether the focus will be their diversity, their applications, or their impact on health particularly in clinical trials, the vast scope of research will continue to unravel mysteries and fill in the blanks regarding their place on Earth and us. Regardless of what is to come, we will no doubt gain a greater appreciation for these microscopic organisms as both friend and foe.