Getting one at a spa increases your risk of infection. 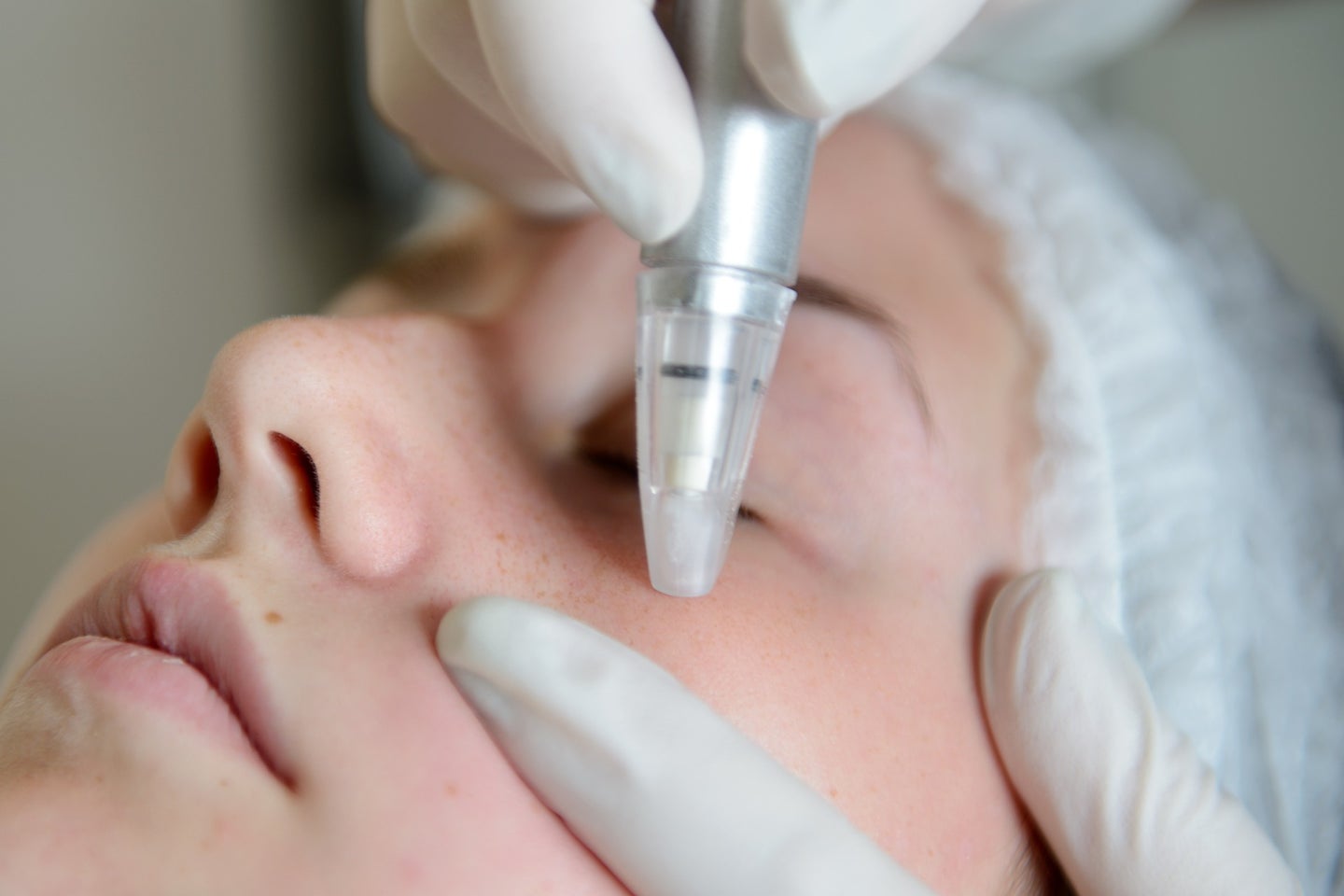 Last week, the New Mexico Department of Health released an alarming statement detailing that two people—and potentially more—may have contracted HIV via unsafe practices at a spa in Albuquerque. Both had received “vampire facials,” a cosmetic treatment that involves drawing a person’s blood from a vein in the arm, separating the yellow-ish plasma, and then injecting the pale liquid back into their face. Yes, really.

It might sound a little out-there, but research published within the last five years suggests the gory procedure might actually have legs—specifically, some versions of the treatment have been shown to improve skin texture in people with acne scarring, and rejuvenate complexions by plumping up saggy under-eye skin and brightening sun-damaged faces. More research is needed before we consider the treatment a dermatological mainstay, of course, but the initial clinical trials are quite promising.

Despite their potential, vampire facials can be dangerous if they’re not administered by a board-certified dermatologist, as evidenced by the heart-breaking situation in New Mexico. “[The treatment] seems so commonplace these days that people forget it’s a real medical procedure,” says Anthony Rossi, a board-certified dermatologist at the Memorial Sloan Kettering Cancer Center in New York.

Vampire facials, also known as blood facials or platelet-rich plasma (PRP) facials, became mainstream after Kim Kardashian had one and posted a bloody aftermath photo on Instagram back in 2013. Since then, countless influencers have popularized the trend—which can set you back anywhere from a few hundred bucks to upward of a thousand—posting their procedures and results all over YouTube and Instagram. It’s also become popular in the wellness sphere since spas and salons can advertise it as organic, additive-free, and all-natural. It’s literally just your own blood, after all!

But it’s easy to see how dangerous the facial can be outside of a medical setting when you break down how it works. First, the patient has their blood drawn just as they would for a medical test or blood donation. The physician, nurse, or spa employee then deposits that blood into a vial and drops the fluid into a machine called a centrifuge that spins it at an incredibly fast speed to separate the red blood cells from the plasma they float in. That plasma does much of the heavy-lifting in terms of boosting a complexion—it contains compounds called growth factors that are great for wound-healing, and can even remodel skin and scar tissue for the better, according to Rossi.

Next, that plasma—which is typically a clear-beige color—goes into a syringe and is injected into the patient’s face. For the most noticeable results, dermatologists and spa employees also use the plasma as a serum, and force it to seep deeper into the skin’s tissue layers by performing something called microneedling. Using either a pen-like or rolling tools with clusters of small, thin needles, the devices create hundreds of microscopic punctures on the face of their patient. Those tiny injuries kick the body’s inflammatory response into effect, causing it to synthesize collagen—that plump, squishy molecule responsible for youthful-looking skin—and repair scar tissue with the help of those plasma growth factors.

Rossi says patients love the vampire facial and other microneedling treatments because, although you do look like a blood-crazed vampire for a day or so, the downtime is generally minimal—you’re back to normal (or better even) in about a week. But, again, that doesn’t mean the procedure should be taken any less seriously. “Skin functions as one of our main barriers to disease,” he says. “When you puncture it, you allow things to cross,” which puts you at risk for infection.

Plus, blood has to be stored and transferred to numerous containers throughout this facial process. If diseases like HIV or hepatitis C or B lurk inside a blood sample, and those containers aren’t properly disposed of or sanitized, it’s not out of the question that an uninfected person could easily contract the infections at some point during their facial. Rossi says it could even be possible that blood and plasma in some spas and salons aren’t rigorously labeled as they would be in a hospital, causing employees to give a customer a facial with someone else’s blood.

That’s not to say all non-medical settings put your health at risk—plenty of spas administer vampire facials safely across the U.S. But the difference is, medical offices and hospitals administer them safely every time. Those settings undergo meticulous and constant oversight when it comes to blood storage and sanitation to prevent infecting one patient with another’s disease.

Thankfully, the spa in Albuquerque closed down in September of last year after a New Mexico Department of Health inspection identified their dangerous practices. Still, Rossi urges anyone looking at any procedure that involves blood and a needle to the face to seek care from a board-certified dermatologist instead of a spa employee. “The procedure itself is good,” he says, “we just have to be cautious of who’s doing it.”