Yes, the new coronavirus is mutating—but that’s not a bad thing 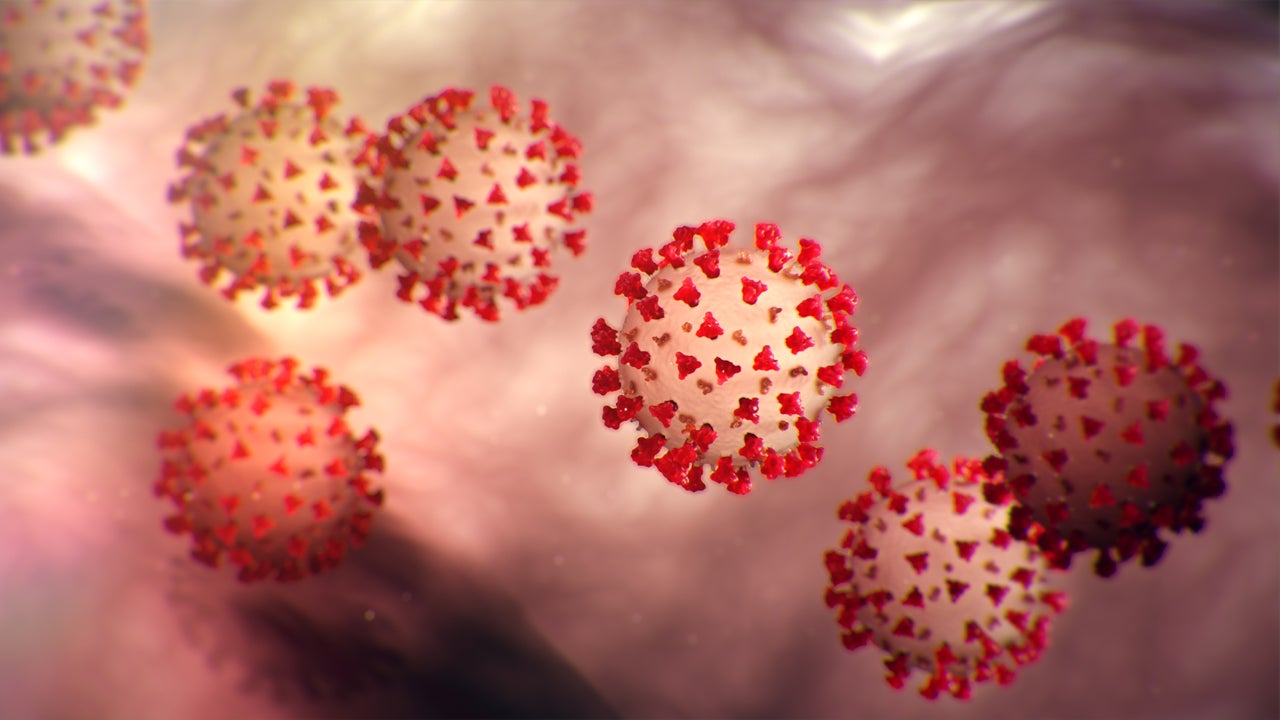 The coronavirus that causes COVID-19 is changing over time.

While scientists are still unsure whether viruses are actually alive (they can’t survive or replicate without the help of another lifeform, but inside one they clearly thrive), they do have DNA or RNA and copy it to make more versions of themselves. And like plants, animals, and bacteria, the new coronavirus will inevitably make mistakes during this process. These errors lead to mutations—changes in genetic material between the new virus and its parent.

All of this might sound unsettling. After all, we’re in the midst of a global crisis as the virus spreads around the world. Having it change on us unpredictably can seem scary. But just because the virus is mutating doesn’t mean that it’s suddenly going to become more dangerous. In fact, experts say, it’s very unlikely that SARS-CoV-2 (as the virus is officially known) will mutate in ways that change how the pandemic plays out.

“The rate at which this virus is mutating or evolving is not unexpected; it’s exactly what we would expect for a virus like this,” says Nathan Grubaugh, a virologist at the Yale School of Public Health in New Haven, Connecticut. “All viruses continuously evolve and there shouldn’t be anything alarming about the process in general.”

But there’s something about the idea of mutation that gets under people’s skin, Grubaugh acknowledged in a recent article in the journal Nature Microbiology. Fiction is filled with superheroes and deadly germs that owe their powers to mutations.

“As soon as the word ‘mutation’ comes into the story it means that something grand has happened, either for the better or worse,” he says. “And that’s just not the way that evolution works. We all have mutations. We all are genetically different from our ancestors.”

Viruses do mutate at a particularly high rate, especially ones like SARS-CoV-2 that use RNA for their genetic material. Unlike organisms that use DNA, these viruses don’t have the ability to fix mistakes that happen when they copy their genetic code. This means that RNA viruses tend to evolve more quickly than other organisms, says Richard Kuhn, a virologist and director of the Purdue Institute of Inflammation, Immunology and Infectious Disease in West Lafayette, Indiana.

However, the bulk of the mutations that appear as a virus spreads are either harmful to the virus itself (meaning it is less likely to survive or replicate) or don’t change how it functions. Additionally, the two characteristics that are of most concern right now—how contagious the virus is and how harmful it is to its hosts—are controlled by multiple genes, Grubaugh says. Changing these characteristics is a complicated process, and not often the work of a single mutation. So the odds of the virus mutating in such a way that it actually becomes more lethal or contagious over the timescale of weeks, months, or even a couple years aren’t very high.

In past outbreaks of other diseases such as SARS or Ebola, scientists haven’t seen evidence that a particular virus was mutating to become more deadly. “While there may be some mutations from time to time that arise that do have an epidemiological impact, it’s not very often that we actually find them,” Grubaugh says.

Coronaviruses can undergo major changes that make them more of a threat to people. After all, the ancestors of SARS-CoV-2 were only able to infect non-human animals. The virus did eventually mutate so it could transmit from animals to humans. But it probably didn’t gain this ability in one fell swoop. “These events happen over the course of many, many years,” Grubaugh says.

The new coronavirus has changed in subtle ways since the outbreak began in the city of Wuhan in China. On March 3, scientists in China reported that they’d identified two separate strains of SARS-CoV-2. However, these two versions of the virus are nearly identical overall, Grubaugh says. One does not seem more deadly than the other, and a vaccine for one would also protect against the other.

Regardless, confusion and misinformation about coronavirus mutations have proliferated on social media, says Kathleen Carley, the director of the Center for Informed Democracy and Social Cybersecurity at Carnegie Mellon University in Pittsburgh.

“People are afraid, they are shocked how fast it has spread compared to Ebola and SARS, and they don’t understand why it seems to have much higher rates in some countries than others,” she said in an email to Popular Science. “Mutation is an easy explanation for this. We prefer easy answers. But the truth is much more complicated.”

There are two situations where mutations can have a significant impact during an outbreak, Grubaugh says. It’s possible that a mutation could appear that doesn’t make the virus more dangerous to people but does slightly alter the region of the virus that diagnostic tests zero in on. This means our ability to test for the virus would be blunted. It’s important for scientists to track new mutations in SARS-CoV-2 so they can find out whether test kits ever need to be updated to spot new forms of the virus.

It’s also possible that SARS-CoV-2 could become resistant to antiviral drugs over time, similarly to how bacteria become impervious to antibiotics. If a drug wipes out all copies of the virus in a sick person’s body, the virus won’t have the chance to adapt. But if someone is infected with COVID-19 and a few copies of the viruses happen to have a mutation that helps them withstand the drug, and the sick person spreads them to somebody else, then those viruses would have an advantage over their peers and could become more common on a population level.

That’s why we’ll probably need more than one drug to combat COVID-19. Eventually, people will probably be given a cocktail of several drugs to clear out the virus. This strategy is why today’s treatments for HIV are so effective, Kuhn says. He expects that scientists will ultimately develop a variety of antiviral drugs that act on different parts of the virus.

“The whole idea behind the antiviral strategy and the vaccine strategy is that it’s not a single site we go after,” he says. “It’s much more difficult for the virus to mutate and become resistant if there are multiple sites that are being targeted.”

The good news is the novel coronavirus is not likely to mutate dramatically by the time we come out with a vaccine. It’s difficult for viruses to develop resistance to vaccines, except in rare cases such as influenza, Grubaugh says. Many viruses—including the ones that cause measles and yellow fever—have changed so slowly that vaccines developed many decades ago have remained effective against them.

It’s hard to know for sure, but right now the virus may not be facing too much pressure to adapt to its human hosts. “Obviously it’s moving quickly through the population, so it has the ability to replicate in humans very efficiently and it has the ability to move from one human to another,” Kuhn says. “I don’t think we’re going to see a lot of variation from what we’re seeing now in terms of the genetic makeup of the virus.”

And mutating to become more lethal to humans wouldn’t necessarily be in the virus’s best interests. “If a virus goes in and immediately kills its host, that’s usually not very good because that limits its ability to expand and infect new hosts,” Kuhn says.

As SARS-CoV-2 continues to spread, it will continue to develop mutations, and some of these mutations will stick around. Scientists can use these genetic-level changes to track when and where different strains of the virus have infected people, Grubaugh says. This can give us a sense of how outside variables like air travel, climate, or containment strategies affect the spread of the virus. Grubaugh and his colleagues are studying the genomes of viruses sampled from people in the New Haven area to investigate when SARS-CoV-2 could have been introduced and whether healthcare workers who catch COVID-19 are getting infected at the hospitals where they work or while they’re out in the community.