These are the best COVID-19 treatments right now

Plus: what we know about what Trump is (and isn’t) taking. 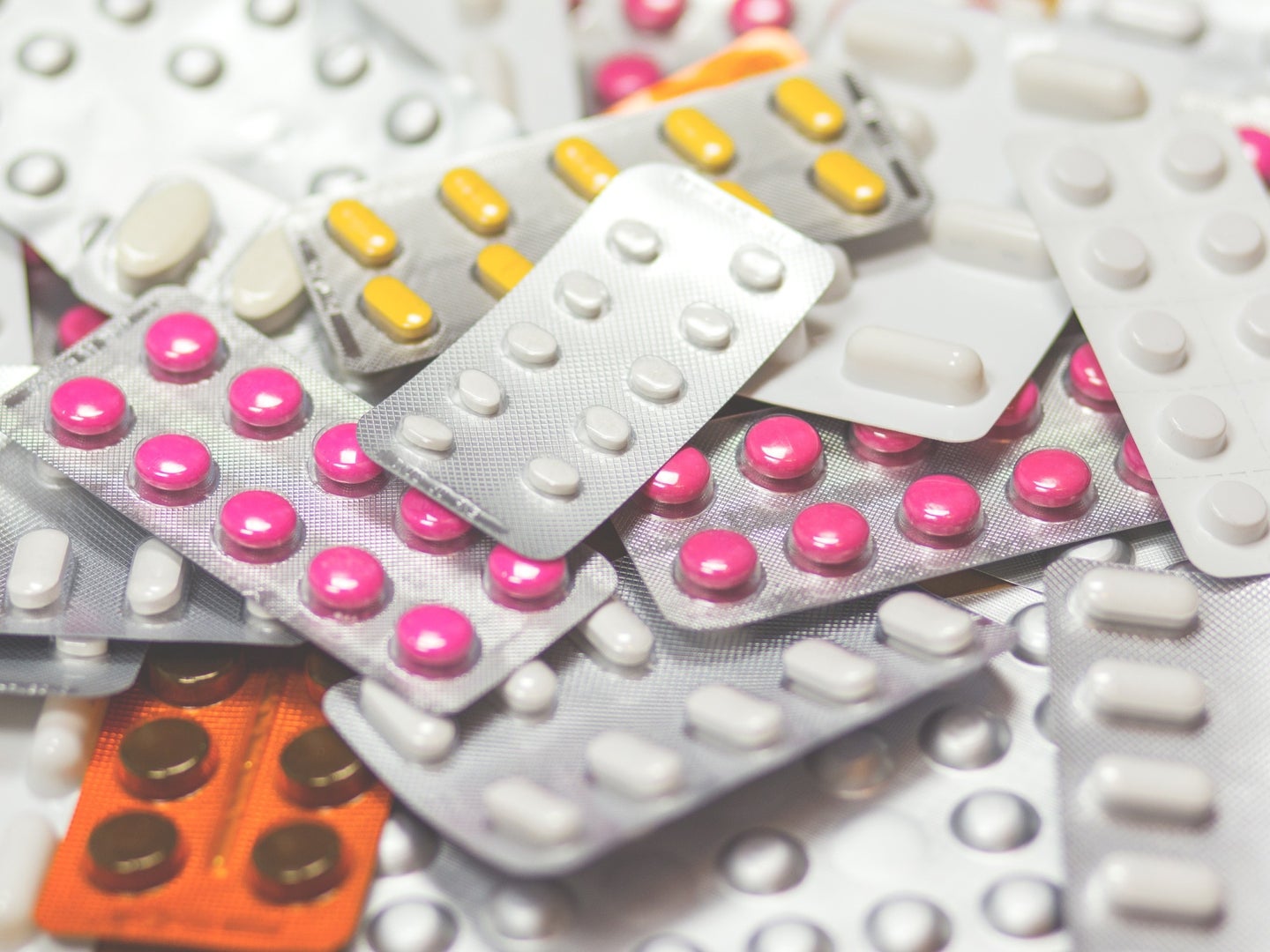 Even the few reliable treatments physicians have in their arsenal aren’t universally applicable for every COVID-19 patient. Pexels
SHARE

Early Friday morning, President Donald Trump announced on Twitter that he had tested positive for COVID-19. On Friday evening he was admitted to Walter Reed Medical Center in Washington, D.C.

Since his diagnosis, the president has received a cocktail of treatments, ranging from mild vitamin supplements to strong steroids. But how does his regimen stack up to the current evidence on COVID-19 treatments?

Unfortunately, there’s still no cure for the illness caused by SARS-CoV-2, and even six months into the global pandemic some of the most promising drugs and interventions are still in early- to mid-stage clinical trials, meaning they still have months to go (at least) until they are available to the public. On top of that, COVID-19 doesn’t seem to follow the same course in everyone; some folks experience mild symptoms or none at all while others come down with severe shortness of breath, lung damage and pneumonia, and extreme immune reactions that damage vital organs.

As such, even the few reliable treatments physicians have in their arsenal aren’t universally applicable for every COVID-19 patient. Here’s a breakdown of what treatments are available, how they work, and under what circumstances they might be used.

These medications are a type of antimicrobial drug—a category that also includes antibiotics. But unlike antibiotics, which destroy infectious bacterial cells (and often ones that are good for you, too), antiviral medications prevent viruses from replicating or attacking. They are designed to selectively target the viruses themselves and spare healthy human cells, making them relatively safe.

The most promising and popular antiviral drug currently being used to treat COVID-19 is Remdesivir, a medication produced by Gilead Sciences. Remdesivir isn’t new. In fact, it was originally designed to treat Ebola and Hepatitis, diseases caused by other viruses, but it wasn’t found to be particularly effective against them. In May, with the pandemic raging and doctors worldwide grasping at straws, researchers conducted a clinical trial wherein hospitalized COVID-19 patients received Remdesivir. The study’s results were modest: The treatment reduced recovery time of hospitalized patients from an average of 15 days to 11 days, but didn’t have any significant effects on overall mortality, other than potentially reducing death rates among those critically ill with the disease. Later investigations have shown that the drug might have a modest benefit for people with a less severe case of COVID-19 if they are given the drug early on in.

The FDA has given the drug emergency use authorization for these two purposes, though the strength of the evidence for Remdesivir’s effectiveness has faced criticism. President Trump’s medical team announced on October 3 that the commander-in-chief had started a five-day course of intravenous Remdesivir (the standard protocol).

Scientists have also been studying the effectiveness of other antivirals, though none have come close to even the modest success of Remdesivir. A drug called Favipiravir, which works to stop SARS-CoV-2 from replicating, is currently in larger clinical trials after showing some initial promise. Another, called MK-4482, which is being developed by Merck and Ridgeback Biotherapeutics, is expected to start a large Phase 3 clinical trial in October. And there are a flurry of other, similar antivirals that are either in late stages of lab testing (investigating how the drug works in cells in a Petri dish) or early stage clinical testing, but none have definitive results yet. These drugs include one called Recombinant ACE-2, which attaches to the SARS-CoV-2 virus and prevents it from attaching to human cells, which hasn’t yet been tested in animals or humans.

The notorious chloroquine and hydroxychloroquine are also antivirals, but this pair has yet to show any promise. The two cousin medications—originally designed to combat malaria—were thought to potentially be able to stop the new coronavirus from replicating, but more robust studies failed to confirm this. President Trump himself touted the supposed benefits of hydroxychloroquine relentlessly early on in the pandemic despite the lack of supporting scientific evidence.

The FDA even temporarily granted the drugs emergency use authorization for COVID-19, but has since taken it away, given data showing the drug has the potential to cause serious side effects. Though the World Health Organization and other major medical groups have stopped their trials, there are still a number of others that are ongoing.

Drugs that affect how the immune system responds and works

Because we don’t currently have a good way to simply eliminate the SARS-CoV-2 virus as it replicates in the body, scientists have been investigating ways to help the immune system fight it off. One treatment—known as convalescent plasma—starts by taking blood from patients who have already recovered from a viral disease. Doctors then separate the person’s plasma from the rest of their blood, and infuse the plasma into a patient currently battling the virus. Plasma contains all the antibodies that the immune system creates to combat SARS-CoV-2. The idea is to give a struggling COVID-19 patient’s immune system a head start in recognizing and fighting the pathogen.

Convalescent plasma treatment is an old idea—doctors even used it during the 1918 flu pandemic—but previous research hasn’t shown it to be incredibly useful or effective. Even so, based on a large clinical trial conducted by the Mayo Clinic involving thousands of patients, the FDA granted the treatment an emergency use authorization in late August. On September 1, the National Institutes of Health issued a statement that said despite this limited FDA-approval, “there are currently no data from well-controlled, adequately powered randomized clinical trials that demonstrate the efficacy and safety of convalescent plasma for the treatment of COVID-19.”

A cousin treatment, more or less inspired by convalescent plasma, has been given far more attention. Relying on what are called monoclonal antibodies, the treatment is essentially a more targeted version of the older therapy. Convalescent plasma contains numerous antibodies from its donor, and only some of them fend off SARS-CoV-2. By identifying the ones that fight COVID-19, isolating them, and replicating them in a lab, researchers hope to create a more reliable infusion for sick patients. Monoclonal antibodies also aren’t a totally new concept, and the method has shown some success in helping our bodies mount targeted immune responses against other diseases over the last several decades.

Two drug companies in particular, Eli Lily and Regeneron, have initiated early clinical trials of their monoclonal antibody products. On October 2, President Trump’s medical team announced that he had been given a single intravenous infusion of Regeneron’s experimental monoclonal antibody treatment. Regeneron’s in-house data on efficacy is still based on just a few hundred patients, so it’s impossible to say with certainty how safe or useful the treatment might be.

Steroids and other drugs that affect the immune system

Drugs like dexamethasone and other common steroids are used to dampen the effects of the immune system. In some people with COVID-19, the immune system mounts an inappropriately intense response to the pathogen. This can cause potentially life-threatening inflammation of the lungs and other vital organs.

Over the past six months, doctors have found that steroids, and in particular one called dexamethasone, can dampen these reactions. In fact, a study that enrolled more than 6,000 people found that the steroid reduced deaths in one third of patients on ventilators and one fifth of people receiving supplemental oxygen.

But there’s a catch with drugs like dexamethasone. Because steroids dampen the immune response, which the body uses to fight off viruses like the one that causes COVID-19, treatment with a steroid can cripple your body’s ability to keep the virus at bay. That’s why the drugs are typically used only in severe cases of COVID-19, where the benefits of treating potentially life-threatening immune responses outweighs the risks of a reduced immune response. If you give steroids to a patient who is not yet exhibiting signs of an overactive immune system, you may actually make them sicker by allowing SARS-CoV-2 to run amuck.

That’s why when President Trump’s medical team announced that he had been started on a course of dexamethasone, many critical care and infectious disease doctors, as well as virologists, took pause. Typically, receiving dexamethasone signals a severe case of COVID-19, which contrasts the sunny messaging of Trump and his medical team. Thomas McGinn, the physician-in-chief at Northwell Health, a large network of New York hospitals and physicians, told The New York Times that “the dexamethasone is the most mystifying of the drugs we’re seeing him being given at this point,” adding that the drug is typically only used if the patient’s condition is deteriorating. “It raises the question: Is he sicker than we’re hearing, or are they being overly aggressive because he is the president, in a way that could be potentially harmful?”

Scientists have also been investigating molecules called interferons. Our bodies naturally produce these proteins to help to fight viral invaders. Researchers in China, the U.K., and the U.S. are all investigating using lab-made interferons to help fight COVID-19. The NIH started a Phase 3 clinical trial in August investigating a medicine called Subcutaneous interferon beta-1a, made by Merck, which is already approved in the U.S. and other countries for treating multiple sclerosis. It’s not yet clear when results will be made public.

Doctors have investigated a huge variety of other drugs, supplements, and treatments that they suspected might help patients with COVID-19, but none of them have shown any real benefits.

According to Trump’s medical team, the president is currently taking Vitamin D, zinc, and famotidine (an antacid typically used for heartburn and known by its brand name Pepcid). Vitamin D has been investigated because of the beneficial role it plays in helping the immune system function, and some studies have found associations between low levels of Vitamin D and higher rates of COVID-19. But none of these studies prove Vitamin D influences COVID-19 outcomes. There have been some clinical trials initiated to investigate Vitamin D’s direct effect on COVID-19, but none have definitive results as of yet.

Similarly, there’s been some quiet buzz around zinc, which is the main ingredient in the homeopathic therapy Cold-Eeze. There is some good data that shows zinc can lessen the severity of the common cold if taken as soon as a person notices cold-like symptoms. Zinc’s shape means it can literally attach to the cold virus and prevent it from reaching healthy human cells. However, its abilities are limited, and it has never been found to prevent the cold completely; it only lessens symptoms, and only if taken quite early after infection. While they are both types of coronavirus, the common cold and SARS-CoV-2 are not the same, and we don’t yet have good data to prove zinc can work in the same way with COVID-19.

Famotidine, also known as Pepcid, has also been investigated. Some early anecdotal evidence suggested the extremely popular heartburn medication could help with COVID-19 symptoms, though the mechanisms are still unclear and haven’t been fully investigated. A pre-print meta-analysis that has yet to be peer-reviewed (a key component of any science paper) found famotidine might decrease the risk of mortality in hospitalized patients with moderate to severe bouts of COVID-19. However, the study noted that more evidence is needed before doctors should start using the drug routinely.