MDMA could be on the market legally by 2021 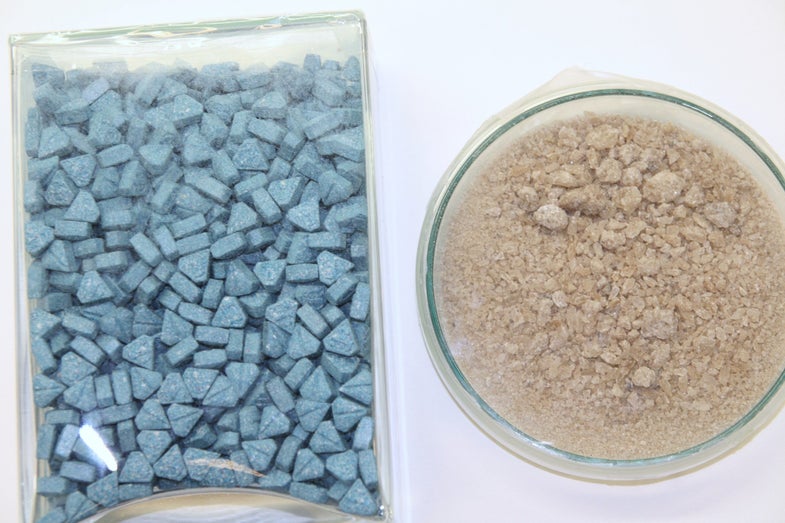 In small studies around the country, a handful of researchers have been investigating how MDMA-assisted psychotherapy can help heal the psychological and emotional damage caused by sexual assault, war, violent crime, and other traumas. Now, federal regulators have approved the drug for use in large-scale clinical trials too—a move that could set the stage for making “ecstasy” legally available as a new medicine.

The Phase III trials will involve at least 230 patients, and will be sponsored by the Multidisciplinary Association for Psychedelic Studies (MAPS), an organization that advocates for the medical use of various psychedelics, including MDMA (otherwise known as ecstasy or Molly or millennial aspirin). The organization funded early safety and efficacy trials of the drug in the past. And in one pilot study involving 19 PTSD patients, more than half experienced decreased symptoms for up to six years after receiving three doses of MDMA.

Subjects quoted in the study, which was published in the Journal of Psychopharmacology, said that the MDMA-assisted treatment was dramatically helpful (“The therapy made it possible for me to live”), but also difficult at times (“one of the toughest things I have ever done”). Several patients also described the drug as a mediator that helped them work through their feelings

The results aren’t surprising. MDMA is known to have an effect on the amygdala, the brain’s small, almond-shaped emotional processing center. That’s why the drug increases feelings of trust and empathy and reduces fear (without having the strong hallucinatory side effects of other psychedelics like LSD or psilocybin).

“The body of evidence that shows MDMA works is so strong and so encouraging,” Rick Doblin, the founder and executive director of MAPS said at the New Horizons Conference last month. In fact, Doblin was so optimistic about the drug’s potential that he’s helped researchers apply for a special “breakthrough therapy” status with the Food and Drug Administration. That means that if the Phase III trial is as successful as previous studies, the drug would be on the fast track for approval. If their proposal is approved, MDMA could be available for use in psychotherapy early as 2021.

Chemist Alexander Shulgin first recognized MDMA’s potential as a medicine over three decades ago. In his research on synthesizing psychoactive compounds, he tested it and other drugs in the lab and on himself. Later, he introduced MDMA to psychiatrists under the nickname Adam, and the drug gained a big following as an adjunct for therapy sessions. But once it made its way into dance clubs and became known as a party drug, the Drug Enforcement Administration made it a Schedule 1 substance and banned all use. Like marijuana, it has only recently re-emerged as legitimate medical research candidate.

By following strict scientific experimental procedures and setting protocols for how MDMA may be prescribed, Doblin has argued that it can be used as a therapy without ending up as a recreational use drug. “This is never going to be a take-home drug,” he said. “It’ll only be prescribed by doctors with special training, for people with specific conditions.”