The viral lineage leading to SARS-CoV-2 has likely been around for the past 40 to 70 years in bats. 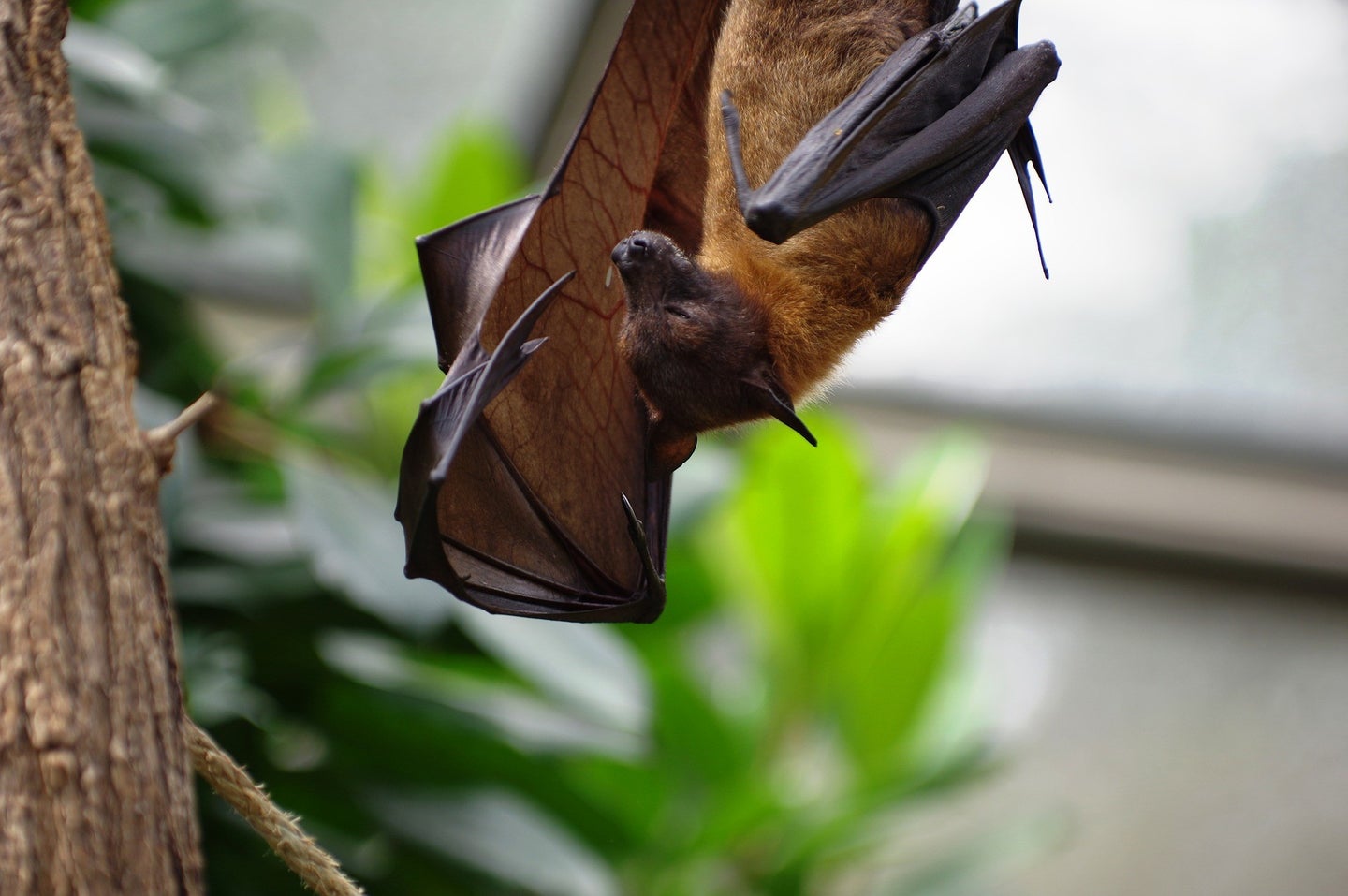 The viral lineage leading to the novel coronavirus—SARS-CoV-2—might have been “circulating unnoticed in bats for decades.”. Pixabay
SHARE

Scientists have been searching for the origins of SARS-CoV-2 (the virus that causes COVID-19) since the pandemic began. Early reports suggested the novel virus originated in bats before making a jump to an intermediate mammal (potentially the pangolin) and then to humans. While researchers have yet to pin down with certainty the exact trajectory the virus took to get to us, they surmise it likely originated in bats and did not *need* to pass through an intermediary species to get to us. Now, a study published yesterday in Nature Microbiology suggests the viral lineage leading to the novel coronavirus—SARS-CoV-2—might have been “circulating unnoticed in bats for decades.” If true, the study hints at the critical need for better monitoring of human-animal interfaces where zoonotic disease can spread.

“The purpose of this analysis is to see if the SARS-CoV-2 coronavirus has any siblings or cousins or other similar viruses in circulation anywhere,” says study author Maciej F. Boni, who is a professor of biology at Penn State. If there are close relatives out there, Boni and other researchers could compare their genome with SARS-CoV-2 to better understand how long SARS-CoV-2 has been around.

Boni and his colleagues compared SARS-CoV-2 to another virus sampled from horseshoe bats in 2013, which is part of the same subgenus, known as sarbecoviruses. By using several genetic sequencing techniques, they were able to estimate that the other virus, RaTG13, and SARS-CoV-2, split together from a common ancestor 40 to 70 years ago. They also included analyses of several sarbecoviruses found in pangolins that they think also originated in bats. They, too, seem to be related.

If more viruses are around, living in animal populations like bats or pangolins, it’s possible they could jump to humans, too. And given this analysis, “It’s quite likely that there are other lineagues circulating quietly in bats,” Boni says. “And it’s also quite likely that these lineages have the ability to infect human cells.”

Figuring all this out wasn’t an easy task, he says. Because coronaviruses are highly recombinant, which means they get their genetic material from many different sources in a relatively short period of time, researchers have to do a lot of extra work to figure out where its genetic traits come from. Boni and his colleagues had to understand which parts of the viral genome were related to the progenitor bat virus, and then study them in isolation from the other genetic material.

Normally, when scientists do this kind of analysis, they might have hundreds of samples going back in time that can clearly show how a virus evolved. But Boni’s team had just 68 sarbecovirus sequences.

That means the results of this particular study can’t tell the whole story of the virus’s evolution, says Shing Zhan, a doctoral student at the University of British Columbia. If more samples are found in the future, the story might change radically. But “this will give us a clue about what kind of human-animal interface this virus jumped from,” he says, and it’s the most comprehensive analysis to date.

The study also demonstrates the challenges of finding and tracking potentially pandemic-causing viruses that emerge in wild animals, the researchers write. “This underscores the need for a global network of real-time human disease surveillance systems…with the capacity to rapidly deploy genomic tools and functional studies for pathogen identification and characterization.”

Additionally, the paper suggests that there may not have been an intermediate host between bats and humans, as previous studies have suggested. “Since the beginning of this pandemic, China has been searching for the intermediate host,” says Alina Chan, a postdoctoral fellow at MIT’s Broad Institute. Pangolins are the most often named, she says, and while SARS-CoV-2 can infect both pangolins and people, it can also infect people straight from bats, meaning pangolins weren’t necessary to transmit the disease, although it’s still possible that they were the vector by which it reached humans.

The idea of an intermediate host has been talked about a lot, says Chan. But the fact that one has never been identified “raises a lot of questions,” she says. “I think this paper gets at some of the answers.”