President Trump wants to hold rallies this weekend. Could he spread COVID-19?

His physician’s assessment may be overly optimistic. 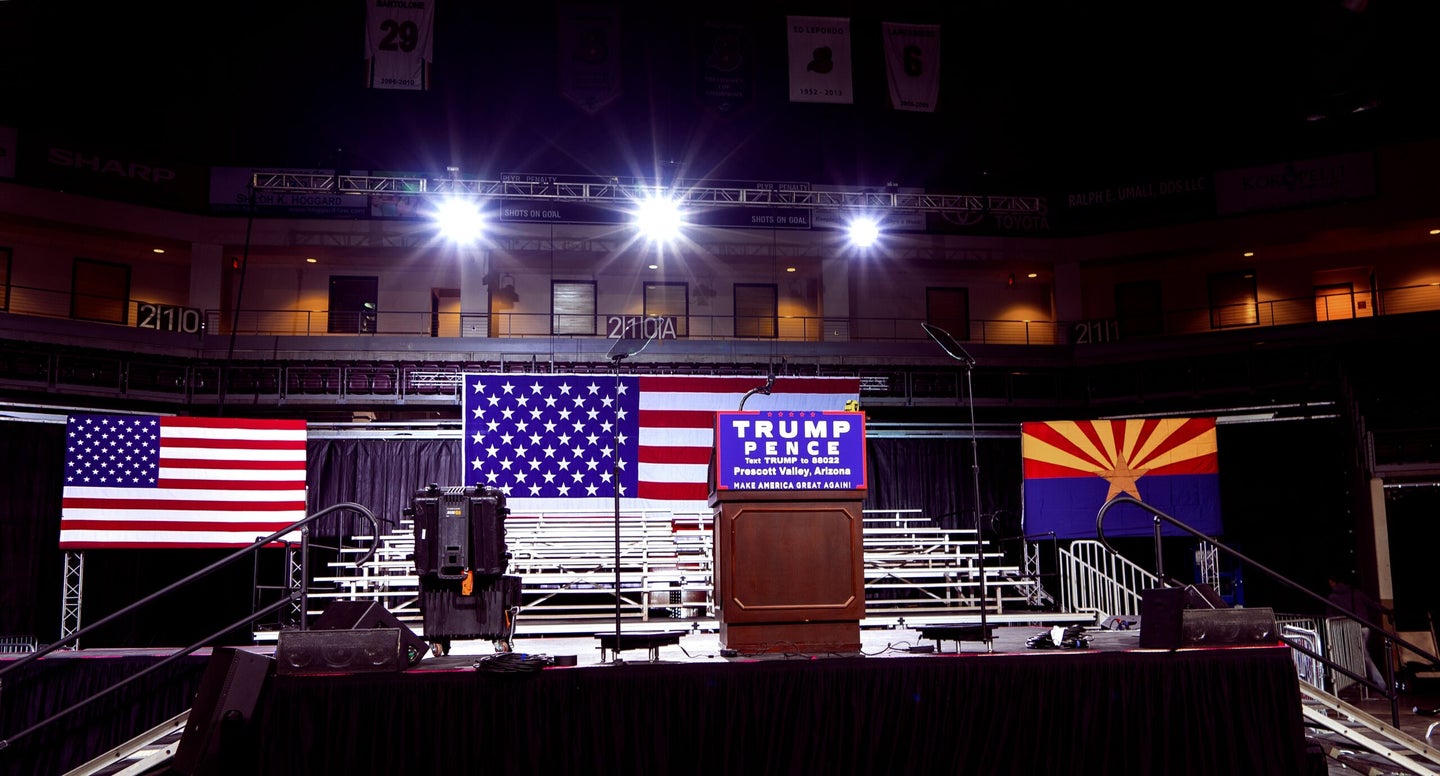 The stage of a 2016 Trump/Pence rally. The President has faced criticism for holding indoor events without enforcing mask wearing. Unsplash
SHARE

On Thursday, White House physician Sean P. Conley released a memo suggesting that President Donald Trump could return to “public engagements,” including a previously planned rally in Florida, as early as this weekend—just 10 days after his official diagnosis with COVID-19 and five days after his release from the hospital for related symptoms. Conley cited a “trajectory of advanced diagnostics” in his assessment. But many other experts are expressing confusion and skepticism about this timeline, as well as concern that President Trump could still be capable of spreading SARS-CoV-2 to others.

Conley’s recommendation is not necessarily off-base. The Centers for Disease Control and Prevention (CDC) advises COVID-19 patients to isolate themselves until at least 10 days after their symptoms first appear. But that timeline only applies if a person has been fever-free for 24 hours without any medication to lower their temperature, and if their COVID-19 symptoms have significantly improved. Conley’s latest memo did not include the president’s temperature, and the vitals listed don’t prove that he’s out of the woods.

In addition to a new antibody cocktail and other therapeutics, President Trump has received a course of intense steroids. By dampening the immune system and lowering inflammation, steroids can temporarily provide immense relief from symptoms such as respiratory distress and sometimes fever—as well as causing side effects such as increased energy, agitation, and aggression. It’s typical for patients on the drugs to artificially feel well.

“Anything from feeling like you’re on top of the world … your arthritic aches and pains of age just melt away, you have lots of energy,” Celine Gounder, assistant professor of medicine and infectious diseases at New York University School of Medicine, told NPR. “There may be some grandiosity.”

Conley has reported that Trump has completed all of his treatments for COVID-19, but it’s not clear when the president stopped taking corticosteroids. Patients typically taper off to lower doses, and it’s possible for symptoms to flare back up as the drugs leave their system.

There’s also reason to be cautious at this stage of any COVID-19 infection, because it’s when many patients with more severe symptoms start to take a downward turn. There’s also increasing evidence that certain COVID-19 symptoms—especially extreme fatigue—can last for months.

Even if President Trump is still at risk of becoming seriously ill again, it’s likely, though not at all certain, that he’s no longer highly infectious. But given that he’s consistently held indoor rallies without enforcing mask-wearing or social distancing, it would be reasonable for his physicians to err on the side of caution with regard to his ability to spread the novel coronavirus. Evidence shows that crowded, indoor gatherings—especially those where masks aren’t worn—are hotspots for SARS-CoV-2 transmission. Several other politicians and members of the White House staff have also tested positive for COVID-19 since the president’s diagnosis. And the White House still hasn’t disclosed when his last negative test was before he became ill, leaving questions as to how many events he attended, like the first debate, while possibly contagious.