Focusing on soccer may have a troubling effect on teenage girls 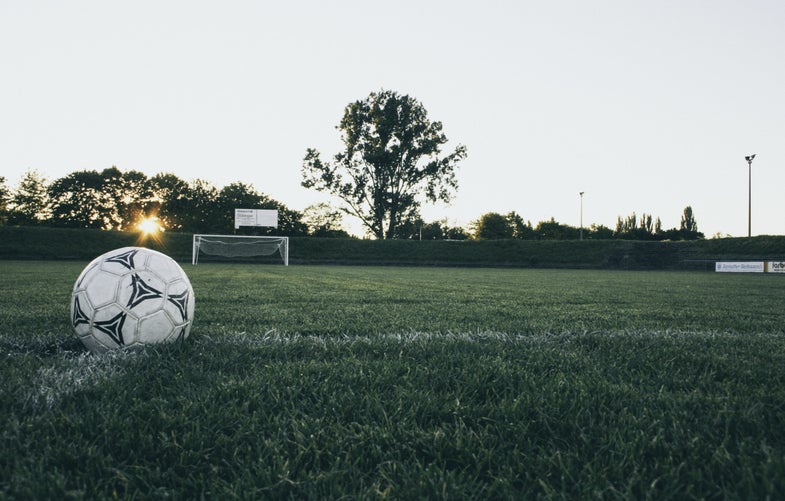 In youth athletics, as anyone who has ever been around it can tell you, every sport is a blood sport. Competition for top spots, high pressure to succeed, and the allure of a college scholarship are pushing younger and younger kids to pick just one sport and stick to it. But research shows that early specialization doesn’t lead to any particular advantage—and there are downsides, too. Kids who specialize have higher risk of injury and, according to a new study, might also lose out on a good night’s sleep.

High school-aged girls who only played soccer had lower sleep quality, higher stress and more fatigue than teammates who also participated in other sports, according to a research presented on Saturday at the annual meeting of the American Academy of Pediatrics.

Drew Watson, who studies sports medicine at the University of Wisconsin, followed 49 girls between the ages of 13 and 18 who played for a Wisconsin soccer club for the four months of the fall season, asking them to record their daily training regimens, soreness, sleep quality, and stress level. Though all of the athletes played soccer year-round, some of the girls also played other sports. Those that had left other teams to focus on soccer were considered specialized.

Because all of the girls in the study played for the same club, they all trained roughly the same amount and at the same intensity. “A lot of the concerns about specialization are muddied by the worry that specialized athletes have a higher training load,” Watson says. But in this study, training wasn’t a factor in the differences seen between the specialized and non-specialized groups.

All of the players in the study reported similar amounts of sleep, but the athletes who were only playing soccer weren’t sleeping as well. Though Watson notes that he can’t prove it based on the data, he thinks that that the lower sleep quality for the young women who only played soccer might be driving some of the other factors, like the increased soreness and stress.

Last year, the researchers conducted a study that found a worse daily mood and lower quality of sleep was connected with increased injury risk for adolescent female soccer players. However, although the specialized group in this new study had increased fatigue and soreness, Watson and his colleagues didn’t actually test their rate of injury.

Cynthia LaBella, the medical director at the Institute for Sports Medicine at the Children’s Hospital of Chicago who wasn’t involved in the study, says she was glad it included questions about sleep. “That’s kind of a hot topic right now in sports medicine,” she says. “We’re seeing more and more studies where we’re looking at sleep as a factor—not just how does sports participation affect sleeping habits but the opposite as well, in how the quantity and quality of sleep affects sports performance.”

It’s difficult to say why the athletes who specialized in soccer showed these patterns, Watson says. Based on the data, he can’t conclude if specialization causes the lower sleep quality, for example, or if there’s something else about athletes who don’t sleep as well that makes them inclined to specialize. LaBella speculated that the intense focus on one sport might increase stress. “If all your eggs are in one basket, you really feel more stressed than you would if you have other options. You don’t feel as compelled to have to try so hard at one thing.”

Regardless, the differences between the two groups is significant enough to warrant attention. Watson says sleep might be the best way to begin addressing the gap, and should be a point of emphasis for both specialized and non-specialized athletes. “The most important intervention we can do for this group and others is start prioritizing sleep,” he says.

The next step, Watson says, is to see if the findings can be generalized to groups of boys, and athletes from other sports. “Any time you have a single club, you don’t have a lot of heterogeneity,” he says. It will take larger, more varied groups of young athletes to determine what circumstances are generally harmful. LaBella says she’d be interested to see data on athletes at other levels of their sport. “This really focuses on this high level athlete, and it would be helpful to do the same kind of a study in a group of recreational players,” she says.

For Watson, the study results show that more work is needed to understand the factors involved when young players decide to focus their time and energy on a single sport. “We need to do a little better job of characterizing those who chose to specialize or not.”