Premature babies get worse healthcare if they’re not white

Something's wrong in the NICU. 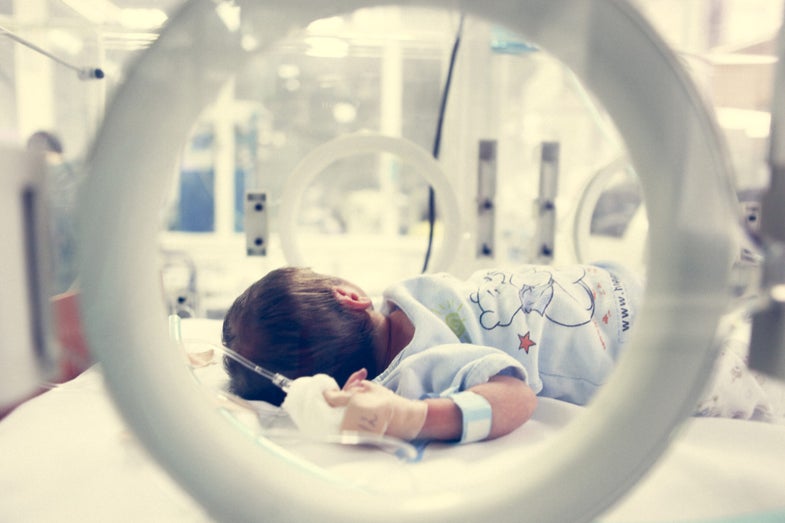 Babies dubbed “very low birth weight infants” are born at less than three pounds five ounces—about the size of a cantaloupe. They’re typically many weeks premature, and usually have to spend around the first 50 days of their lives in a neonatal intensive care unit.

These babies already start off behind the curve, and the medical care they receive in the NICU is critical to ensure that they grow and thrive. But according to a new study, race and ethnicity might play a role in the attention they receive there.

The study, published last week in the journal Pediatrics, looked at the quality of care given to over 18,000 Very Low Birth Weight infants in 134 California NICUs over four years. The researchers quantified this using the Baby-MONITOR system, which aggregates nine health measures (including both delivery of care, like timely eye exams, and health problems, like development of lung disease) into a composite score. The tool was designed by Jochen Profit, the lead author on the study and the chief scientific officer at the California Perinatal Quality Care Collaborative.

An enormous body of social and medical research shows that white people tend to be healthier, get better medical care, and have better medical outcomes than other racial and ethnic groups. The goal of these types of studies is to nail down where specific disparities happen, and try to figure out the best places to intervene and prevent them. Past research on differences in health care for premature infants focused on how well the babies ultimately did, Profit says. But that research couldn’t explain what exactly was going wrong—only that race seemed to affect outcomes. “We wanted to shine a light on whether we can find variation in care delivery,” he says.

The quality of care given to infants in California varies widely, according to the study, with Baby-MONITOR scores all over the map. When Profit and his colleagues looked at the population overall, Hispanic babies tended to have lower quality of care scores than other ethnic groups, while African American babies had higher rates of chronic lung disease—and weren’t growing as fast.

His team then broke the data down further to look at individual NICUs. Within the majority of hospitals, white babies had better scores than Hispanic or African American newborns. But interestingly, in a few NICUs, that overall pattern was reversed. Specifically, in some NICU’s where the overall quality of care—for all babies—was notably low, African American babies had better scores than white babies. The reason behind the handful of flips is unknown, but Profit suggests that some clinics who primarily serve a non-white population might be positioned to give them better care.

The large differences in both overall care across the state, and racial and ethnic disparities between NICUs was surprising, Profit says. But it indicates that there are probably many reasons why care might suffer for certain groups, and that the reasons might vary between clinics. Interactions with patients’ families and other social factors might play a role, he says, or some NICUs might not have the resources to add programs, personnel or tools that might help improve care.

Scott Lorch, a pediatrician at the Children’s Hospital of Philadelphia, says that though the data is valuable, researchers need to pay more attention to the underlying reasons for overall disparities in health care. “The main takeaway is that differences exist,” he says. “We’re really great at describing differences, but we don’t really understand the drivers of difference. That’s a really really important part that really informs what type of interventions need to be implemented to try and reduce or eliminate them.”

Profit says that most of the participating NICUs were excited to see the results of the study, and hopes they can use the information to improve their care. “We want to directly highlight to the NICU’s what’s going on in their unit, and if there’s an issue, work with them to address it.”