COVID-19 antibodies might not last long, but immunity still could

Cases have doubled in seven states over the past two weeks. 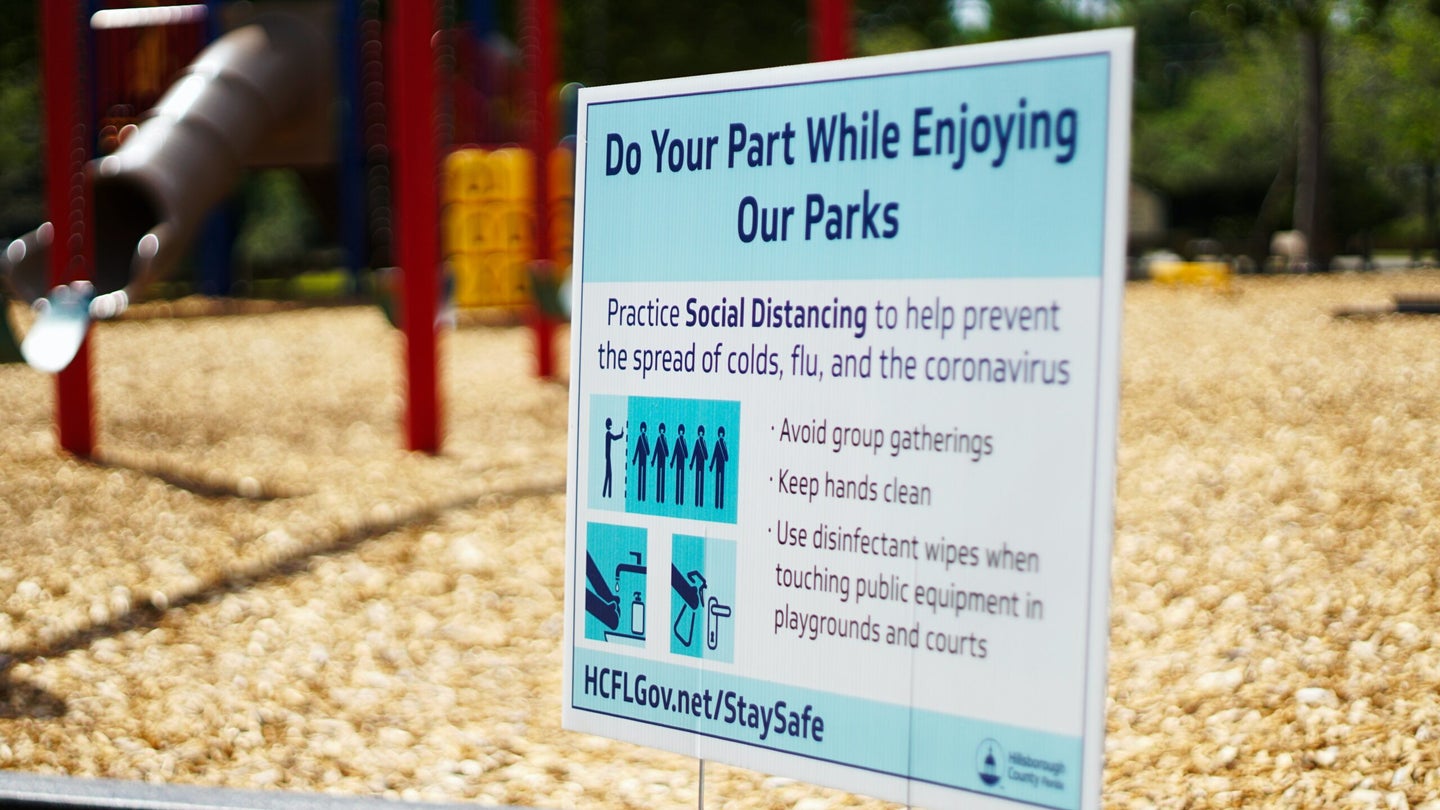 In the United States alone, new cases are rising in 26 states, according to NPR, including Oklahoma, Florida, South Carolina, and Arizona, all of which are seeing 100 percent-plus increases in confirmed cases. Unsplash
SHARE

This weekend marked the official start to summer—a season usually filled with outdoor barbecues, pool parties, and long, lazy nights. But this year, summer is set to look far different. Recent data shows that the coronavirus pandemic is still raging across the country and around the world. The United States makes up 20 percent of all new documented cases of COVID-19 worldwide, The New York Times reported this morning, although Americans make up only 4.3 percent of the world’s population. This makes following social distancing best practices vital. Here’s everything you need to know for the week.

The WHO reported it’s highest single-day increase in COVID-19 cases. Additionally, half of US states have announced rises in coronavirus infections.

On Sunday, the World Health Organization announced a total of 183,000 new cases of the novel virus, according to Al Jazeera, which marks the highest 24-hour spike yet. Brazil, with 54,771 cases, had the most, followed by the United States with 36,617, and India came after with a daily count of 15,400. Epidemiologists say this increase in known cases is likely due to a combination of more testing as well as the novel virus creeping into more corners of the world.

In the United States alone, new cases are rising in 26 states, according to NPR, including Oklahoma, Florida, South Carolina, and Arizona, all of which are seeing 100 percent-plus increases in confirmed cases. Some epidemiologists predict that states like Florida and South Carolina could be future outbreak epicenters. In Florida and South Carolina, data shows that most of the new cases have been in younger people, many between the ages of 18 to 24. Additionally, the state has seen younger populations congregating in larger groups that defy social distancing rules.

A prescription steroid called dexamethasone reduces mortality in people with severe COVID-19 symptoms, according to a recent study

In some critical cases of COVID-19, people’s immune systems go into overdrive. The resulting inflammation that ensues often damages organ systems in a process known in the medical field as a “cytokine storm”, creating a life-threatening situation. In work pre-published by researchers at the University of Oxford on Tuesday, treating this inflammation with a common steroid called dexamethasone reduces mortality of patients on ventilators by one third and deaths of patients on oxygen by one fifth. The Oxford researchers say they will provide more detail on their work soon.

As of now, there’s no standard treatment for COVID-19, other than providing oxygen and ventilators as needed. If this medication continues to show similar positive results, it could help to save lives. Researchers of the Oxford study found that up to 5,000 deaths could have been prevented in the UK, according to The New York Times, which is about 11 percent of the total number of deaths—42,647— due to the novel virus to date in Britain.

A new study published in Nature Medicine this week adds new insight to a key pandemic question: How long do antibodies—those proteins the immune system makes to fight off future coronavirus infections—remain in the body? In the new study, those infected with the virus had antibodies for up to three to four months, much shorter than some researchers had hoped, Reuters reports.

However, what this means for an individual’s chances of getting reinfected with the virus is still unclear. Even having low levels of antibodies could still mean you are fully protected from future infections and more research is needed to understand what antibody-positive tests really mean for public health.

Delta plans to restart flights from US to China

Today, Delta Airlines announced it would resume flights to China, the first US airline company to restart air travel to China since mid-March, according to The Hill. Along with other safety precautions, middle seats will remain empty and each cabin will max out passengers at 60 percent capacity. Restricting flights across the world has been a key component to reducing the spread of the virus, as reports have shown that travel via airlines has been a key way the virus made its way across the US, especially in particularly popular destinations like New York City, Los Angeles, and San Francisco, among others.

The Navajo Nation is the second-largest Native American tribe, spread across Arizona, Utah, and New Mexico with a population of 173,667. The nation has also experienced a higher death rate per person than any individual state throughout the pandemic, according to The Guardian. As of this week, the nation’s tribal leaders have reinforced a lockdown, which had been loosening in the past few weeks despite concerns over rising cases in states like Arizona.

“Arizona relaxed its preventive measures, and the number of cases and hospitalizations continue to drastically increase,” said Navajo nation president Jonathan Nez in a virtual hall last week, according to The Guardian. “We cannot put our nation in the same situation. We will continue to rely on science and data as we fight this pandemic.”

For the next two weekends, the Navajo Nation will have a 57-hour lockdown which permits essential travel only and mandates face coverings. During the weekdays stay-at-home orders are still in effect with less strict lockdowns.