Is it possible to boost your immune system?

Every question you’ve ever wanted to know about how not to get sick, answered. 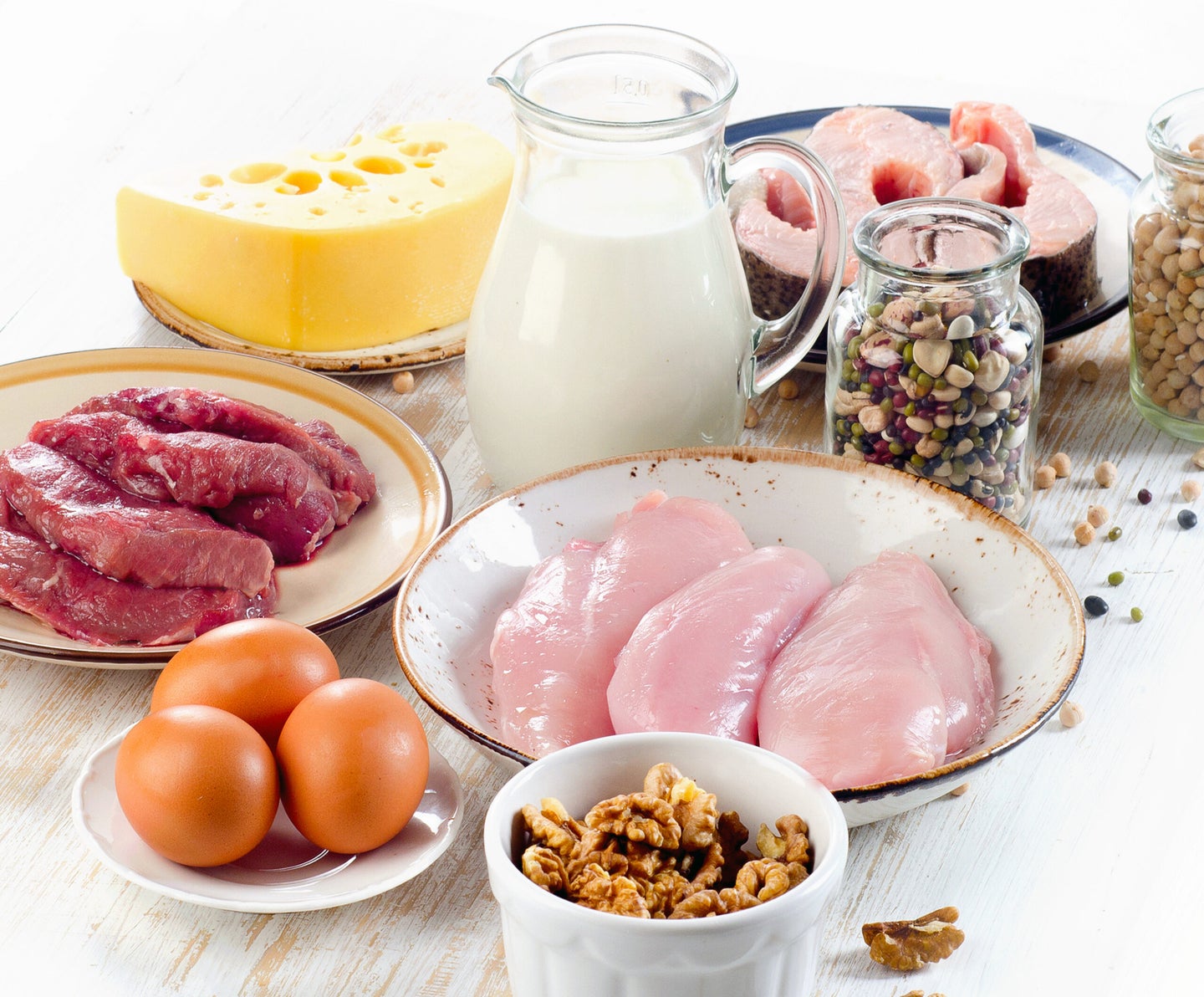 Eating foods high in protein, some studies have found, could help your immune system get ready to spring to action when an infection hits. Deposit Photos
SHARE

Follow all of PopSci’s COVID-19 coverage here, including the most recent numbers, tips on how to make your own masks, and advice on what to donate for health care workers.

Everyone wants to be that person that never gets sick. The one at the office who somehow skips out on the bug that’s traveling from cubicle to cubicle, or the one that doesn’t come down with a cold even when their entire family falls victim. Today, in the wake of the COVID-19 pandemic, this goal seems even more imperative.

The idea of being able to do certain activities or eat something specific to boost your immune system such that you can become an illness-fighting ninja sounds incredibly enticing. But unfortunately, it’s not exactly how the immune system works. There’s no way to bolster your disease-fighting white blood cells to make you impenetrable to the coronavirus. However, there are things you can do—namely getting enough sleep, eating well, and taking in proper doses of certain vitamins, like Vitamin D— that will help ensure your immune system is working at its best in the event you do become infected with SARS-CoV-2, which causes COVID-19.

Our bodies’ immune systems are broken down into two different categories, innate and adaptive. The former is made up of non-specific proteins and cells that come to action in any type of injury or illness, even a scrape to the leg. But the latter—the adaptive immune system—is far more specific. When you get a cold, the flu, or the novel coronavirus, cells within your adaptive immune system rush out to identify exactly what that sickness is. Once they do, they cleverly design immune cells to find and kill that infection. Those cells remain in the body such that when you come in contact with that virus or bacteria or other infectious agent again, your immune system knows exactly what to do. That’s why it’s incredibly difficult, if not impossible, to get the same (exact) infection twice.

This memory mechanism is very cool and convenient. It’s also why vaccines work. The vaccine is a tiny bit of virus or bacteria (usually a dead version). When injected, your immune system creates cells that kill the intruder. Your immune system then remembers the infection so that when you come in contact with it again, your body knows exactly how to kill it. But the key component here is the sequence of events: Come in contact with the virus, then develop immunity to it. Unfortunately, it can’t work the other way around. So the idea of boosting the immune system until it can fight off any infection you get just doesn’t make any sense. There are countless cold viruses (known as rhinoviruses) and various forms of the flu (which is a big reason why the flu vaccine isn’t always as effective as doctors hope) and there’s no way to train the body to fight all of them.

But there is hope. Your innate and adaptive immune system both need the right types of cells in the right quantities to work properly. If you want to give yourself a fighting chance, figuring out the best way to maintain the right number of immune cells is key. How do you do that?

As a whole, “our immune system is tightly regulated,” says Meyer. We don’t have the tools to boost one part versus another. And even if we did have that ability, it wouldn’t necessarily benefit us. Having an increased number of a certain type of immune cell is not a good idea if there’s no immediate infection. It could potentially lead to overall inflammation in the body or even an autoimmune disease, and there’s just no need for it. You don’t want an immune system in a constant state of activity; you want one that can act quickly and effectively when an infection hits.

That being said, Meyer says, what we eat and our patterns of behavior can impact an immune system’s overall health. And in certain cases, this has been well documented with thorough studies.

There are the obvious factors, like getting the proper amount of sleep (eight hours for adults). Sleep affects the immune system in a number of ways. Some studies show that when you are sick, sleep might help to distribute certain immune cells to the lymph nodes, where they go to work fighting off infections. Sleep also plays a key role in actually creating the right immune cells to fight off disease. In one study, researchers gave participants the hepatitis A vaccine. That night, they sent half the study participants to bed for a full night’s sleep and had the other half pull an all-nighter. Then, they looked at how effective the vaccine was by analyzing the amount of antibodies—proteins produced by the adaptive immune cells that are specific to certain infections, in this case hepatitis A—the participants produced in response to the injection. Four weeks later, on average, the ones that slept regularly on that first night had twice the number of antibodies to the hepatitis infection than the ones that didn’t get their Zzzz.

On the micronutrient scale, there are also a few standouts. Perhaps the most well-studied is zinc. A few very good, double-blind, placebo-controlled trials using zinc lozenges at the start of a common cold (known as the rhinoviruses) significantly reduced the duration and severity of the infection. A comprehensive review of nearly 20 trials and more than 1,700 participants showed that zinc decreased symptom duration of the common cold as well. And researchers have an idea of the mechanism through which it works. Due to the unique shape of the rhinovirus as well as the nutrient, zinc is able to literally attach itself to the virus, and prevent it from further infecting the person. So eating foods with zinc on a regular basis—which include red meat, seafood, and whole grains as well as some fortified foods like breakfast cereals—and taking zinc supplements can prevent and decrease the severity of the infection, says Meyer.

While zinc, by far, has had the most promising studies done, other micronutrients have also shown to influence the immune system. For example, a study done in Japan with healthcare workers who are constantly exposed to infections like influenza showed that taking green tea catechins, a type of flavonoid antioxidant, corresponded with a lower-confirmed incidence of influenza, though that lower amount was not significant. Researchers have also studied the effects of Vitamin D supplementation on the immune system. One study, out of the British Medical Journal, found that Vitamin D supplementation provided a reduced risk of acute respiratory tract infection. And another, done on school-aged children in Japan, found that Vitamin D supplementation reduced the risk of influenza A. But more studies are of course needed before any more definitive conclusions or recommendations can be drawn.

This all means that eating a wide variety of fruits and vegetables will probably help your body maintain a healthy and stable immune system; one that can jump into action as soon as you need it. And of course, get your flu shot. No excuses.