The chosen drugs might offer more clues to his condition. 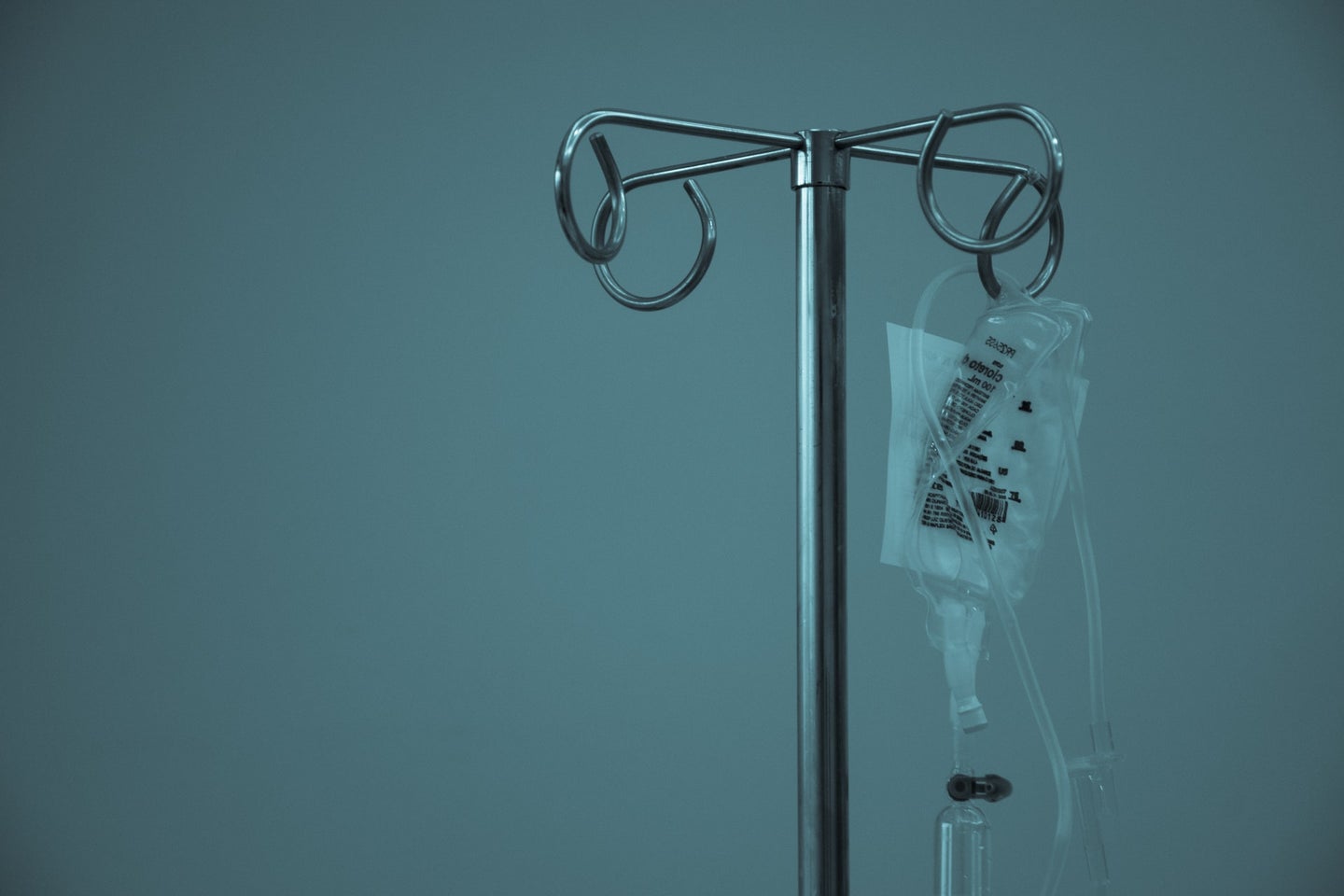 One of the president's treatments is quite controversial. unsplash
SHARE

After confirming early on Friday morning that President Donald Trump tested positive for SARS-CoV-2, White House physicians have sent mixed messages about the leader’s condition. Trump’s lead physician Sean Conley stated in a press conference on Saturday that the president had been sick for 72 hours, which would mean he’d attended several events after receiving a diagnosis on Wednesday morning. The White House has since said this is not the case, but reports remain confusing. While Chief of Staff Mark Meadows said on Saturday that the commander-in-chief’s vital signs were “very concerning,” tweets from President Trump and those close to him maintained that he was feeling well and reviewing documents from Walter Reed National Military Medical Center in Maryland. On Sunday, his medical team confirmed that his oxygen levels had dropped to concerning levels for a second time on Friday, and that he’d suffered a high fever during that time, which seemed to contradict earlier statements.

“I didn’t want to give any information that might steer the course of illness in another direction, and in doing so, you know, it came off that we were trying to hide something, which wasn’t necessarily true,” Conley said in a press conference on Sunday. He added that the president could return to the White House as early as Monday.

While we may not know for sure how the president is faring, we do know some of his treatment protocol. According to Conley, he’s received a single dose of an experimental antibody treatment from Regeneron Pharmaceuticals, as well as a multi-day course of the antiviral medication remdesivir. At a press conference on Sunday, his medical team announced that he’d also been given the steroid dexamethasone.

Remdesivir is a drug owned by the US pharmaceutical company Gilead, originally designed to combat Ebola. It’s an antiviral, and works not by killing the virus directly, but by inhibiting its development and replication. While remdesivir stands out as a particularly promising treatment among other potential therapies for COVID-19, its actual level of efficacy is still being determined. When speculating on possible treatments for President Trump with reporters from STAT, several clinicians noted that remdesivir would be a likely and reasonable choice if the president displayed symptoms. The National Institute of Health currently recommends that remdesivir only be administered to patients sick enough to require supplemental oxygen, which the White House previously claimed wasn’t the case for the commander-in-chief. His medical team has now confirmed that he received supplemental oxygen on Friday, but it is not clear whether he has required any since.

President Trump’s other therapies are more controversial. Regeneron’s product REGN-COV2, which is a combination of two antibodies designed to fight against the virus that causes COVID-19, has not yet received approval or authorization from the Food and Drug Administration. The president received the drug directly from Regeneron Pharmaceuticals—companies are allowed to give out unapproved drugs at their own discretion. The first data on Regeneron’s efficacy in lowering viral spread within the body was just released on Tuesday, and is based on a late-stage clinical trial of just 275 patients.

And while the steroid dexamethasone has proven helpful in patients with serious COVID-19 symptoms, it could actually make symptoms worse if administered too soon. Steroids help to dampen a patient’s immune response, which can cut down on dangerous inflammation in later stages of the disease. But in mild cases, when the immune system is adequately-but-not-over-actively fighting the virus, steroids can actually make things worse. The National Institute of Health only recommends steroids for patients already on ventilators or supplementary oxygen.

President Trump’s COVID-19 diagnosis comes amid a slew of positive test results among prominent members of the Republican party, leading epidemiologists to suggest that a White House event on September 26 may have aided the novel coronavirus’s spread. While the main event took place in the Rose Garden—an outdoor venue, which experts say is the safest way for crowds to gather without risking exposure—smaller groups also convened inside the White House. Most attendees did not wear masks in either setting. Gathering indoors without protective masks puts individuals at very high risk of spreading COVID-19.