Scientists may have confirmed you can catch COVID-19 twice 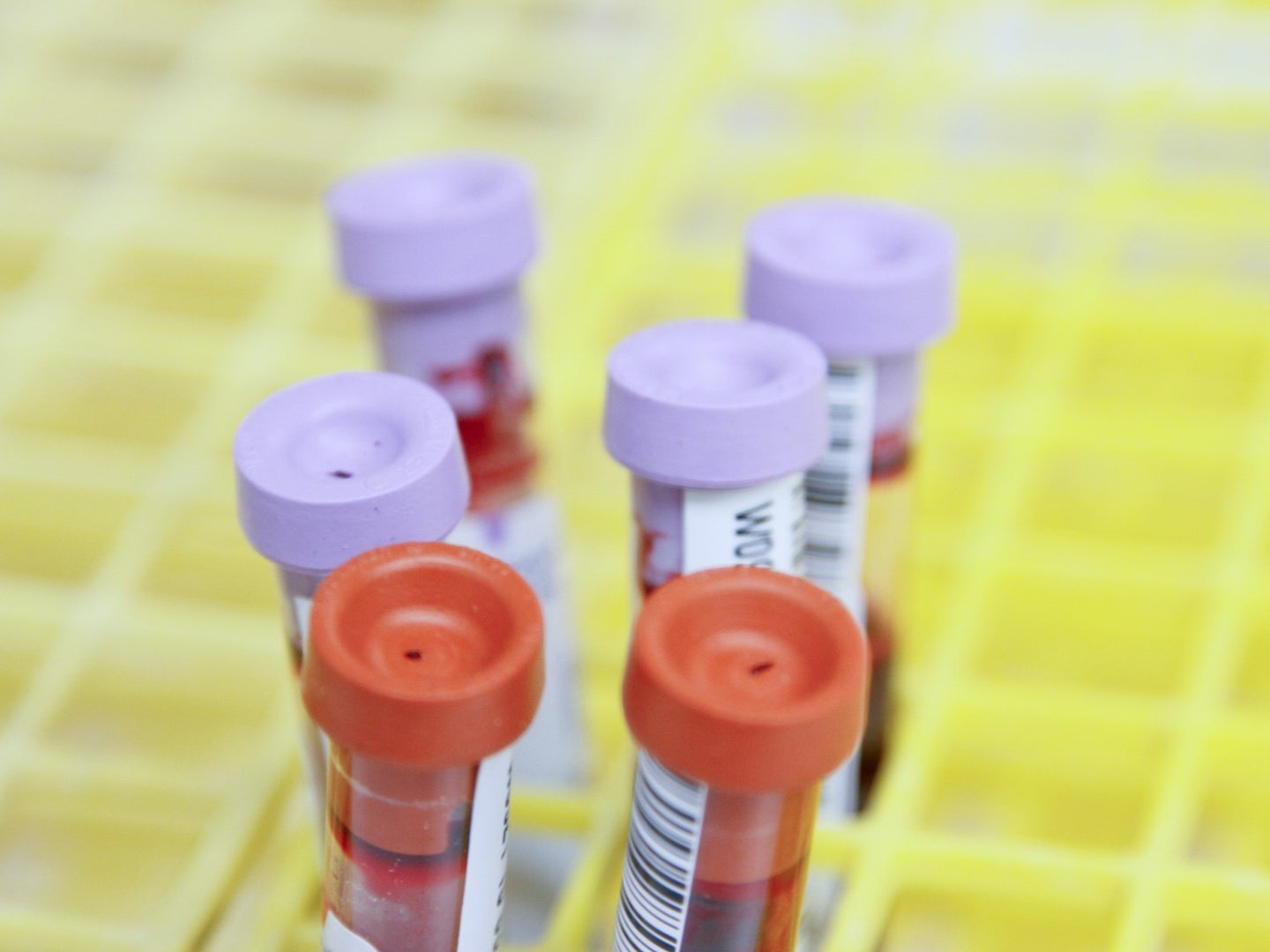 At a news conference on Sunday, President Donald Trump touted this treatment as a “major therapeutic breakthrough,” with a 35 percent mortality reduction. But no one has been able to pinpoint where that percentage comes from. Unsplash
SHARE

As COVID-19 continues to rage in many parts of the country, public health experts warn people that it’s important to keep practicing proper social distancing. Even relatively small gatherings, and ones held outdoors, have helped to spread the virus. Following social distancing and wearing masks are still key to curtailing the pandemic. Here’s more of the latest news on the novel coronavirus.

On Sunday, the Food and Drug Administration (FDA) gave the okay for physicians to use convalescent plasma in patients with COVID-19. This treatment involves extracting antibody-rich blood plasma from people who have already recovered from COVID-19, and infusing into people currently battling the disease. The idea is that the antibodies in the plasma will start fighting off the novel coronavirus immediately, and potentially kickstart the infected person’s immune system to create antibodies of its own.

FDA emergency use authorizations have been issued a number of times over the course of the pandemic, and the designation doesn’t mean the drug or treatment in question has received full approval from the FDA. Usually, to gain a green light from the government agency, medications and other treatments must undergo a series of three trials involving thousands of people. An emergency use authorization means that the FDA has deemed that there’s reasonable evidence that the drug may be effective and that the treatment’s benefits outweigh its known risks.

But many physicians and scientists studying plasma’s effectiveness argue that this might not be the case. At a news conference on Sunday, President Donald Trump touted this treatment as a “major therapeutic breakthrough,” with a 35 percent mortality reduction. But no one has been able to pinpoint where that percentage comes from. The approval seems to hinge on a study conducted at the Mayo Clinic and the National Institutes of Health that showed a small, but statistically significant reduction in mortality in people hospitalized with COVID-19 who received the plasma in the early stages of their disease—within three days of the onset of their symptoms. However, as outside experts have noted, the study had no placebo and it has yet to be published in a scientific journal.

While tens of thousands of patients had already received convalescent plasma before the FDA’s announcement, some experts are concerned that the emergency use authorization will lead to a greater demand of plasma, perhaps preventing it from reaching patients who could see the most benefit.

“We’re going to get a gold rush towards plasma, with patients demanding it and doctors demanding it for their patients,” Art Caplan, the founding head of the Division of Medical Ethics at NYU School of Medicine, told CNN.

Some parts of the country have reached positive milestones, but others are still seeing spiking cases

New York and New Jersey, states that were both early coronavirus hotspots, have reported signs of improvement. On Saturday, New Jersey Governor Phil Murphy reported that the state had its lowest number of COVID-related hospitalizations since March 24, according to CNN. And in New York, Governor Andrew Cuomo reported that the state’s infection rate has stayed below 1 percent for a record 15 days in a row.

But across the nation, other states are still experiencing surging case loads. In California, which is also in the midst of raging forest fires, the death toll for the novel coronavirus is almost at 12,000. And on Saturday, Georgia reached a death toll of 5,000. Check here to see how your state is faring.

As some states, especially ones that were either once hotspots or have maintained low cases from the start of the pandemic, continue to reopen, it’s important to remember to practice social distancing. While meeting with the same small group of people (so-called social bubbles or quaranteams) can work in some situations, larger gatherings with family or friends are still risky. This week, public health officials in Maine reported an outbreak of the novel virus that seems to have originated at a wedding reception held in the state.

According to the Portland Press Herald, the wedding reception had 65 attendees, which exceeds the state maximum of 50 for indoor gatherings. Maine health officials are still conducting contact tracing, but so far, they’ve linked 53 cases of COVID-19 to the reception, which was held on August 7. According to the CDC, the cases appear to be both secondary and tertiary to the event, meaning that people who did not attend the wedding but were in contact with someone who was have been infected as well. There’s been one confirmed death tied to the wedding so far—and the deceased was not actually present at the event, but caught it from someone who was. This is a stern reminder that, while taking small risks can be appropriate at times, one does not just put their own health on the line when they decide to bend social distancing rules.

This event isn’t the only tragic failure of human behavior. Nebraska health officials have traced seven cases of COVID-19 to a motorcycle rally held in the state for 10 days starting on August 7. Minnesota health officials have connected 15 confirmed COVID-19 cases to the same rally, and it’s likely that many more attendees with mild or nonexistent symptoms will remain unreported. If you’re attending an outdoor event such as a concert or rally, epidemiologists and other experts say that the best way to prevent transmission is to wear a mask that securely covers your nose and mouth, wash or sanitize your hands as frequently as possible, avoid touching your face, maintain at least six feet of distance from people outside your immediate household, and go home if you feel even a little bit sick.

If you do choose to attend a gathering, in addition to the precautions listed above, public health experts note that heavily limiting your exposure to the outside world for two weeks before and after the fact minimizes your risk of either bringing COVID-19 to the party or spreading an infection you caught during the festivities. If you or someone you interacted with starts to show even mild symptoms, health officials recommend getting tested right away—and being honest with your doctor and with contact tracers about where you’ve been.

Whether or not a person can be reinfected with the novel coronavirus is a question at the top of everyone’s minds, particularly those of immunologists and other health experts. Anecdotal cases over the past few months have suggested that reinfection could be possible, but most were concluded to be an error in testing. This week, researchers based in Hong Kong report what they believe to be the first case of true coronavirus infection. According to the report, the man had been infected with SARS-CoV-2 back in March. He tested positive again during a screening to re-enter Hong Kong after traveling to Spain and the UK.

Researchers at the University of Hong Kong sequenced viral particles from the patient’s two infections and reported that they did not match, meaning that the first infection wasn’t connected to the second.

How long immunity to the novel coronavirus lasts is still unknown, but immunologists and virus experts weren’t surprised that the virus caused this reinfection, according to STAT. Further, the man’s second infection was asymptomatic. This could mean that although his immune system didn’t totally prevent infection, it did seem to stop the virus from spreading out of control. Researchers also surmise that if reinfection is possible, it could be rarer than we thought, and only show up in a handful of cases. Over the coming months and years, researchers will begin to unravel some of these clues.

Regardless, as STAT points out, the Hong Kong case study also means that people who have recovered from COVID-19 should likely still follow social distancing practices and wear a mask, and should get vaccinated when a vaccine is made available.