Female orgasms aren’t all that mysterious

A new study suggests it's pretty easy to figure out. 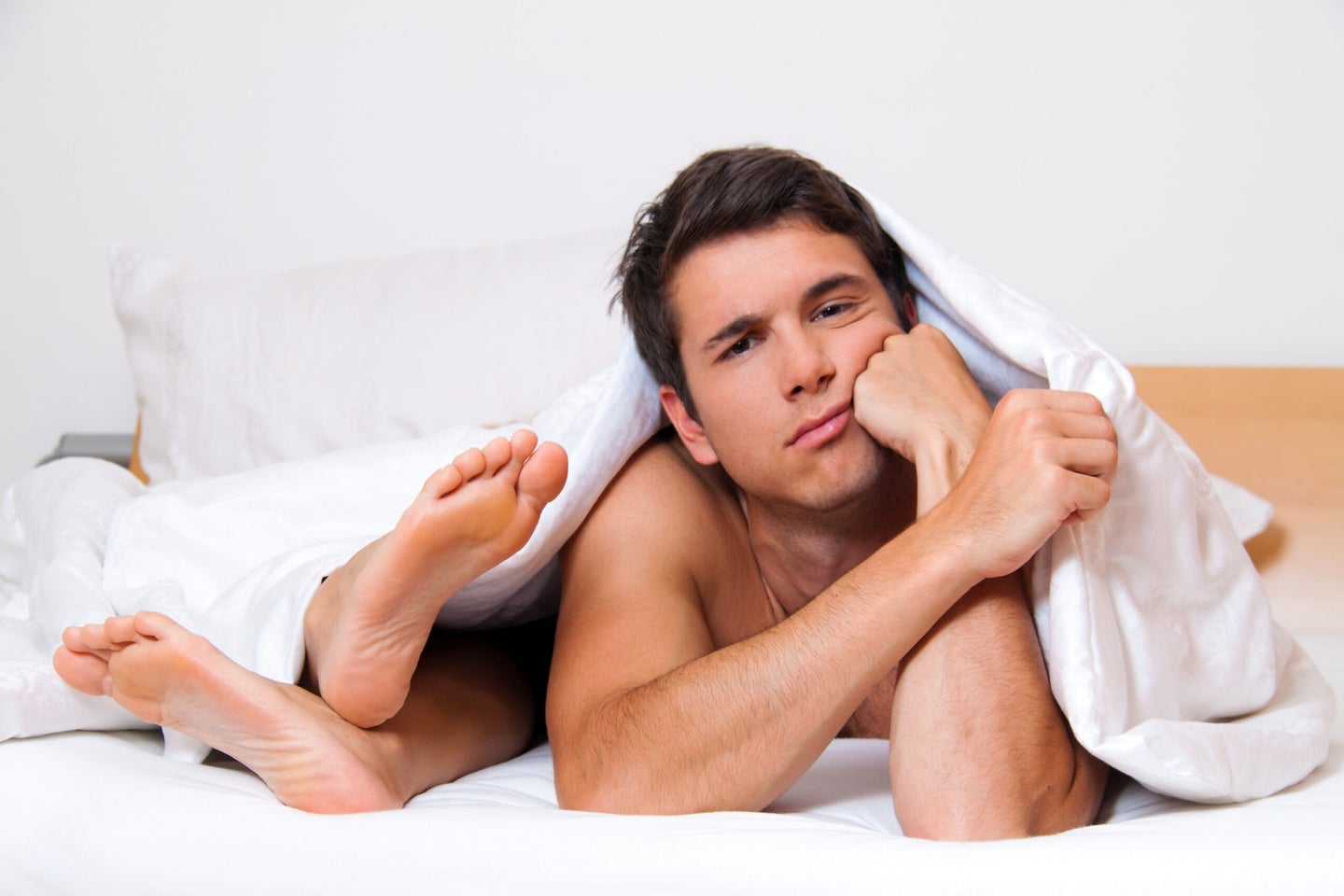 Look at how confused this man is about female orgasms. Depositphotos
SHARE

We’ve somehow gotten it into our heads, societally speaking, that femininity is an enigma. If men are dogs, then women are cats—fickle, inscrutable, and liable to swat at you if you touch them wrong. Turns out, though, it’s pretty clear what women like, sexually. All it takes to figure it out is a partner who’s willing to pay attention.

So listen up. A new study surveyed over 1,000 women about their sexual preferences, and it turns out they’re pretty consistent.

Most people with vulvas and vaginas enjoy direct clitoral stimulation with a medium to light touch in a up-down or circular motion. Congratulations—you’re a sex genius now. Of course, everyone is different, gender is weird, bodies are wild, and your results may vary. Some people will orgasm from very atypical things, and some people won’t orgasm at all—no matter how much they enjoy sex. Then again, heterosexual, cisgender men have variations in sexual stimulation preferences, too—and somehow avoid gaining a gender-wide reputation for being impossible to please in bed. There’s broad advice that anyone will offer: pay attention to the penis. Repeat things that elicit positive responses. Listen to feedback. What if… what if that worked on people without penises, too?

Clitorises (or clitori, if you prefer the faux-Latin) are kind of like tiny penises anyway. When human fetuses develop, there’s a bit called the genital tubercle, which sounds like a particularly virulent STD but is actually the precursor to both the penis and the clitoris. If the fetus produces testosterone, the genital tubercle turns into a penis. If not, it becomes a clitoris, which forms from exactly the same tissue as would have otherwise become the glans and upper shaft.

So: if you encounter a clitoris, treat it as you would the tip of your penis. Direct stimulation is a popular choice, as this recent survey highlights, and consistency is the key to getting most people over the edge. Plenty of folks can climax without clitoral stimulation, but they generally orgasm more frequently—and with higher intensity—if there’s some external touching.

In fairness, there’s a pervasive idea that all women are unique flowers who get off in entirely different ways. Plenty of people with vaginas believe it, too. They get told their whole lives that their bodies are hard to please, so it shouldn’t be a surprise that many of us are intimidated and confused by the prospect of eliciting a clitoral orgasm.

There are a lot of societal factors here that add up to disappointment and frustration in the bedroom (or wherever). But there don’t have to be.

Genitalia is just not that complicated. At the end of the day, participants in the survey mostly wanted the same things. Sixty-six percent of them said they liked direct clitoral stimulation, and 45 percent said they liked touching right around the clitoris (they could select more than one preference). Up-down and circular motions were by far the most popular, with 63.7 and 51.6 percent voting for each respectively.

The question of pressure was slightly more divisive. About a third said they liked medium pressure, and slightly less than a third liked light pressure. And before people go throwing their hands up about how mysterious and unknowable that is, consider this: just 1 in 10 study participants said they wanted firm pressure. Almost everyone else wants light or medium.

The most variation was in the preferred pattern of stimulation. Lots of study subjects liked multiple patterns—repeated and rhythmic, switching it up, edging. The only things that a minority of respondents preferred were multiple orgasms with no break in between, and asymmetry in the motion. This should honestly come as a comfort. Most people are open to many different options.

Oh, and it doesn’t even have to take that long. Less than one in five said that lengthy sex made an orgasm better.

That being said, it’s worth remembering that not everyone is going to have an orgasm, and it’s certainly not always going to happen at the most opportune time. One survey found that some four percent of women considered themselves incapable of climax, while many more had gone through periods of their lives where orgasming was particularly difficult or impossible. And some men have anorgasmia, too. Assuming that hitting the right buttons and turning the right knobs will work for everyone is a problem in its own right, adding undue pressures on the would-be-orgasm-haver. As with most things, it’s about the journey—not the destination.

The important thing is that you not use the supposed mystery of your partner’s body as an excuse not to try to show them a good time. If you’re still intimidated, ask your partner what it is they like to do, and do your best to do it. And if you’re really feeling aimless, please: consider the clit.