There are more immunocompromised Americans than we think, and that’s a problem with COVID-19 vaccines

People with compromised immune systems are potentially at-risk for a serious case of COVID-19. 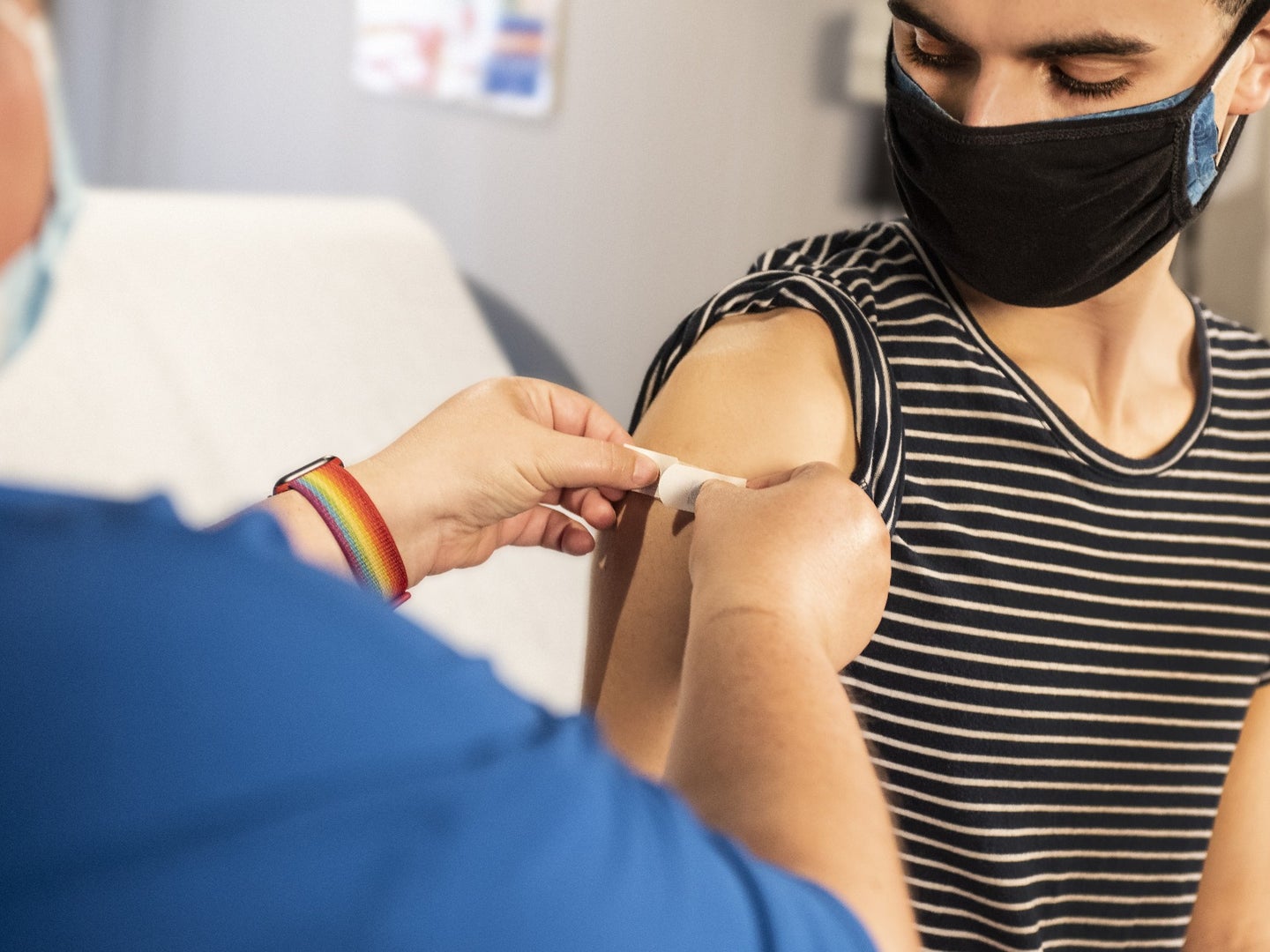 A new study found that out of a group of over 3 million insured US patients between ages 18 and 64, 2.8 percent were on immunosuppressive drugs.
SHARE

The COVID-19 pandemic has held an extra layer of uncertainty for immunocompromised people, who in some cases face an increased risk of contracting severe disease. As the Washington Post recently reported, researchers are also concerned about whether vaccines offer sufficient protection for certain immunocompromised people, like transplant recipients and people with blood cancers—leaving them potentially at-risk for a serious case of COVID-19 as the CDC’s new unmasking guidelines come into effect.

Some people categorized as immunocompromised have conditions that affect the way their immune systems function, while others take medications that prevent their immune system from operating the way it normally would. A new study published in the journal JAMA Network Open aimed to quantify the second group. The study found that out of a group of over 3 million insured US patients between ages 18 and 64, 2.8 percent were on immunosuppressive drugs.

“When scientists were looking at these immunosuppressive medications and deciding the importance of their role in the pandemic, there wasn’t really a lot of data available on just how many Americans were immunosuppressed,” says lead author Beth Wallace, a rheumatologist at the University of Michigan.

“The research gives us a sense of how much of the population is immune compromised specifically due to medications,” says Emily Ricotta, an epidemiologist at the NIH who was not involved in the research. “A lot of the time, when people think ‘immune compromised’ they think HIV, or some rare disease, or possibly cancer. But ‘immune compromised’ can actually mean many things, especially if it is due to medications.” And all together, these populations are exactly who herd immunity—now considered an unlikely outcome by many epidemiologists—is meant to protect.

[Read more: How long will we keep wearing masks?]

“There’s a lot of patients in the country that are immune-suppressed due to drug use,” says Jeffrey Sparks, assistant professor of medicine at Harvard Medical School, who was not involved in the research. “And it was, I thought, very important to quantify exactly how many adults within these age brackets are immune-suppressed.”

Folks in the study considered immunocompromised took medications that ranged from common steroids to chemotherapy drugs and medicines that target a very specific pathway in the immune system, such as TNF inhibitors. The researchers used data from Clinformatics Data Mart, an insurance claims database, to examine data from anonymized patients ages 18 to 65 who were covered by Optum, a company associated with the insurance company UnitedHealth Group. The researchers focused on the years 2018 and 2019.

The study found that around two-thirds of the patients considered to be immunocompromised in that time period were prescribed oral steroids, and that over 40 percent took oral steroids for over 30 days. The most frequently-prescribed medications included the steroid prednisone, followed by methotrexate, an immune system suppressant used to treat many autoimmune conditions and certain cancers, and the steroid methylprednisolone. The most common diagnoses associated with drug-related immunosuppression were cancer, immune-mediated conditions, such as inflammatory bowel disease and autoimmune diseases like rheumatoid arthritis, and skin conditions like eczema and psoriasis.

While many immunosuppressive drugs may not significantly affect COVID-19 risk, Wallace says, “certain medications, most notably steroid medications, like prednisone, do seem to increase the risk of severe illness from COVID-19.” Of note, some steroids, particularly dexamethasone, have been effective at treating severe COVID-19, but being on steroids at the moment of infection seems to put people on a negative trajectory, says Sparks.

The researchers note that there is still a lot they don’t know. For one, we don’t know exactly how immunosuppressive drugs affect susceptibility or outcomes of COVID-19, says Sparks. There are varying degrees of immunosuppression, and different medications and dosages might affect disease risk and vaccine response differently. Whether it’s the drug or the reason they’re using the drug that puts people at risk is also under a bit of debate, Sparks notes. “And we’re also filling in the picture about how it might affect vaccine response,” he says. But early research suggests that steroids known as glucocorticoids, as well as a few other specific medications, “seem to really blunt the response of vaccines.” (Experts recommend that immunocompromised people still get a COVID-19 vaccine, and researchers are examining potential fixes like booster shots or monoclonal antibodies.)

There are also several factors that limit their findings. Claims data, Wallace says, makes it difficult to know exactly why certain drugs were prescribed, or at what precise dose they were taken. People over 64 and under 18 are not included, and data on inpatient medications is limited because of the way those claims are billed. The study was also limited to a group of people who had health insurance. The study’s limitations could result in either overestimation or underestimation of immunocompromization in the community, notes Ricotta.

For Wallace, the big takeaway is that, particularly nowadays, providers may need to exercise caution when prescribing oral steroids—to consider whether there’s adequate data supporting their use for a given condition, and to consider the minimum dose and duration when prescribing them. Chemotherapy treatments or medications like methotrexate are typically only prescribed when needed, she says. But many doctors prescribe steroids fairly liberally, she says, for short-term conditions like bronchitis or allergic reactions that might have other viable treatments.