You can actually be allergic to exercise

Some people have a real excuse to skip the gym. 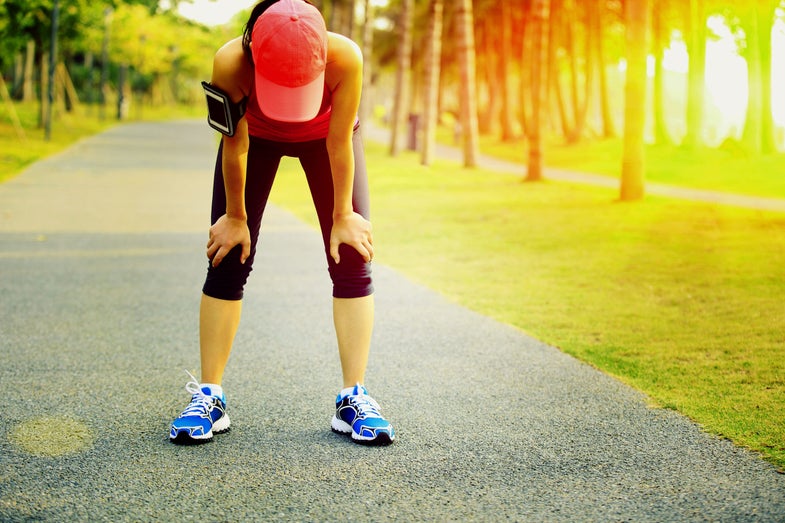 Joe O’Leary went to dinner with his parents at around 8 p.m. one Wednesday in March of 2015. He split a pizza, topped with tomatoes and peppers, with his mom. Then he set out for the gym and hopped on the elliptical. But about a half-hour into the workout, he started feeling weird. “My eyes were watering, I was having trouble breathing,” he says. “In another five minutes I was struggling to breathe. I looked behind me into the mirror, and my eyes were swollen—every part of my face was swollen.”

O’Leary was rushed to the emergency room and pumped full of steroids and antihistamines. He’d had an allergic reaction, but not just to what he’d eaten for dinner: it was the combination of food and exercise that did him in. Doctors quickly diagnosed him with a condition called exercise-induced anaphylaxis, where a reaction to an allergen only happens in conjunction with exercise. If he combines them with exercise, O’Leary will have an anaphylactic reaction to tomatoes, peppers, soy, and nuts.

Exercise-induced anaphylaxis was first described in 1979, and probably affects around 50 in every 100,000 people. While awareness of the condition among allergists has gone up, researchers and doctors still don’t know exactly why it occurs, says Maria Castells, an allergist at Brigham and Women’s Hospital.

For between 30 to 50 percent of people, the reaction comes from combining certain types of food and exercise. For others, strenuous activity triggers a reaction to drugs like aspirin. Some women only experience the phenomenon when they’re at the point in their menstrual cycle with high levels of the hormone estrogen, because it can bind to the cells involved with an allergic reaction. “There are a variety of things that it might be,” Castells says. “And for a proportion it’s nothing, really, just the exercise itself.”

The amount of exercise needed to trigger a reaction varies from person to person, Castells says. It generally takes more to cause anaphylaxis in someone who is relatively fit than someone who isn’t in great shape. Almost all types of exercise, like running, dancing, or biking, have been reported to cause anaphylaxis—though there haven’t yet been any reports of anyone having a reaction after swimming, Castells says.

It’s still not exactly clear what causes the connection between exercise and anaphylaxis. There are a number of working theories about the mechanism involved, tied to the physiological changes that happen in the body during exercise. Increased blood flow might push sensitive immune cells around the body, for instance. Or perhaps certain proteins in the gut change their behavior during exercise, interacting with food in ways that could cause an allergic reaction. And since exercise increases the absorption of material from the gastrointestinal tract, it’s possible that there are simply more allergens able to make their way into the body during a workout.

It’s difficult to test those theories, though, because the condition is difficult to recreate in a laboratory setting. “So there’s no mouse model and no human model of the ideas,” Castells says. There are a number of groups trying to develop a model, but they need more time.

Luckily, Castells says, diagnosis is straightforward. And once people are diagnosed, their symptoms can be managed the same way any allergy is managed—by avoiding allergens (the foods and drugs, ideally, as opposed to the exercise trigger) and carrying EpiPens. “A lot has been done to advance the clinical piece of it, so it’s a better known syndrome,” she says.

O’Leary didn’t get a ton of information after his diagnosis, but his allergist was able to give him the basics. To cope, O’Leary cut all of his allergens out of his diet completely. Even though he could avoid a reaction by waiting to exercise after eating tomatoes or nuts, he prefers to just avoid them all together. He would rather sacrifice ketchup than risk having an unexpected attack.