Ever wondered why you feel a little funny when you step off a treadmill? 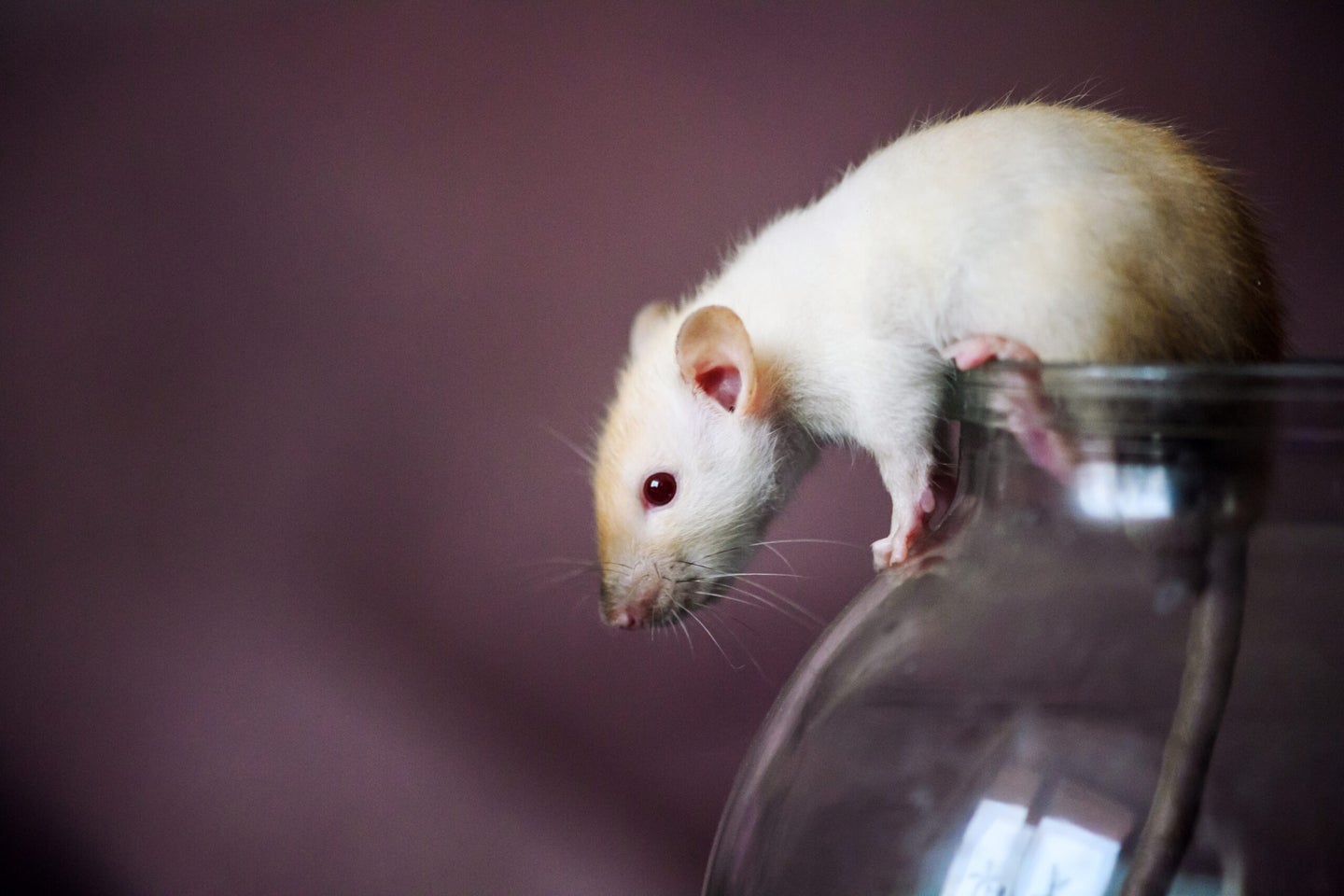 We use the same brain power to figure out where we're going. DepositPhotos
SHARE

Ever gotten off a treadmill or a moving sidewalk in an airport and had the unnerving feeling that the whole world was moving at a different pace? It isn’t, but new research from scientists at Johns Hopkins University offers detail about what is actually happening in rats—and in us.

Rats and humans both have a hippocampus, the region of the brain that deals with memory and with navigation. Some neurons in this area of the brain, known as “place cells,” light up when a human or a rat returns to a location it recognizes. These place cells fire at a certain location known as the “firing field.” What causes firing field formation still isn’t fully understood, but this new research sheds some light on the matter.

Getting these answers took some quirky experiment design. Researchers constructed a dome with a circular table within, where they could project images of “landmarks.” Then they added rats and monitored their hippocampus function in real-time, to see which neurons lit up when.

“There are three landmarks projected, and the rat is running around in a circle,” says study Manu Madhav. Madhav is a postdoctoral associate working in neuroscience and mechanical engineering at Johns Hopkins. “As the rats run around, the landmarks are initially not moving at all.” During this process, the rats’ neurons behaved as anticipated: the place cells fired at stable locations on the table, indicating that the rats recognized the location.

This led to an unexpected discovery. The researchers had expected that the illusion would affect the place cells in the brain, which would be confused about where the rats were in space. This is because, like us, rats interpret their surroundings by constantly triangulating their position in relation to the things around them. Given visual information suggesting they were moving at a different pace, the place cells—the internal GPS, if you will—would presumably recalibrate.

But the researchers didn’t expect that this recalibration would stretch to instances where landmark motion made it look as though the rats weren’t moving at all, even though they obviously were. “You would expect that at some point these neurons would give up,” says Madhav. But they just kept telling the rat it was standing still. In a human, that might feel something like the momentary disorientation after you leave a moving walkway in an airport.

The researchers also tried vanishing the landmarks altogether and found that the changes—the perceived faster or slower motion—persisted in the hippocampi of the rats.

This might sound like a small detail, but place cells are more than just our “internal GPS.” Research suggests they’re deeply involved in memory formation as well. Understanding how this region of the brain works could help with everything from creating new treatments for Alzheimer’s Disease to designing more efficient robots. “Place cells are extremely fundamental for us,” says Dori Derdikman, a neuroscientist who teaches at the Israel Institute of Technology and was not involved in the current research. By learning about how they work, he says, “we learn how our memories are organized.”

That means this research is big news, because it offers more details about what causes our place cells to form the firing fields they do. Neuroscientists know it has something to do with the way we remember paths and places in relation to ourselves. But it wasn’t totally clear whether place cells fired just because they recognized landmarks or as part of a process of figuring out paths and remembering them for future use. This study shows that visual landmarks are an important way that rats learn paths and calibrate their position in relation to the other places they remember having been.