How It Works: The Star-Mapping Spacecraft

From the outside, galaxies appear as a mass of stars orbiting a dense center. But inside, they are more complex,... 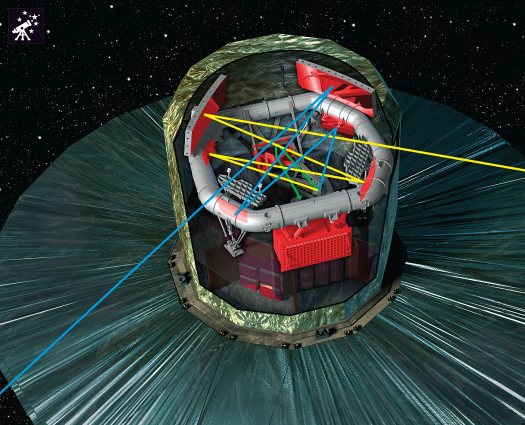 From the outside, galaxies appear as a mass of stars orbiting a dense center. But inside, they are more complex, with some groups of stars moving at different speeds or directions, in part because they originated from separate galaxies that collided billions of years ago. To untangle these disparate components of the Milky Way, the European Space Agency plans to launch Gaia in October.

The two-ton craft will map a billion of our galaxy’s more than 100 billion stars, collecting data on all three dimensions of each star’s position as well as its speed, direction, color, and brightness. Knowing where stars are located and headed will help astronomers determine where they came from. And that could shed light on how our galaxy formed and evolved. 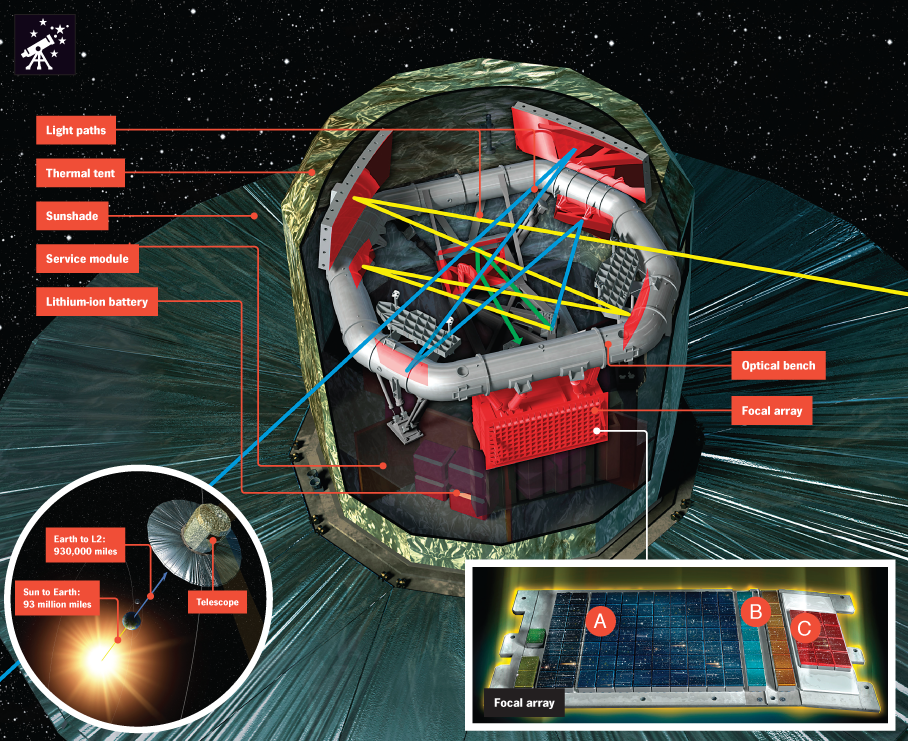 The key to Gaia‘s success will be its stability: A steady position and temperature translates into an accurate galactic map. The craft’s payload is the first to be made entirely of silicon carbide, a stiff ceramic relatively insensitive to heat and cold. A 33-foot insulated sunshade keeps the payload in shadow, and the thermal tent helps block stray radiation from the sun and from deep space. The power system includes a lithium-ion battery, which briefly runs a set of thrusters after the spacecraft disengages from the Russian Soyuz-Fregat rocket that will launch it from Earth. Not long after launch, Gaia‘s battery will shut down, and the system’s 140-square-foot gallium-arsenide solar arrays will take over, powering the craft.

The main data-capture instrument on Gaia is a 3-by-1.5-foot focal array made up of 106 charge-coupled sensors that total one gigapixel. Imagine it as 106 cameras joined together, with groups of cameras capturing different kinds of information. For example, 14 space-mapper cameras tag the information from each star to show which telescope spotted it, while 62 sensors in the astrometer map the star’s transit around the galaxy. Additional sections of the focal array capture radial velocity and photometry information.

The data from the focal array routes to seven computers housed in the electronic service module. The computers process the data, which is transmitted back to the agency via an antenna for the eight hours a day that Gaia communicates with Earth-based antennas. Over its mission, Gaia will generate 200 terabytes of data. Another computer controls the power system and thrusters. 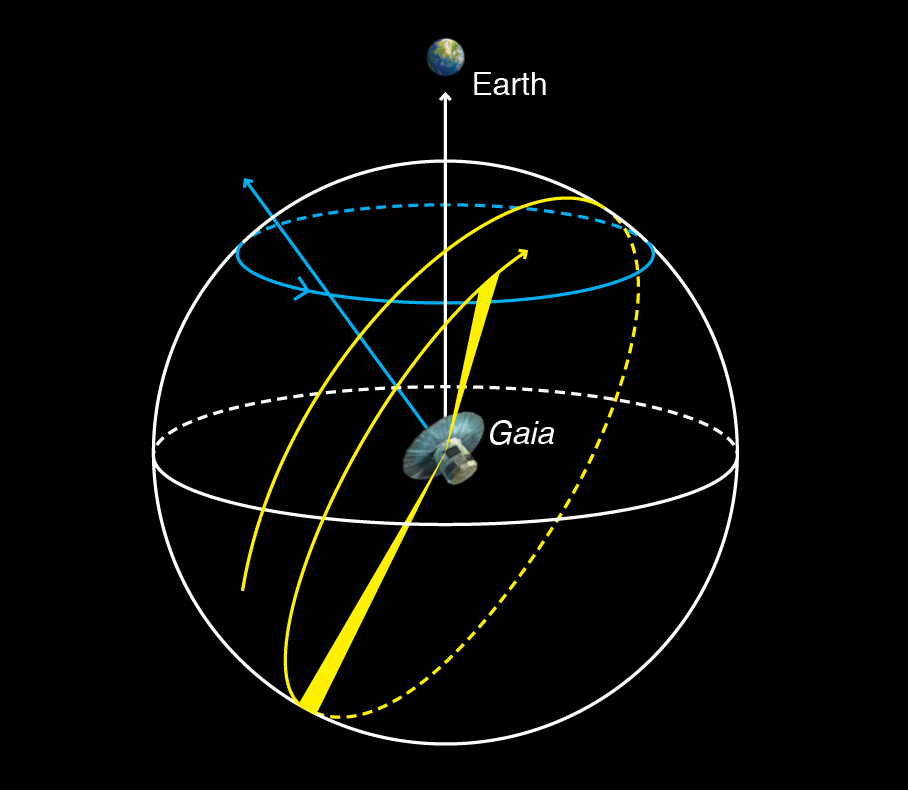 Gaia rotates around its axis [blue] every six hours.

As it spins, the axis changes direction like a gyroscope toy. It loops around every 63 days.

Between the rotation and the loop—and the craft’s orbit around the sun—Gaia’s telescopes follow a path [yellow] that covers the whole sky.

Over Gaia‘s five-year lifespan, the craft will capture information from each of one billion stars an average of 70 times. As each star passes into the view of two telescopes, mirrors relay images of the star to dedicated sections of detectors in Gaia‘s focal array. The scopes are mounted 106.5 degrees from one another on the nine-foot-diameter hexagonal optical bench and are made of six mirrors apiece, two of which they share.

Cold-gas micropropulsion thrusters keep the craft spinning on its axis and control its attitude, or the direction it points in space. A chemical propulsion unit maintains Gaia‘s orbit around the sun.

1) The astrometer identifies the position and movement of up to 8,000 stars per second. The stars’ images drift across the detector as Gaia spins. Electrical signals in the detector trace the path of each star.

2) Two photometers measure light from each star. Prisms filter the blue and red light coming into each photometer. This spectral data contains information on the physical and chemical properties of each star.

3) The radial velocity spectrometer clocks the rate at which each star is moving toward or away from Earth by measuring its red or blue shift.