The weirdest things we learned this week: counting vampires and nudist founding fathers 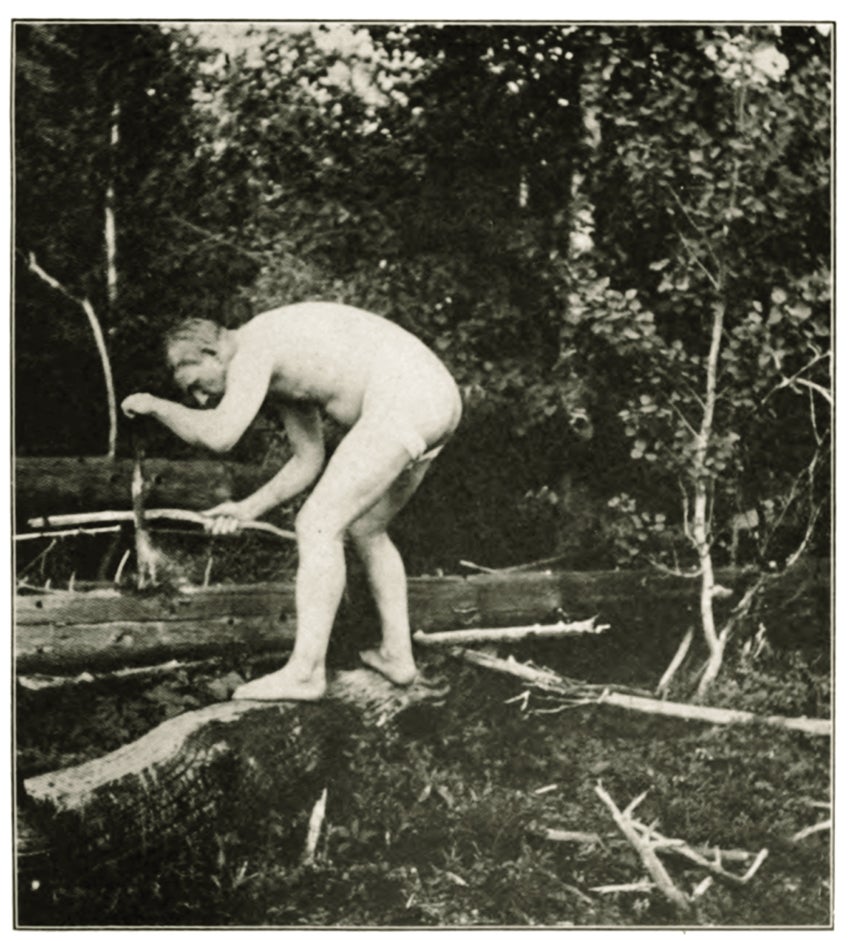 Air bathing is exactly what it sounds like: It’s like bathing, but with air. Of course, one could also refer to air bathing as “sitting around in the nude,” and they definitely wouldn’t be wrong. One famous proponent of this practice was none other than Benjamin Franklin. Here’s a paper on the subject written in the early 1900s, featuring excerpts from the founding father’s pro-nude-naptime letters.

I hoped to uncover the true health benefits of sitting around sans clothing—there’s no good research on the subject, by the way—but as I discuss in this week’s episode of the show, I came across a surprising twist. And yes: just like the last surprising twist I found, it involves Nazis. They’re everywhere! Go figure. You can read more about Joe Knowles, whose time spent living naked and alone (allegedly) in the wilderness showcases the creepy rhetoric of the American eugenics movement, in this Boston Magazine retrospective. I also mention his hilariously laudatory book on the so-called experiment, which you can peruse for yourself for tidbits about how exposure to the elements would help American men maintain the strength of the race. And if that connection to eugenics and Nazism is still a little too subtle for you, read up on how the Nazi party co-opted the tenants of the nudist movement (while disavowing anything as liberal as actually running around nude) here.

To end on the lightest possible note (sorry!) here is a photo I found of Eugen Sandow, largely considered the father of modern bodybuilding. Knowles, pictured above, claims his measurements were comparable to the famous athlete’s stats after his stint in the woods. This will make you laugh.

FACT: Vampires are compulsive counters (and other bizarre vampire facts)

I recently caught up with a former history professor of mine, Theodora Kelly Trimble from the University of Pittsburgh, and she reminded me of a rather grim figure from the 16th and 17th centuries: Elizabeth Bathory. Bathory was a Hungarian countess who was quite possibly the most deadly serial killer of all time—she’s thought to have tortured and killed over 600 young women. Her murders were rather gory, and some saw her bathing in the blood of her victims, an act thought to preserve her youth and beauty. This led people to believe that she was a vampire. (She was even born in Transylvania!) Bathory was tried and charged for her crimes, and as punishment, the Hungarian people built a wall to barricade her into her castle’s tower. There was a little slot for air and food to pass through, but other than that, she could not leave.

Researching this got me thinking about just how weird the culture surrounding vampire lore is, so I decided to check out my notes from Kelly’s class (which was about vampire myths throughout history and across cultures). Among my favorite facts is a classic vampire burial technique: sprinkle poppy seeds on a supposed vampire’s grave, and he or she will never come to hunt you. This is because vampires are, supposedly, compulsive counters, and would spend all night counting the poppy seeds you left. I also brushed up on porphyria, a disease that causes sun sensitivity and receding gums, making its sufferers look very pale and have very large teeth. Though not overly common today, porphyria was thought to occur more in individuals who repeatedly married within their families—like, for instance, in small villages in the valleys of Transylvania.

FACT: Cutting up hot peppers can give you a condition called jalapeño hands

A while back, as I was catching up with my sister over the phone, she mentioned to me something odd: Shortly after cutting up hot peppers for a recipe, her thumb started burning and wouldn’t stop. After googling her symptoms, she found that, in fact, this is a not-so-uncommon condition that in the medical literature goes by many names, including but not limited to: hot pepper hands, jalapeño hands, jalapeño thumb, and Hunan hand syndrome.

As a health editor and self-proclaimed hypochondriac, I was surprised and interested (a disease I had never heard of!). Turns out, the culprit is capsaicin, a chemical compound found in the fruit of plants within the capsicum family, including red chili peppers, jalapeños, and habaneros. This colorless and odorless compound binds to pain receptors, triggering the sensation of intense heat or burning. But I won’t ruin all the surprises that come with jalapeño hands. Listen to this week’s episode for more about this bizarre reaction to hot peppers, how to treat it, some crazy case studies, and of course, some hot pepper cutting best practices to prevent the burn.