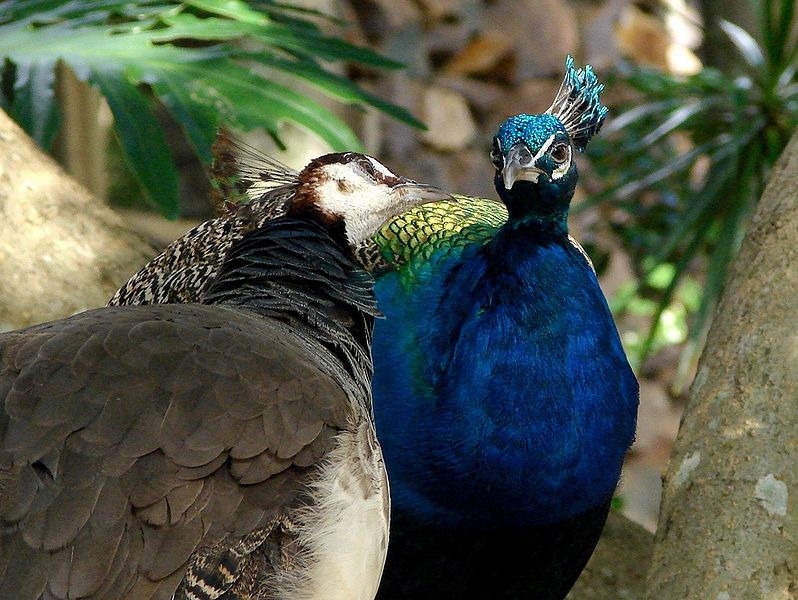 Charles Darwin’s voyage aboard the HMS Beagle was something like a spiritual bachelor party. Before he settled down in a life serving God as a country parson (the caretaker of a church and its congregation), the young naturalist wanted to see the world. At 22 years old, Darwin had an itch to party with the parrots and fraternize in Tierra del Fuego. But the voyage, as we well know, not only changed the young man—it changed the world.

Upon his return, Darwin began work on On The Origin of the Species, his 1859 book that upended previous notions of God’s perfect and immutable creation, replacing them with the theory of natural selection. In the book, Darwin wrote, species changed over time as individuals adapted to their environment—or died if they couldn’t. It made Darwin famous and is taught in every (science-respecting) grade school today.

But Darwin, born February 12, 1809, had another theory, one that’s oddly fitting given his Valentine’s Day-adjacent birthday. Convinced that natural selection alone could not account for the diversity of the species, he hypothesized that sexual selection was a subtle but powerful force acting on the animal kingdom. His first piece of evidence? A peacock’s resplendent plumage.

Whereas natural selection is the environment acting on an animal population, sexual selection is the preference of animals—especially the female members of a species—acting on each other. Darwin hypothesized that the kaleidoscopic tail on a male peacock became more dramatic over time because female peacocks preferred colorful males. And peacocking wasn’t limited to, well, peacocks. Sexual selection appeared to be at least partially responsible for the giant antlers on a male moose’s head and the velvety green skull of a mallard.

Furthering this idea, some scientists argued that these flamboyant features indicated good genes to prospective mates. It wasn’t just that a colorful bird was physically attractive to a mate, but that his appearance broadcasted a more important and inherent fitness. In species where many males were competing for a few women and even sparser tracts of land, a long tail or a colorful throat were just the loud—and sexy—signals.

Finding an explanation for these traits was incredibly important to Darwin—perhaps too important.”The sight of a feather in a peacock’s tail, whenever I gaze at it, makes me sick!” he wrote in a letter to his friend the botanist Asa Gray in 1860. Darwin believed that his theory of natural selection was incomplete insofar as it couldn’t account for the full breadth of animal variation. Why, for example, would a peacock spend precious resources on growing such a beautiful tail unless it increased its fitness? Sexual selection was just one of the ways Darwin filled this gap in his reasoning.

In the intervening two centuries, natural selection has amassed troves of evidence, but sexual selection languished. Other 19th-century scientists didn’t love the idea, as it tried to explain God’s creation in the context of sex, beauty, and, worst of all, a woman’s choice. But slowly—very slowly—things have started to change as modern researchers have turned their gaze to the question of sexual selection.

In the 1980s, the long-tailed widowbirds in Kenya were perhaps the first animals to be conscripted in an experimental approach to Darwin’s question. In that study, scientists clipped the wings of male Widowbirds, which can grow as long as 20 inches, and transplanted the wing clippings onto other birds. They effectively created two male populations: one with no tails and one with super-long tails. The scientists waited for mating season and then counted the nests in each bird’s territory. They found that the birds with super-long tails dramatically out-mated the birds who’d been clipped.

While questions about sexual selection’s validity remain (how, for example, are we to account for the presence of same-sex attraction throughout the animal kingdom?), it’s exciting to consider that one of Darwin’s most novel ideas is still ours for the study.