On swollen butts, mouth sacs, and other sexual preferences in the animal kingdom

Just a gallery of weird lookin’ animals to brighten your day. 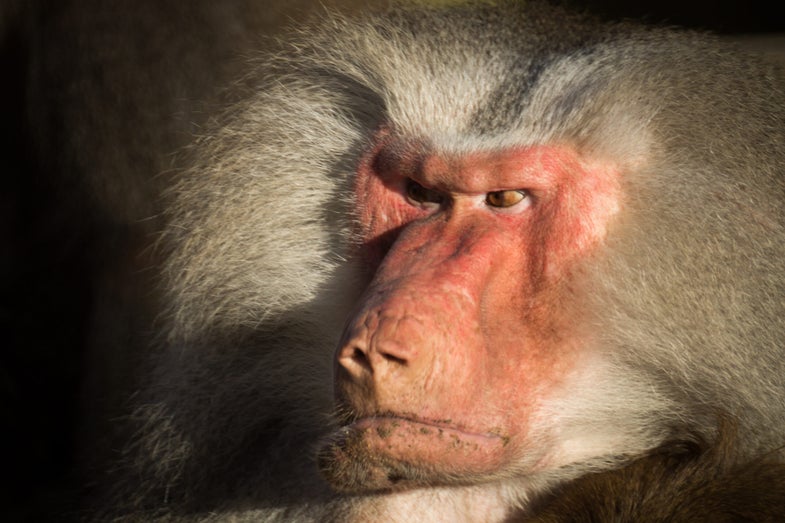 Sexual preferences are usually best kept between you and your partners. We humans may be turned on by feet or cuckoldry or what have you, but we can usually choose not to tell the general public about it. Unfortunately for most animals, though, evolution has made their sexual preferences known to the entire world. Baboons like butts, birds think hopping up and down in tall grass is pretty dang sexy, and hippos love a guy covered in his own urine and feces. To each their own.

So—for no other reason than the pure enjoyment of reading weird animal facts— here are some examples of strange physical traits that turn animals on.

Camels love them some mouth sacs

It’s so rare that a lady gets to see her guy’s soft palate. You know it—it’s the soft bit at the back of the roof of your mouth. But if you were a camel, you’d get all hot and bothered over a fella’s soft palate extension, a.k.a. the dulla, and not just because you’d live in a desert. Male dromedary camels inflate their dullas and leave them hanging out the side of their mouths like a pink, fleshy balloon, and apparently that really gets the ladies goin’. They also sometimes do it to assert dominance over other males, because nothing says “back off” like a mouth sac.

Baboons are into butts

Genital swelling isn’t exactly unfamiliar to humans (ahem), but ours is generally short-lived. Female baboons, on the other hand, swell up as they go through their menstrual cycle. Their butts (or really, the perineal skin that happens to be near their butts) swell and turn a brighter shade of red, and male baboons are attracted to the biggest ones. Many primate species get these sexual swellings, and just being around ladies with engorged tushies seems to make males more aggressive as they compete for mates.

A large schnoz can look rather distinguished on the right face, and male proboscis monkeys just take that a little more seriously than other species. They have big, droopy schnozes that stand in cartoonish contrast to their mates’ tiny noses. Bigger probosci tend to be more attractive to the ladies, though this is actually not because of their shape or size. Research suggests that males with voluminous noses can make louder, sexier mating calls because the sound can echo more.

Male frigatebirds put on mating displays as females fly overhead, hoping that one will fly down to join. The boy bird has a patch of featherless red skin along his throat that he can inflate (are you sensing a pattern here?) and use to catch a lady’s eye. He also stretches his wings out and vibrates his bill to make a kind of drumming noise that is apparently attractive. Sometimes he whistles. Rude!

We’d all love for a date to come over and feed us, so it’s actually not hard to see why a female nursery web spider would be wooed by a male bringing a wrapped-up treat. The male spider catches some flies, wraps them up in silk, and then presents the gift to a lady. If she accepts, he gets to mate with her while she gets down to other, more pressing business. Admittedly, male spiders sometimes do fake the gift just to have sex, either by sucking out all the food and presenting only an exoskeleton or just straight-up wrapping a stick instead of a bug.

Peacock spiders are into, well, peacocking

Okay, this is just the spider version of colorful tattoos or a nice shirt. We just wanted an excuse to include a cute lil’ peacock spider in here. Like the bird they’re named for, peacock spiders have bright, iridescent patterns that they wave around to attract mates. This isn’t hard to understand at all. Sorry! Enjoy the cute spider.

Hooded seals think balloons are where it’s at

In the final installment of “things we wish weren’t inflated,” hooded seals have less of a hood and more of an elastic nasal cavity. This sac of stretchy skin can expand into a balloon on their faces They also use it to send acoustic signals underwater by alternately inflating and deflating it, but we’re focusing on its use as a giant sexy symbol on their faces. Sometimes bits of the balloon even come out one nostril, adding to their sex appeal, and can make sounds with it above ground, though we don’t want to imagine what those sounds are like.