A new report on the city of Aleppo shows where the damage has hit--and it's anything but evenly distributed. 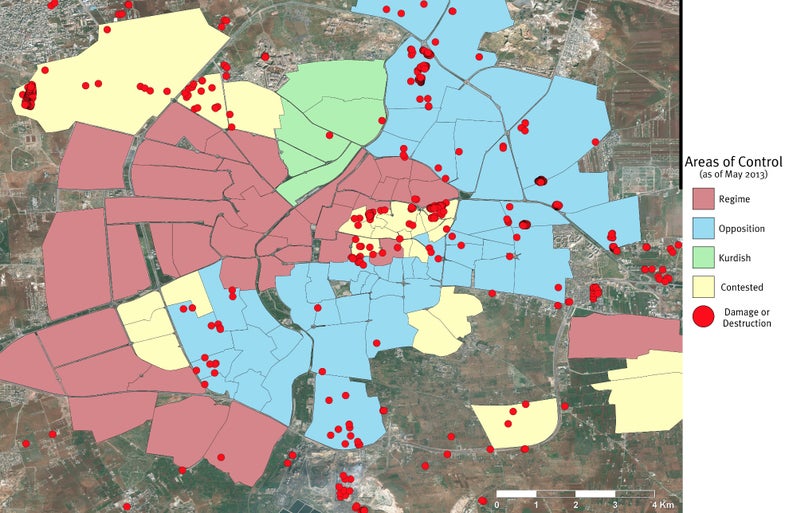 How do you document a war zone without putting even more lives at risk? One way is to observe from a distance, which is what a team of researchers has been doing to catalog the ongoing civil war in Syria.

For 10 months, ending in May, the American Association for the Advancement of Science used images beamed back from satellite company DigitalGlobe to gather data on the damage in Aleppo. Aleppo is Syria’s largest city, and it’s been the site of some of the bloodiest conflict between rebels and government loyalists. There were a mere nine images retrieved from three orbiting satellites during that time, but those images do tell a story: the damage in the city is widespread, but certainly not evenly distributed. Here you can see before and after photos of the damage: 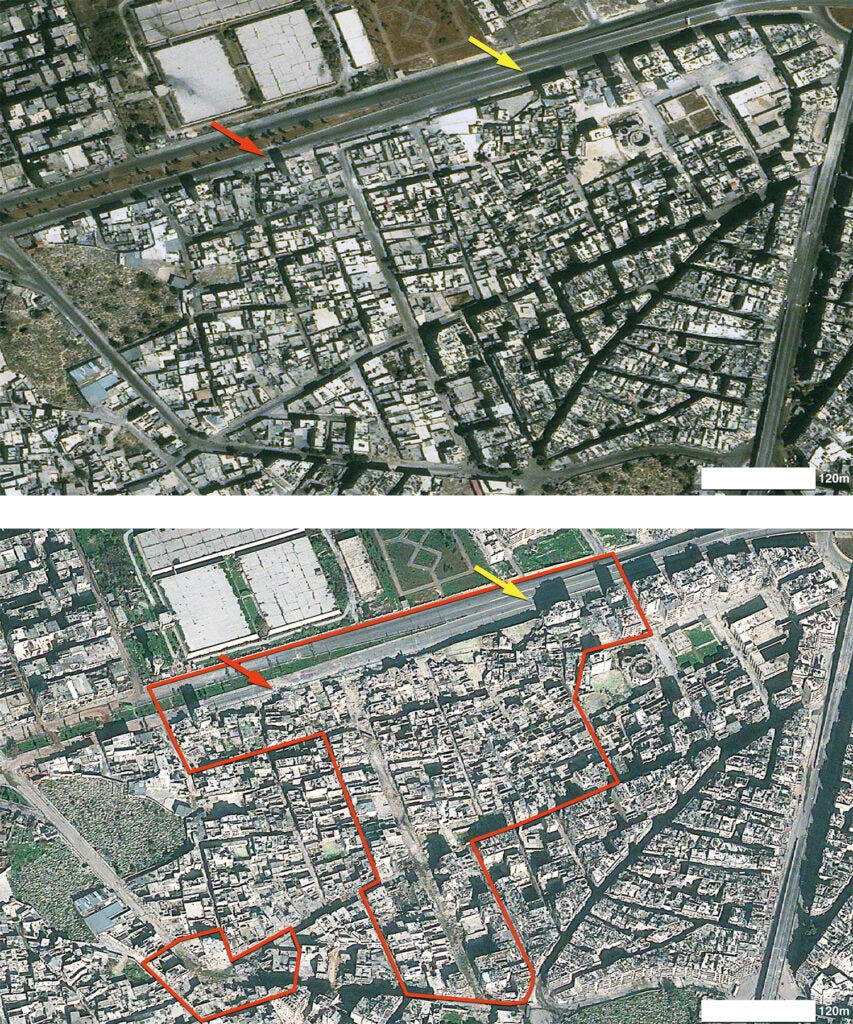 A before and after photo of damage in Aleppo, showing September 9, 2012 (top), and December 15, 2012. The red lines outline the borders of a district, while the red arrow points to a collapsed tower, and the yellow arrow to a partially collapsed tower.

During the study, 713 “incidents of destruction,” places where buildings and infrastructure had been damaged, were observed and mapped. In areas controlled by the government, only six incidents occurred. The rest of the incidents happened in places under rebel control, contested areas, Kurdish-controlled areas (also contested), or weren’t definitively on either side’s control or being contested. (You can see the distribution in the map at top.) The distribution lends credence to reports that government forces have been bombarding rebel-controlled areas with long-range weapons like missiles.

The researchers admit the study has limitations, like the satellites not being able to make out damage in areas with a dense amount of buildings, but even accounting for that, the damage (at least what’s viewable from satellites) seems one-sided.