Speaking from the podium at the State Department briefing room today, Secretary of State John Kerry lambasted the government of... 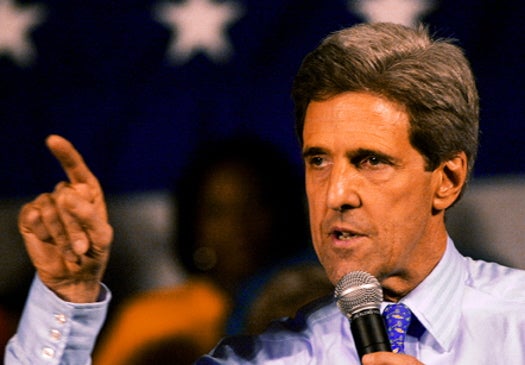 Speaking from the podium at the State Department briefing room today, Secretary of State John Kerry lambasted the government of Syrian President Bashar al-Assad for firing rockets containing chemical weapon against a suburb of Damascus. The attack killed between 500 and 1,300 people. (Though the precise make up of the chemical weapons isn’t known, Syria is believed to have large stockpiles of toxic mustard gas and the nerve agent sarin.) This is the clearest criticism yet that the Obama administration has leveled at the Assad regime, and it hints at future action the United States might take against Assad. Here are the key points of Kerry’s speech:

Chemical Weapons Are Beyond Immoral
Noting that the rest of the world had long since abandoned chemical weapons, Kerry highlighted the sheer immorality of the attack. There was a personal appeal in this. Kerry said:
“I watched the videos — the videos that anybody can watch in the social media, and I watched them one more gut-wrenching time. It is hard to express in words the human suffering that they lay out before us.”

Syria’s Government Controls The Chemical Weapons.
Kerry said: “Moreover, we know that the Syrian regime maintains custody of these chemical weapons.” This is an important point. In civil war, military equipment is often lost, and there’s a chance that anti-Assad rebels could have acquired the weapons at some point. Here Kerry clearly identifies the government as responsible for the attack. Furthermore, he notes that Assad’s government shelled the site of the attack with artillery, obliterating evidence that the U.N. weapons inspectors could otherwise find.

The U.S. Will Take Action of Some Form
This is maddeningly vague. Kerry spoke of the administration consulting with members of Congress and key allies, and said “Make no mistake, President Obama believes there must be accountability for those who would use the world’s most heinous weapons against the world’s most vulnerable people.”

The form that accountability will take remains to be seen.