Most modern rides rank around level 2 of 5 when it comes to automation. 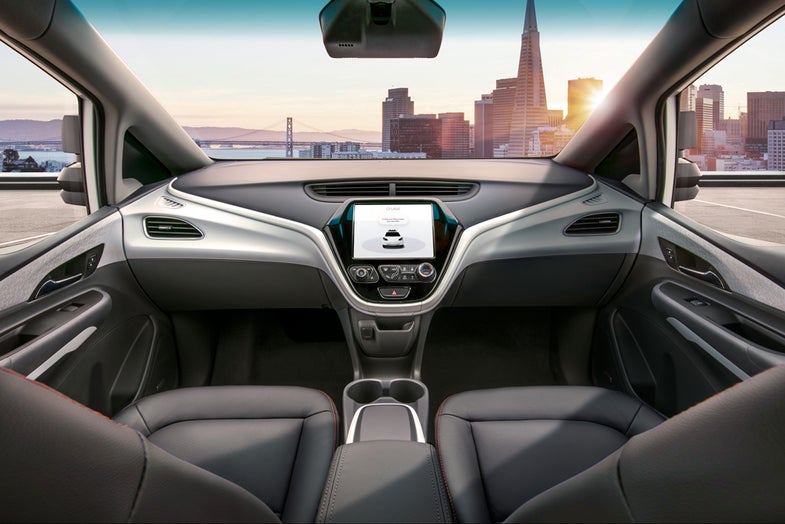 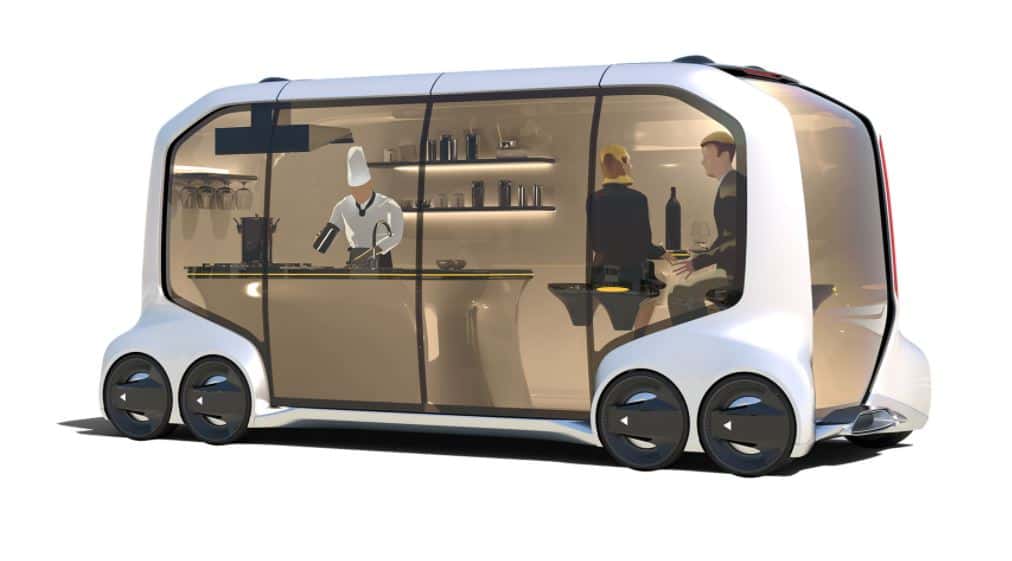 The Toyota e-Palette concept vehicle, which can include a fully-functional kitchen or retail store, is on a whole other level from today’s cars when it comes to automation.

Just about every car on the market here at the beginning of 2018 has both pedals and a steering wheel. That may sound like an obvious statement, but self-driving cars are coming, and GM has already announced a 2019 model year car that won’t have the means for human driving at all. And while total car automation is closer than ever, it’s still years away from replacing our daily drivers on the whole.

Back in 2014, an organization called SAE International released a document called Taxonomy and Definition for Terms Related to On-Road Motor Vehicle Automated Driving Systems. It sounds like it was named by a robot, but it’s currently the standard for describing the level of automation in cars of all kinds. It’s currently the standard used by the National Highway Traffic Safety Administration and is directly referenced in proposed legislation to standardized self-driving technology in the US. 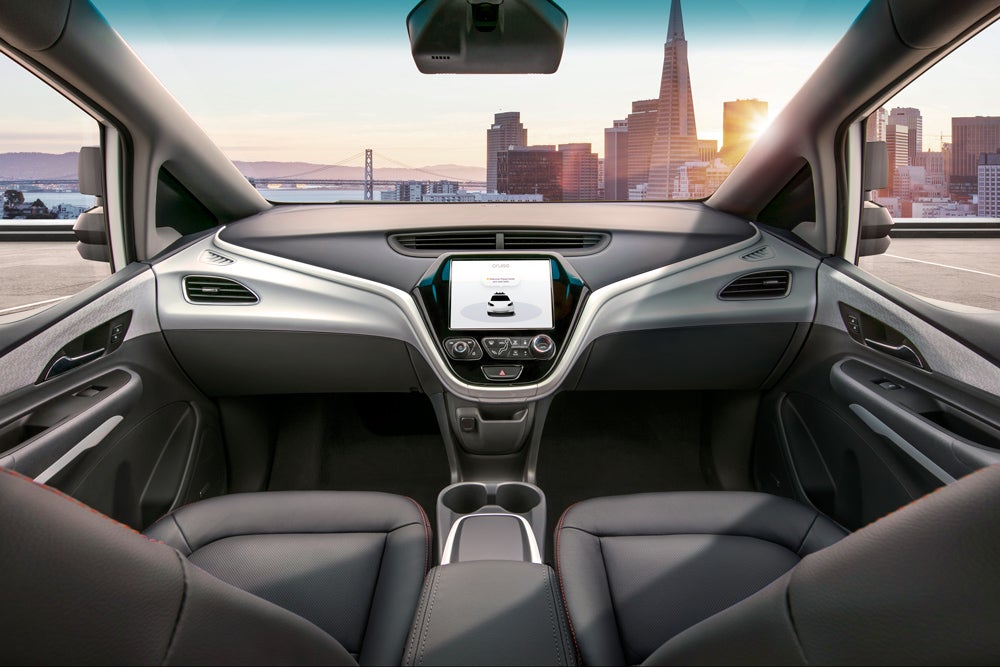 You won’t find a steering wheel or pedals in the GM’s self-driving ride for the 2019 model year.

The levels range from 0 to 5, the lowest of which includes no automation of any kind like you’d find in a classic muscle car, while level 5 is full automation, in which the car handles every part of the driving, regardless of the roadway or environmental conditions.

You can see the full breakdown of the levels on the SAE site, but the steps are fairly straightforward and represent a gradual increase in the number of decisions the car’s robotic brain is allowed to make without human interaction. 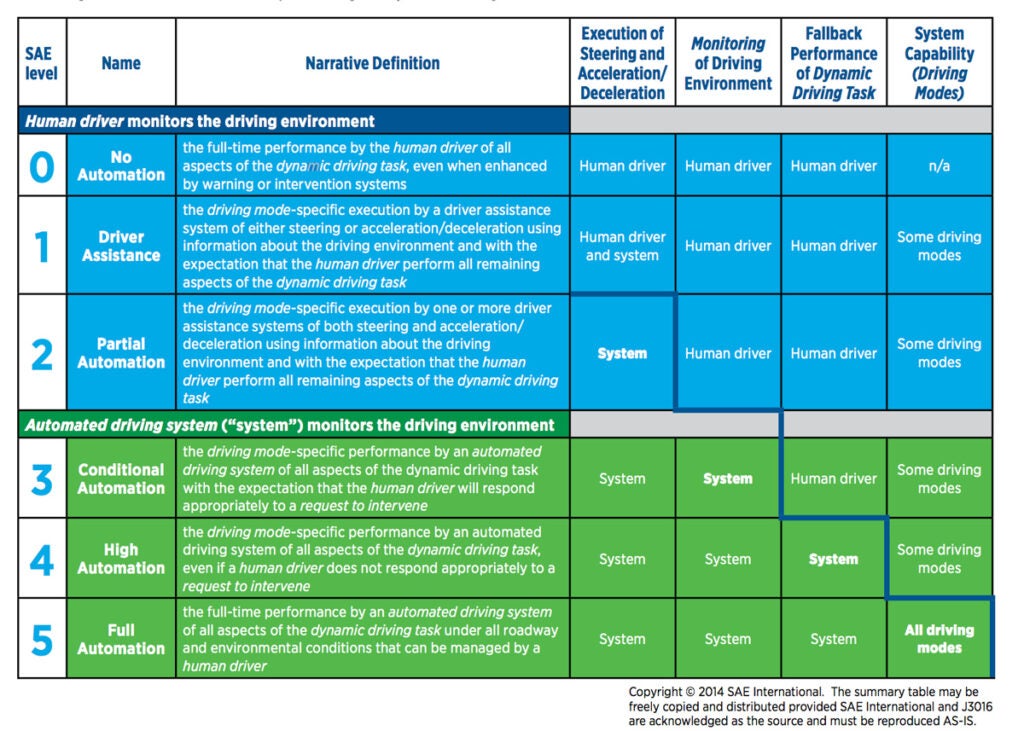 You can see the full outline of the AES International levels here in PDF form.

Where are we now?

“If you have a 2017 car, chances are it has some level two partial automation built-in,” says SAE Chief Product Officer, Frank Menchaca. “Level one includes common things like cruise control. Moving up to level two, partial automation includes some kind of assistance system is steering, accelerating, or decelerating for you under certain situations.”

Right now, level 2 is the sweet spot for many auto manufacturers, including Ford, which built its redesigned Edge SUV to embody a textbook example of a level 2 automated car. The stock model is equipped with three cameras, 12 individual sensors, and three radars, each funneling data in real time to computer modules within the car.

Evasive steering control is a good example of level 1 automation. “If a driver chooses to steer around a vehicle in front of them, they do that quite late,” says Lindstrom. “You initiate the turning process—the system isn’t actually doing any of the steering for you.” It does adjust the damping on the steering wheel to allow for a quicker turn than you’d get under standard driving conditions. It also alerts the stability control system to keep the car stable during a hard change of direction.

The Edge, like many other driver assist cars, will do some braking for you, though, in its adaptive cruise control mode. “If the car senses a possible collision, it sends the driver a warning and primes the braking system,” says Lindstrom. “If the driver still doesn’t respond, we’ll apply the brakes automatically.” 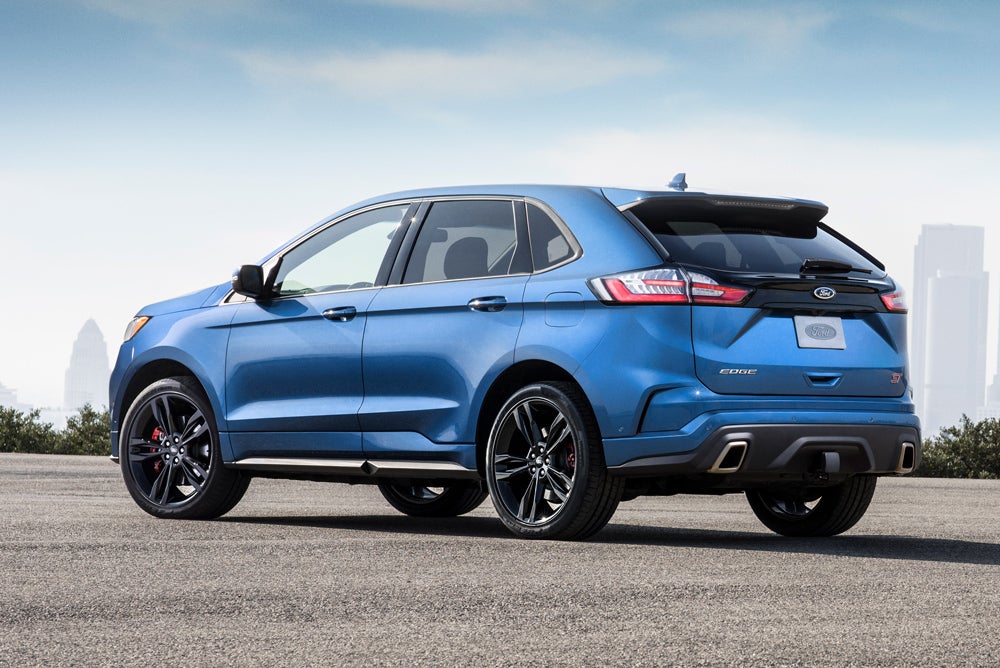 The Ford Edge ST employs a lot of level 1 and 2 driver assist tech.

This is where things get complicated. “Right now, cars are accelerating, turning, and braking on their own, but they still require human attention and intervention,” says Menchaca. “The literature suggests that when people aren’t fully responsible, their reaction times tend to get longer. It takes us longer to re-engage and react.”

In September of 2017, the NTSB issued a report regarding a fatal crash involving a Tesla with Traffic-Aware Cruise Control and Autosteer lane-keeping systems engaged and placed the blame on both the driver and the technology guiding the car. So, while it concluded that the “driver was not attentive to the driving task,” it also states that the “way that the Tesla Autopilot system monitored and responded to the driver’s interaction with the steering wheel was not an effective method of ensuring driver engagement.”

This “conditional automation,” as it’s called at level 3, leaves lots of room for errors like this. Once things move up to level four, the system handles pretty much everything in the majority of driving modes, including what’s referred to as “fallback performance,” or when something goes really wrong.

When do we reach level 4 and beyond?

Predicting the exact moment of the self-driving car takeover is tricky because of the sheer number of variables involved, ranging from the readiness of the technology to its ability to overcome people’s desire to remain in control of their own cars.

In terms of tech, there’s currently a lot of redundant research happening in the interest of competitive advantage. “Companies are testing all of these automated technologies,” says Menchaca, “but there’s not a lot of sharing going on.”

Another challenge is infrastructure. Level 4 cars require things outside the purview of the car makers, like smart traffic lights and monitoring systems. “How do you account for an automated car looking for lane markings on the road when snow is covering them?” Menchaca asks.

Waymo—which is owned by Google’s parent company, Alphabet—is currently sitting in roughly second place behind GM and on-par with Ford when it comes to realizing a truly self-driving car. That’s impressive for a company that isn’t really even in the car business, but its self-driving minivan (which you can see in the video above) is capable of some truly impressive things.

Ford says it will be testing self-driving tech in 2018, but it’s aiming for a production version of a fully autonomous ride-sharing vehicle in 2021. GM hopes its 2019 Cruise AV self-driving car without pedals or a steering wheel of any kind—it does have a panic button that shuts the card down in a dire emergency—will meet revamped guidelines laid out in the Federal Motor Vehicle Safety Standards. Right now, only 2,500 autonomous vehicles per year can receive an exemption for road operation, which automakers say will inhibit the growth of the technology if it’s not changed.

Those regulations, however, haven’t stopped car companies from dreaming up fascinating vehicles. Just last week at CES 2018, Toyota introduced a concept called e-Palette, that would enable all kinds of fully autonomous vehicles that encompass everything from commuting passengers to full-on pizza parlors.

“Look at a typical car from 2011,” says Menchaca, “and a 2018 car is a radically different experience when it comes to driver assistance. We have come a long way in a short period of time, and we expect that to continue.”