The Publicity And Flattery Economy Comes To NBC News

The rise of citizen photo/videojournalism: why old media loves it and needs it, and why it's, at best, a temporary solution. 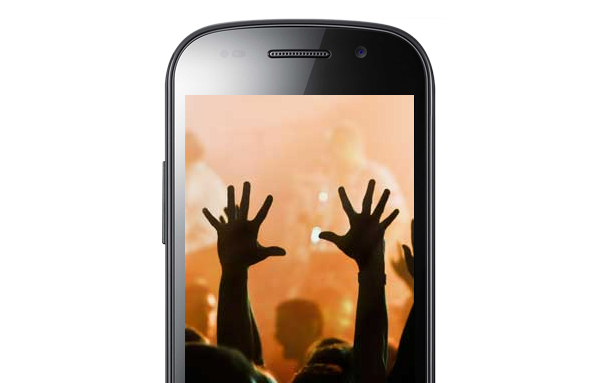 On Sunday, the New York Times broke the news that NBC News will acquire a startup called Stringwire, along with its just-graduated-from-NYU founder, Phil Groman. Stringwire is an app designed to make it easier for NBC to get and publish photos and videos from the man on the street. The app doesn’t, well, exist, at the moment, so it’s anyone’s guess as to whether NBC intends to bring Stringwire to fruition or if it was simply a so-called “acqui-hire” designed to snag Groman for NBC. But NBC should make Stringwire a reality in some sense, because it is one very clever idea, an idea that plays on an underlying narrative in journalism’s development: publicity and flattery are valid forms of payment.

This is about more than just NBC; “citizen photo/videojournalism,” in which footage and even text from non-professionals is given significant weight in major publications, is the future. Not necessarily a better future, or a good future, or, to be fair, a bad future! But it’s the future. And Stringwire is NBC’s attempt to get out in front. At least, we think that’s NBC’s big-picture reason. The likely small-picture reason? Media companies, especially older, larger ones, are freaking the hell out about money. (NBC, for its part, said in a press release that Stringwire has “immediate value to our on-air and digital businesses.”) Web profits (let alone mobile) aren’t anywhere near the level of print profits, but the future is web. How do you allocate an appropriate amount of resources to the web when it’s not giving you much of anything back? Citizen photo/videojournalism is one way. Because it’s free.

User-generated content, as it’s called by those in the news business, is footage from non-professionals, who are sort of a combination of reporter and source. A man on the ground in Tahrir Square taking video and posting it to YouTube is giving user-generated content. Devices capable of recording and uploading user-generated content are everywhere, and professional photographers and videographers cannot be everywhere, which leads to user-generated content (which is of higher and higher technical quality, thanks to the rapid pace of digital imaging developments) being posted everywhere. The phrase “citizen journalism” is thrown around a lot, but that’s not really what this is. The publishers aren’t using these users for “journalism,” if by journalism we mean finding, reporting, and composing stories; they’re more like unpaid interns, used to get footage and b-roll.

A major problem in news today is that when information can come from anywhere and everywhere, it’s not coming from your organization. If there’s a riot and somebody posts pictures or videos to Twitter or Instagram or YouTube, you’ll see the exact same pictures or videos on CNN, NBC, the BBC, BuzzFeed, Gawker, Fox News and every other news organization. It’s easy enough to trawl through social networks and other hosting services to find good user-generated content, which (legally or not) is treated as free, but that doesn’t give a reader or viewer any reason to go to your publication over any of the others.

From the viewpoint of the user who’s generating content, this is great; the video or photo you snap could be on not just one publication but all of them. That’s why a user might publish to Reddit or Twitter or YouTube, huge repositories of content on which every news organization constantly has an eye or two. From the viewpoint of the news publication, the challenge lies in getting that user to abandon the non-affiliated repositories like Twitter and Reddit, and give the content just to their own publication. And the way to do that is good old-fashioned flattery.

The purchase of Stringwire feels like a response to or evolution of CNN’s surprisingly successful iReport. iReport is a section of CNN’s site through which anyone can submit newsworthy photos and videos. On CNN’s official iPhone app, iReport is the fourth option in the main pull-down menu, listed even before all of the sections. iReport isn’t a social network or a tips line: it’s a mock newsroom, wherein users get “assignments” to go forth and take pictures. The reward: possible inclusion on CNN. The implication is, you have the ear of CNN–there is definitely someone from a major news organization listening and watching you, little old you, which can make posting something on Twitter seem like screaming into the void and hoping somebody’s out there to hear.

Current assignments on iReport include “Everyday racism: Your stories,” “Creative school uniform hacks,” “Severe weather,” and “African culture: Street art.” It’s like working for a school paper, only it’s actually CNN! And it’s working; in 2012, CNN announced that over one million people had signed up to iReport, and the year before, over 15,000 iReports were approved for use on CNN’s properties. (Unapproved iReports sit in the iReport section of the app, with a big sticker that says they haven’t been vetted. Approved iReports can be used on the TV station, website, and elsewhere.)

But it’s also a sibling to Gawker Media’s Kinja, which Gawker Media describes as a “publishing and discussion platform, a place where you and everyone else can talk to arrive at the ultimate truth.” Kinja is not so different from Tumblr or Blogspot, except Gawker Media editors have the ability to promote your Kinja post to the front page of any of its highly-trafficked blogs like Gawker.com, Gizmodo, Deadspin, and io9. Why would you make a Kinja instead of a Tumblr? Because you might get promoted to the front page of a highly-trafficked blog! There’s currency changing hands here, but it’s not money: it’s publicity.

Stringwire is a little bit different, but just as shrewd. It doesn’t rely on users to take the initiative by reading the assignments and deciding that they can help out. Instead, it actually finds users and encourages them to begin shooting. It’s essentially a streamlined version of the much-used reporter tactic: tweeting at someone by saying “Hi, I’m a reporter, do you have time to talk about whatever you just tweeted about?” Except Stringwire is designed to find people who are simply tweeting about an event of your choosing, and then message them with a link to the Stringwire service, which is a live video stream.

This is very, very smart, because it handles a few problems all in one fell swoop. You have to get on-the-ground photo/video content which is free (check, because it’s user-generated), timely (check, because you’re pulling potential photo/videographers from Twitter in real-time), and exclusive (check, because they weren’t even taking photos or videos until you asked, and now they’re doing it on a service over which you have complete control).

It’s inherently flattering, especially if the name “Stringwire” gets changed to “iNBC” or something; imagine you’re walking along the street and BOOM! a comet smashes to the ground in front of you. Here’s your natural reaction: you pull out your phone and tweet “wtf a comet just crashed in front of me.” Someone at NBC has an alert for “comet,” and shoots you a message over Twitter: “Hey there, this is NBC News! Could you follow this link to livestream video footage of your amazing find, you amazing person, you?” “Oh, hell yes,” you think. And then you do. And then NBC has exclusive, live footage of the comet.

There are all kinds of old media threads coming together in these user-generated content services. They supplement the tips line, they make up for what’s sometimes seen as the expendable expense of photo/videographers, and they capitalize on the noble crowd-sourced mentality while serving the needs of both creator and publisher. The creator gets publicity and credit, the publisher gets free content. What it really is is the extension of the guest blogger platform used by the Huffington Post, Thought Catalog and many others: the idea that it’s okay for publishers to not pay for content.

Really, this is an extension of the intern economy. Free content is a ticking timebomb; eventually, someone is going to start paying these people, because it’s in everyone’s best interest, in the long-term, to pay them. It’s the same reason why you can’t have an intern forever. If the intern is good enough, you’ve got to start paying up–not because it’s morally right, though it is, but because if you don’t, somebody else will. The giddy glee of instantly having your footage shown on CNN or NBC News will only last so long; by the 10th time, you’re wondering why you aren’t seeing a dime for your effort.

And that idea has consequences, whether it’s the mass layoff of photojournalists–NBC told me that the acquisition “will have no effect on our photojournalism department,” though I’d have been shocked if they’d said anything else–or the very real chance of completely false stories. Stringwire and the larger developments it signals aren’t all good or all bad, partly because this is all temporary. This structure is delicate, relying as it does on the publicity and flattery economy–which will only last so long. Citizen photo/videojournalism isn’t a silver bullet to media’s woes, because, well, there isn’t one. It’s an off-brand Band-Aid, and soon it will fall off, and the media will need to find something else to cover its wounds.