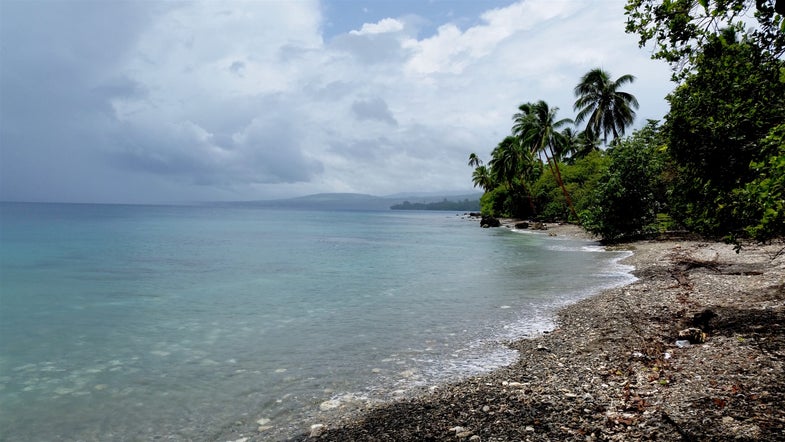 A beach on one of the Solomon Islands. Jeremy Weate/Flickr
SHARE

Major cities like New York, Miami, and Boston are preparing for sea level rise, but in some places, it’s too late for action.

In a paper published in Environmental Research Letters, researchers looked at satellite photos of the Solomon Islands taken between 1947 and 2015. Specifically, they tracked the size and shape of 33 islands.

They found that during that time, 5 of those islands vanished beneath the rising seas. These weren’t just tiny sandbars, they were vegetated islands ranging in size from 2.5 to 12.4 acres.

Not only that, but six other islands have shorelines that are receding dramatically, and two villages, founded before 1935, were destroyed by rising seas. In one village, Nuatambu, half of the houses have been lost to the seas. Many residents have fled and rebuilt on higher ground, while others are trying to stay and maintain their lives near the coast. In another village, Mararo, residents voted to preemptively relocate the entire village to a position 65 feet above sea level. In the paper, the authors write “Interestingly in this case the community [Mararo] had historically lived in a high elevation site prior to being encouraged by missionaries down to the coast in the early 20th century.”