When we think of rising sea levels, we think of global climate change and melting ice caps. Yet there’s a... 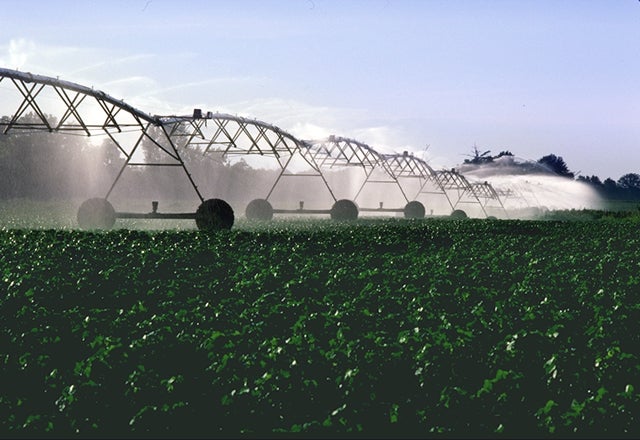 When we think of rising sea levels, we think of global climate change and melting ice caps. Yet there’s a disparity in the raw data. During the second half of the last century, global sea levels rose 1.8 millimeters per year, according to tide gauges. But it’s been determined that melting ice caps and glaciers have only contributed to 1.1 millimeters per year of that. So where did the other 0.7 millimeters come from? A new study has a remarkably simple answer: from you.

The extra rise in sea level not accounted for by melting ice caps can be explained by taking into account all the water we are pumping out of the ground and dumping into the ocean, says a team of researchers reporting in Nature Geoscience. Which actually makes a lot of sense.

When humans pump water out of the ground for irrigation, industrial processes, or even simple residential use, some of it is returned to aquifers straight through the ground. Some of it goes into tributaries and rivers and ends up trapped in reservoirs both natural and man-made. But a lot of it wends its way back to the ocean via rivers and streams or is evaporated into the water cycle, eventually reaching the oceans that way. Regardless, the study shows we’ve been largely underestimating the impact on sea levels caused by pumping water out of the ground and dumping it into the oceans.

That impact, according to the study, is roughly 0.77 millimeters per year between 1961 and 2003–a remarkably tidy number keeping in mind the gap between ice-melt-derived sea level rise and real sea level rise is roughly 0.7 millimeters, and one that far surpasses previous estimates of groundwater’s impact on sea levels. The researchers themselves admit that their simulations, while scientific and backed with plenty of data, could always benefit from more and better measurement of groundwater extraction. But the explanation–that pulling water from the ground and putting it into the oceans might contribute to rising sea levels–is just simple enough seem credible, no?