As sea levels rise, where will all the people go?

Climate change could do a number on inland cities 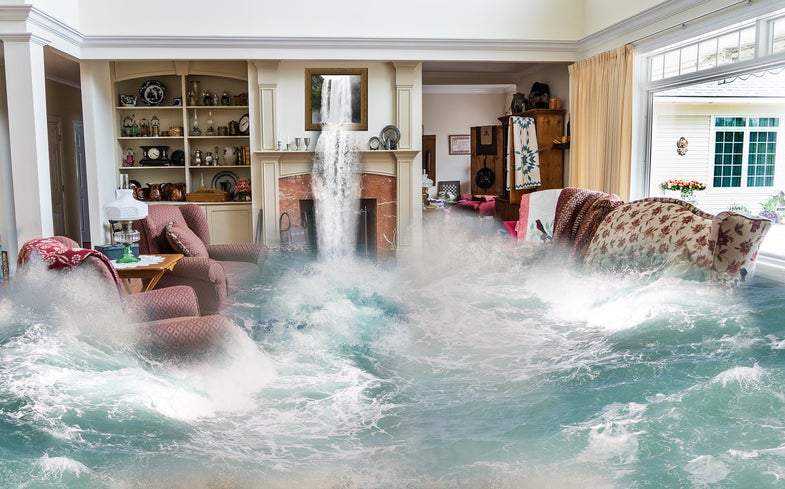 Shishmaref, Alaska. Isle de Jean Charles, Louisiana. The Outer Banks, North Carolina. These are the locales often trotted out to represent the vast swathes of the United States teetering towards inhabitability due to rising sea level caused by climate change. These places and their people have become the canaries in the coal mine, launching a thousand news stories and capturing popular imagination. But a study released today in the journal Nature Climate Change warns that we spend too much time focused on the people that rising sea levels will displace and not enough time focused on where they will go. And that’s a problem.

After Hurricane Katrina, for example, Houston’s population swelled with 250,000 people from the Gulf Coast—and ultimately, 100,000 of those new residents chose to remain. The city struggled with relocation services and other hiccups associated with absorbing a large population. And the difficulties created a toxic attitude towards those who emigrated to Houston from the Gulf Coast: as recently as 2014, Texas Rep. Dennis Bonnen used a slur to refer to Cajun children who were victims of Katrina. As sea levels rise, this kind of relocation is poised to happen again and again across the country. And if we aren’t careful, these inland safe havens might not be any better equipped than Houston was.

The study, done by University of Georgia geographer Matther Hauer, tries to bridge that knowledge gap, estimating not only where people might flee from in the future but also where they could conceivably go. An earlier study by Hauer had found that thirteen million Americans—many of them in the southeast—are directly at risk of relocation due to sea level rise. This gave Hauer the number of people who would be migrating, and where they’d come from—but not where they would go.

For that, Hauer combined the sea level rise data with a migration modeling software. Americans tend to move in pretty consistent ways. For example, someone living in coastal Georgia is more likely to move inland towards Atlanta than to head all the way to Los Angeles. Hauer also controlled for the ability of individuals and municipalities to mitigate the effects of climate change, postulating that wealthier individuals would be more likely to adapt their infrastructure and stay put. By combining the data on populations at risk due to sea level rise with migration data, Hauer was able to get a sense of where sea-rise refugees might scatter.

Florida will lose as many as 2.5 million residents, according to Hauer’s data, and Texas will pick up around 1.5 million. Atlanta, Georgia may see as many as 250,000 additional residents—which doesn’t sound like a problem until you realize that the city is already struggling with water management and bursting at the seams. It isn’t the only city in this boat: Phoenix, Arizona; Riverside, California; and Las Vegas, Nevada can all expect an increase in climate migrants, and all are currently struggling with unrelated resource constraints. Rising sea levels could, in fact, simply move people out of the fire and into the frying pan.

And the problem won’t be as simple as girding inland cities to support an influx of new residents, either: plenty of folks will be unwilling or unable to leave their slowly flooding regions. In this way, Hauer writes, sea level rise could also create millions of “trapped” people. New Yorkers will move away from neighborhoods that are perpetually flooded, crowding into relatively dry zones while still sitting quite exposed to future floods on the coast. And while Hauer posits that the wealthy might choose to adapt to sea level rise instead of moving, research from the Intergovernmental Panel on Climate Change suggests that it’s actually low-income people who will remain. During Hurricane Katrina, many residents remained behind because they lacked cars, money for gas, food, and hotels, and—perhaps most importantly—friends or family outside of the region with whom they could ride out the storm.

Ultimately, Hauer’s study raises attention in an arena that has gotten little, and serves as cautionary tale not just for residents living in coastal areas, but for city planners inland.