Just how much do you love that dirty water? 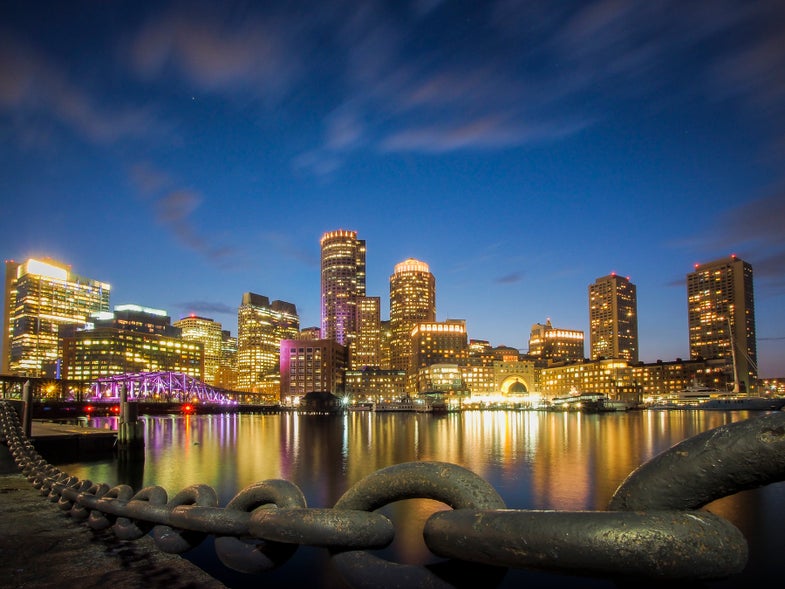 With the specter of rising sea levels threatening many metropolises worldwide, cities are starting to rethink what their future might look like. And in Boston, that future might look a little bit like Venice, canals and all.

A nonprofit research group, the Urban Land Institute (ULI), recently released a report which outlines Boston’s options for dealing with rising waters. The sea level in Boston is currently rising at a rate of 0.11 inches per year. That may not seem like much, but eventually it could cause major, costly problems for the coastal city — especially in the event of large storms like Hurricane Sandy. ULI offers numerous suggestions, including constructing artificial reefs, marinas, and algae farms; reconfiguring utility and drainage systems in low lying areas to accommodate floodwaters; and building seawalls and dunes. The fifty-two page report lays out potential plans of action in four different areas of the Boston area: the Alewife Quadrangle, The Innovation District in South Boston, Back Bay, and Revere Beach.

One of the suggestions that’s attracting the most attention relates to a proposal to install canals in Boston’s Back Bay, embracing the rising sea levels as a new method of transportation. The plan would be to allow alternating streets in the neighborhood to flood, while keeping some of the streets intact. According to the report, “The canals will provide new waterway connections to the Charles River through a system of locks and to Fort Point Channel by way of the naturally forming Mass Pike Canal.”

Adding waterways to Back Bay is actually kind of a throwback for the neighborhood. Back Bay used to be a bay that was filled in with dirt during the 19th century. So if the city does decide to add canals to Back Bay in order to preserve it’s future, in some ways it will be paying homage to its past.