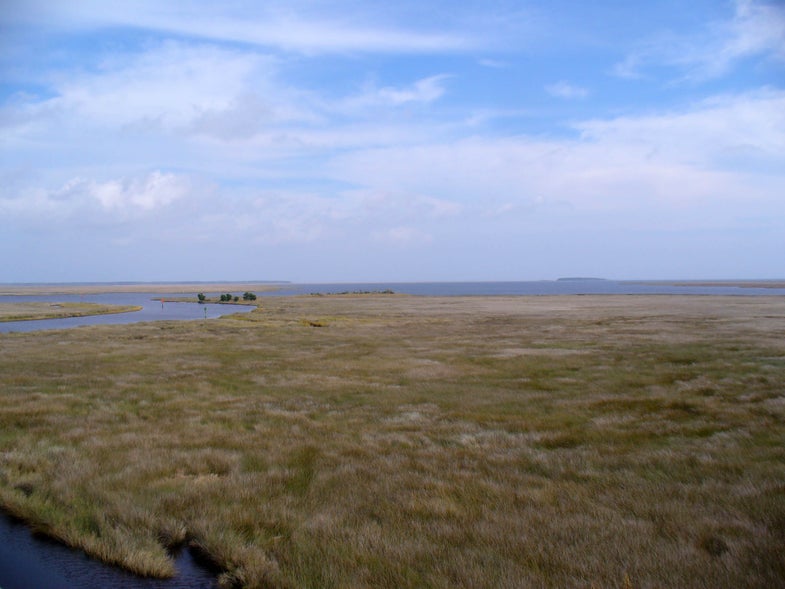 The seas are rising at a faster rate right now than at any point since at least the era of Julius Caesar, and there is a direct link between this increase and changes in global surface temperatures, according to a new study. Rising sea levels could have major impacts on not just marine ecosystems, but the entire planet, as coastal areas are swamped by encroaching waters.

The findings will help improve climate models and scientists’ understanding of future sea level changes due to human-caused climate change. Until now, studies of sea level rise have been largely limited to satellite data, comprising a couple of decades, and tide-gauge records, comprising about 300 years.

Sea level increase is one of the most threatening aspects of climate change. Increases in global average temperatures will cause ice sheets to melt, gradually increasing the average height of the oceans and inundating coastal areas across the globe.

Sea levels were stable from at least 100 BC to 950 AD, according to Benjamin Horton, a professor of earth and environmental sciences at the University of Pennsylvania who co-authored the study, published in the Proceedings of the National Academy of Sciences. The levels rose a bit for the next 400 years, during a warm period known as the Medieval Climate Anomaly, and then they were stable again throughout the Little Ice Age, which lasted until the late 1800s. Since the onset of the industrial age, sea levels have risen by more than 2 millimeters per year — by far the steepest increase in the past 2,100 years.

“For the last 1,000 years, whenever temperature has changed, sea level has changed,” Horton said in an interview. “It’s a huge body of evidence to say that in the 21st century, with temperatures shown to be rising, that sea levels will rise. That’s a great worry that comes out of this study.”

To reach this conclusion, Horton and colleagues at the University of Pennsylvania, Penn State, Yale University and institutions in Germany and Finland studied core samples taken from the salt marshes of North Carolina’s Outer Banks.

Salt marshes contain plants and bacteria that respond in measurable ways to changes in salinity, so their location at various sediment layers can provide clues about sea levels. Horton and colleagues studied microfossils called foraminifera that were preserved in the sediment cores. The sediment samples’ ages were determined with radiocarbon dating, Horton said.

“As you go deeper and deeper, you go back through time,” he said. 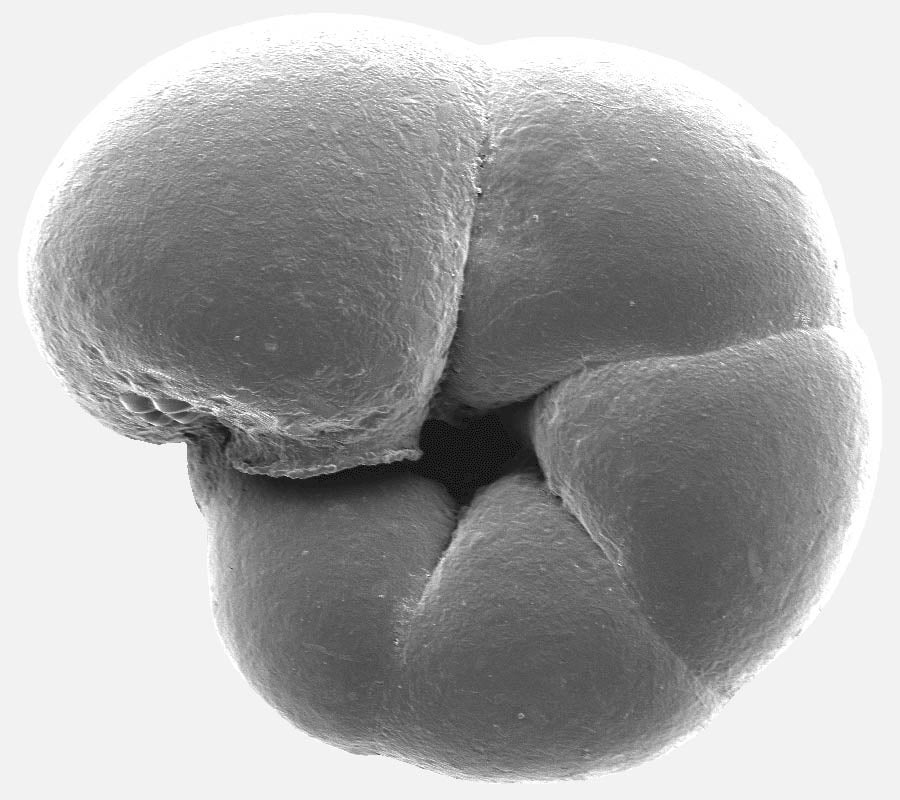 The area has been mostly undisturbed by humans — there are no ditches, buried pipelines or cables to interrupt the natural sediment deposits, Horton said — and it offers a uniquely consistent rate of subsidence, or sediment deposition, as a remnant of the last ice age. Without this gradual sinking of the land, there would be no new sediment, Horton said. The researchers had to account for the deposition rate to ensure their data was accurate, he said. Previous research determined the natural subsidence rates for the areas in question, Sand Point and Tump Point, N.C.

Although humans may not have disrupted the land, hurricanes have certainly taken their toll on the Carolinas several times in the past two millennia. Powerful winds and waves could have shifted the sediment layers, interfering with history. To account for this, the team drilled samples at sites that did not face the ocean, Horton said. He added that hurricanes would leave an obvious imprint in the core samples, with large grains of sand rudely embedded in the soft deposits.

The researchers drilled core samples several feet deep, and stopped at a depth equivalent to 2,000 years of sediment deposition. This is a much shorter time frame than the typical core samples taken from Arctic ice sheets, but it’s easy to correlate to known historical temperatures, Horton said.

After accounting for naturally occurring subsidence, Horton et. al found that sea levels rose an average of 0.6 millimeters a year from about 800 AD-1080 AD, for the following 400 years.

“If you look at our sea level record, the first acceleration is around 1000 AD. What we would expect is that temperatures would be warming, and we know they are, during the medieval warm period. You can assume that the oceans expanded and the ice sheets melted. Then you have a period of stable sea level, which coincided with the Little Ice Age — the oceans may have slightly contracted, so the sea level corresponds to that,” Horton said.

After 1850, temperatures began to rise, and so, too, did the seas, Horton said. Incidentally, Penn State climatologist Michael Mann, who helped create the famous “hockey stick” graph of temperature trends over the past 1,000 years, is a co-author on this study.

In some ways, the correlation should not be surprising, Horton said.

“It’s evidence to support the obvious. The basic laws of physics say if you increase temperature, ice will melt,” Horton said. “But what we show is how sensitive sea level is to changes in temperature. The medieval warm period was a very subtle change, but it results in a response in sea level. It indicates that they are intrinsically linked, and it’s a very sensitive and instantaneous response.”

Despite this strong correlation, the study is mum on future sea level projections. The data will serve to improve the models that will predict those increases, Horton said.

The research was funded by the National Science Foundation and published in this week’s issue of PNAS. 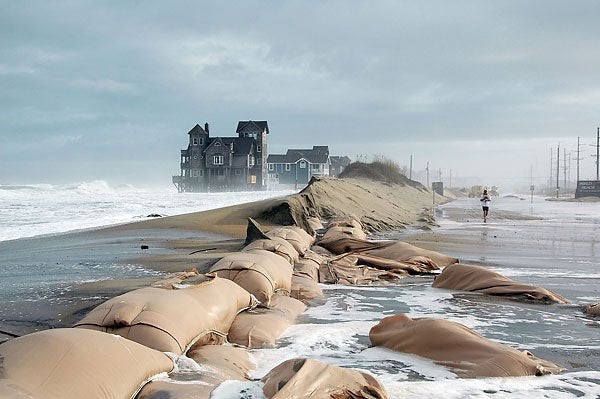 Sea level rise is swamping coasts; Rodanthe in the Outer Banks of N.C. is pictured.