Sea Level Rise May Be Accelerating 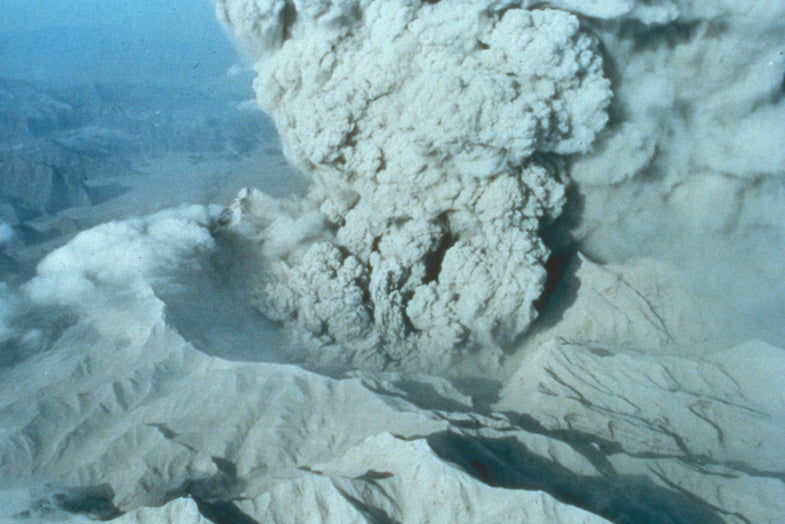 The catastrophic eruption of Mount Pinatubo in 1991 masked the acceleration of sea level rise for decades. USGS
SHARE

When Mount Pinatubo erupted in the Philippines in 1991, it killed hundreds of people, disrupted flights, and sent towering clouds of gas and ash high into the atmosphere.

Particles of ash and sulfur dioxide from the eruption traveled 22 miles into the atmosphere, creating an aerosol haze that partially blocked sunlight for the next year, dropping the worldwide temperature by 0.5 degrees Celsius in 1992. That sudden cooldown came at just the right (or wrong) time: two years before the first satellites designed to monitor sea level rise were launched in 1993.

In a paper published in Scientific Reports, researchers found that the cooling from the Pinatubo eruption had effectively hidden the effects of climate change on sea level rise for decades, with the short cooling period from the volcanic eruption canceling out a small portion of global warming due to the release of greenhouse gasses like carbon dioxide into the environment.

Unfortunately, that momentary pause is slowly fading, which means that an acceleration in sea level rise might be imminent.

“When we used climate model runs designed to remove the effect of the Pinatubo eruption, we saw the rate of sea level rise accelerating in our simulations,” lead author of the paper John Fasullo said. “Now that the impacts of Pinatubo have faded, this acceleration should become evident in the satellite measurements in the coming decade, barring another major volcanic eruption.”

Volcanic eruptions are still highly unpredictable, so waiting on a large volcanic eruption to save our shorelines is probably not the best course of action. Especially considering that before this study came out, NASA scientists were already warning about an increase in the rate of sea level rise in the near future. Luckily, governments are already aware of the problem, and are working to come up with solutions to the inevitable influx of water into cities. Canals in Boston? It could happen.