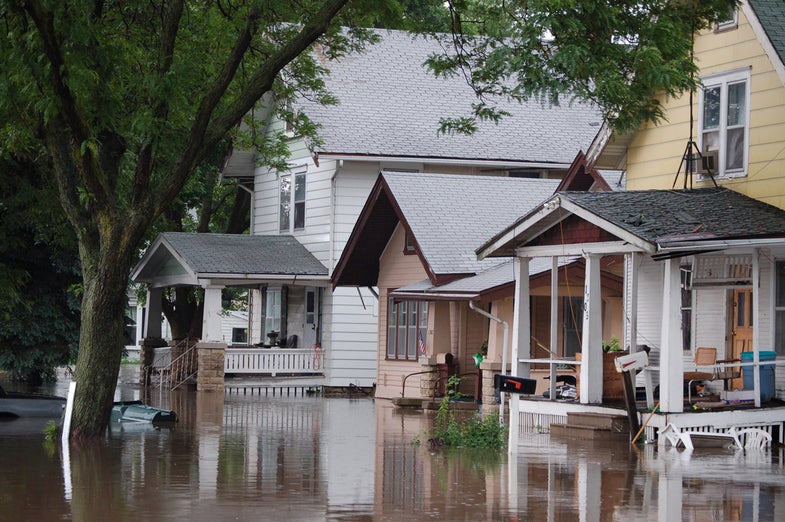 A rising tide might lift all boats, but rising sea levels could have a negative impact on millions of Americans. A study published today in Nature Climate Change found that if sea levels rise 6 feet by 2100, an estimated 13.1 million people would be impacted, losing the land they live on to the sea.

Six feet of sea level rise by the end of the century is one of the more extreme estimates, close to what would happen if a warming climate wiped out the polar ice sheets entirely. (However, that isn’t that far fetched.) Under a more moderate scenario, though, with around three feet of sea level rise, the authors estimate that 4.2 million Americans might be at risk of inundation. Still bad, but not quite as bad.

But this doesn’t necessarily mean that there will be a massive population exodus towards higher ground by the end of the century. As the authors point out in the paper, they combined sea level estimates and population estimates to reach their conclusions. They didn’t look into people’s behavior when confronted by sea level rise, because for the most part, that data doesn’t exist yet, and people and cities have been known to stay in one place even as the sea encroaches. Just look at Venice. Even in a city with sinking land, canals, and horrendous flooding, people are still living there, and the population has stayed relatively constant for the past 10 years.

Here in the United States, major cities are already working to prepare for sea level rise scenarios, developing techniques that might change how populations in those cities interact with their new landscape. Increasing the resilience of cities in the face of changing climate means that people might be able to weather the changing future. Or, they might not, and everyone might pack their bags and head inland. We just don’t know yet.

We might not be able to predict exactly what the future holds, but it will definitely be wet.