Over The Past 60 Years, A Reef Island Has Grown Out Of The Sea

It is now stable and vegetated. Great job, island! 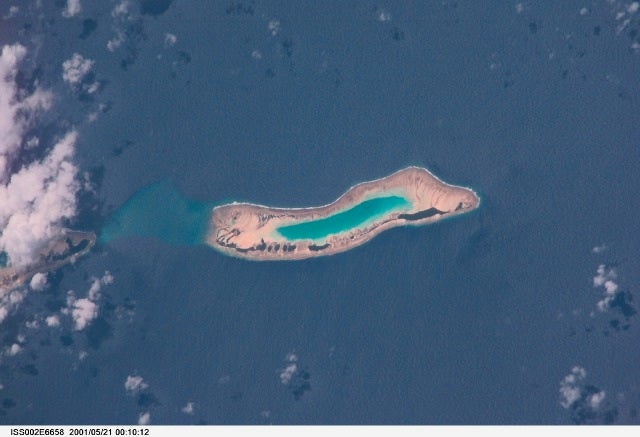 How old are you? Are you of retirement age yet? If so, in your lifetime, an island has been reborn, sand grain by sand grain.

Between 1945 and 2010, a sediment deposit in the Pacific Ocean grew to become a “fully vegetated and stable island,” two environmental scientists report this month. The island birth occurred in the Nadikdik Atoll, many of whose islands were destroyed in a typhoon in 1905 that left all but two Nadikdik residents dead. (The survivors drifted on coconut logs for 24 hours before rescue crews came.) Since then, the healthy reef in the atoll has thrown up coral bits and sand to remake itself. 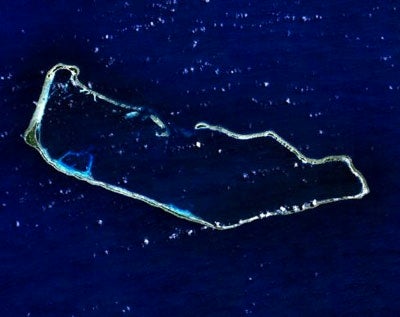 Republic of the Marshall Islands

The sediment deposit grew in area from about 17,000 square feet (1,546 square meters) to about 89,000 square feet. In addition, several small islands in the atoll merged to form one landmass. Many of the islands have been moving, some of them more than 300 feet in 61 years. That means they’re moving about as fast as a redwood tree sapling grows. These islands—once inhabited; still not far from islands that have cities and houses and cars—practically seem alive.

This study of the Nadikdik islands helps scientists better predict what will happen to Pacific islands when sea levels rise in the future, the study’s authors, Murray Ford and Paul Kench of the University of Auckland in New Zealand, wrote in their paper. Nadikdik Atoll, also known as the Knox Atoll, is part of the Marshall Islands. That island nation has already seen trouble from rising seas. Sea level increases by about 2.2 millimeters* a year in the Marshalls. High tide now brings the ocean right up to people’s doorsteps, one former Marshall resident told me in 2011. ClimateWire recently reported that many Marshall Islanders are moving to the U.S., while others don’t want to acknowledge their home may one day be uninhabitable.

So Nadikdik’s growth happened during serious sea level rise, which is pretty cool. There’s no guarantee that will keep other Marshall Islands above water in the future, however. Ford and Kench aren’t sure what forces are making the Nadikdik islands grow. They suspect that the coral reef around the Nadikdik Atoll plays a major part. Because nobody has lived in the atoll since 1905, the reef is likely very healthy and thus able to grow islands right out of the sea.

*An embarrassing mistake! My thanks to our Facebook commenters for catching this.

[Geomorphology via the BBC]