First a plant from the past sprouted new life — now researchers in Russia and South Korea are moving forward... 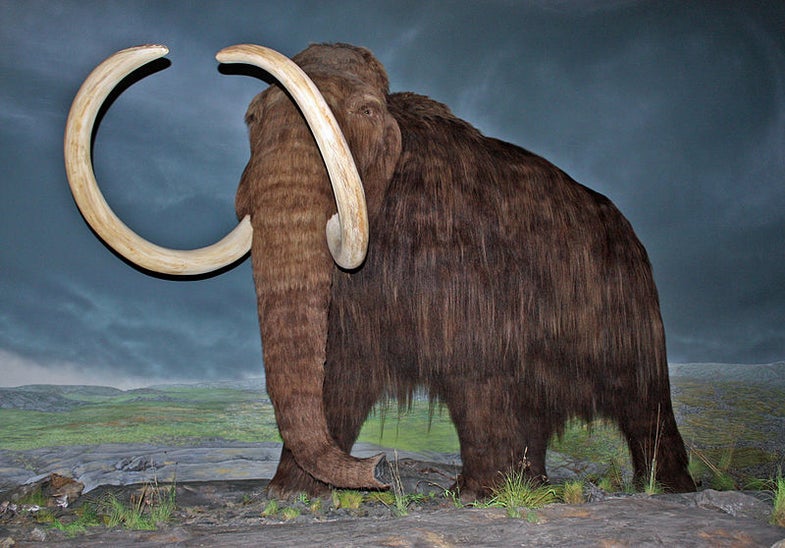 First a plant from the past sprouted new life — now researchers in Russia and South Korea are moving forward with a plan to resurrect the Ice Age woolly mammoth. Scientists in both countries inked a deal Tuesday to share technology and research that could lead to the birth of a mammoth clone, gestated in a surrogate Indian elephant mother.

Mammoth remains were uncovered in thawed Siberian permafrost, and scientists around the world have been trying to extract DNA from the remains. Previously, paleobiologists were able to reproduce mammoth blood protein, and Japanese researchers want to resurrect the mammoth within five years. This new project will move forward if the Russian institution, the North-Eastern Federal University of the Sakha Republic, can ship its mammoth remains to the Koreans.

The scientists involved include Hwang Woo-Suk of South Korea’s Sooam Biotech Research Foundation, who was embroiled in controversy after he was found to have faked some research into human stem cells. He created Snuppy, the world’s first cloned dog, in 2006. Chinese scientists will also be involved in this research, according to AFP.

The plan would work like previous cloning studies that successfully reproduced dogs, a cow, a cat, a pig, a wolf and coyotes. The nuclei of mammoth somatic cells would be implanted into the nuclei of donor elephant eggs, to produce elephant embryos with mammoth DNA. The embryos would then be implanted in elephant wombs, where they would gestate for 22 months. The team plans to use an Indian elephant for the cell nucleus transfer, according to AFP.

The mammoth protein study showed that we can actually learn a fair amount by working with these extinct creatures — the mammoth blood was found to contain an anti-freeze component that no one would have known about had we not recreated its blood. So who knows what we could learn from recreating the whole thing? Surely, nothing could go wrong here … not at all … right?