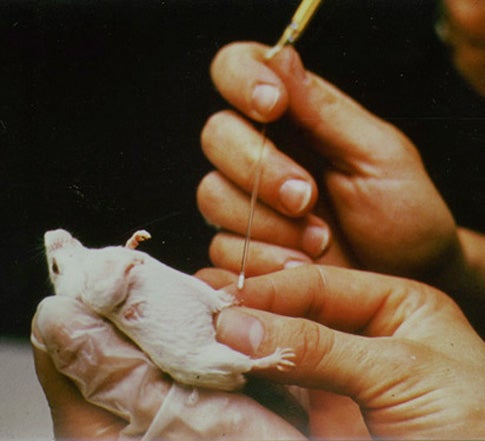 A team of Russian scientists has developed a reason to milk rodents other than defrauding Springfield Elementary School. According to National Geographic, the scientists have genetically engineered mice to produce human proteins in their milk, opening the door for healthier infant formula.

In particular, the researchers spliced the gene responsible for the production of the protein lactoferrin into the mouse genome. Lactoferrin is a protein that protects against bacterial and fungal infection, so its addition to baby formula could help give formula some of the immune system-boosting qualities that it lacks in comparison to actual breast milk.

Ultimately, the goal is to develop the technique to the point where cows or goats could be genetically engineered to produce the protein, as milking rodents on an industrial scale is obviously not the most efficient means of production. It is, however, the most hilarious: