Fifty Years Ago, Fish Were Bigger; Fifty Years From Now, They’ll Be Gone 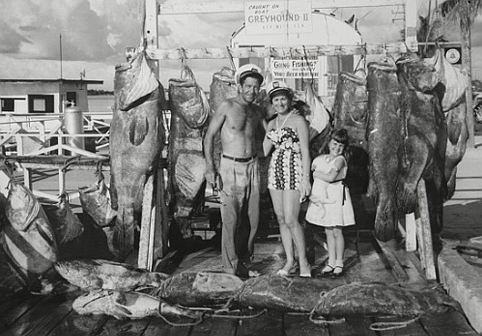 Great white whales. Schools of fish so thick they slowed boats. Sea monsters that could swallow a sailor whole. The last one may still be the stuff of lore, but scientists are using a curious series of census tools to gather evidence of an ocean that, as recently as decades ago, fairly teemed with marine life, far bigger and more plentiful that what’s found in today’s oceans.

Alone, the shipping logs and menus, woodcuts and photos, don’t amount to much. But as a whole, the hundreds of thousands of documents being amassed for the Census of Marine Life project are proving uncomfortably telling. 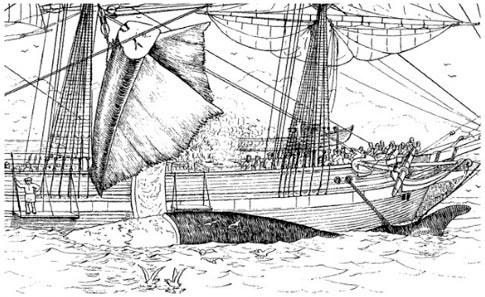 Processing of a Right Whale Carcass

Reproduced from an 1887 paper by A. Howard Clark, U.S. Fish Commission

Take whaling, for instance. In most locations, humans have had an effect on local ocean ecology for millennia, even if they only started noting it a few hundred years ago. In New Zealand, however, humans didn’t arrive until the late 1200s, so there’s a relatively small amount of missing information. The team analyzed 150 logbooks and other documents spanning centuries of New Zealand history, and say (with depressing certitude of 95 percent) that within a hundred years of the introduction of whaling, the southern right whale population had dwindled about 500-fold.

Whaling is just a single piece of the puzzle. One researcher culled 50 years’ worth of Key West fishing trophy photos to find that fish diversity and size has dwindled to a shadow of its former self (compare the photo above with the one below). Another pinpointed the point in time when equipment became technologically advanced enough for humans to make a major dent while on deep-sea expeditions — the introduction of two-ship drag-netting in the 1600s.

And some of the documentation is just cool. A Sicilian text from 1153 mentions North Atlantic islanders who capture marine life so large they can build homes from the bones.

For years, scientists have been tolling the warning bell about sea life in general. One report marks 2050 as the end of sea fish. Whether that proves drastic or accurate has yet to be seen, but an understanding of the past may well be our best guide to the future.

“The History of Marine Animal Populations project gives a head start of decades and even centuries in anticipating trends — both good and bad,” says Jesse Ausube, director of the census project. “Forecasting and backcasting are two sides of the same coin.” 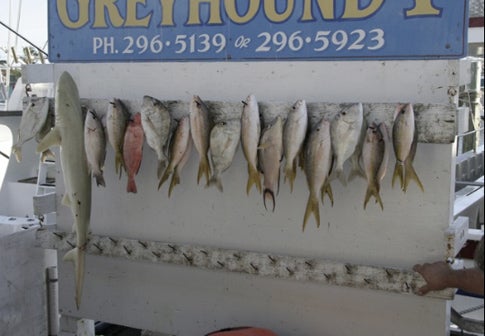