Safeplugs are cheap and would go a long way toward saving money, energy and lives. So why aren't we all using them?

If a plug and socket could communicate, what would they say? Would they discuss how much energy is needed to power a device? Would they tell each other when there’s a risk of an overload? Would they prevent themselves from being used improperly? At John La Grou’s recently released TED presentation, he explains the benefits of his big idea: an ingeniously simple way of getting a plug and socket to talk to each other.

During his talk LaGrou cites current circuitry as one of the leading causes of residential fires due to circuit breaker overloads. His solution, Safeplug, is a cheap data chip placed into the plugs of appliances that can be read by a cheap wireless receiver in the socket. 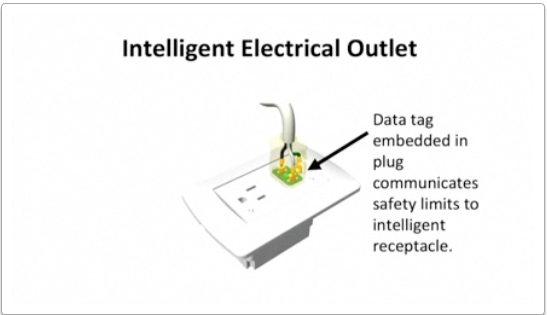 The device and the outlet are now an intelligent network, trading information of the safe operating ranges of the device. This allows the wall socket to shut off power if too much energy is flowing. Whenever there is nothing plugged in, the wall unit can just simply shut off. Considering the amount of sockets in the States alone, shutting them off when not in use can save an unbelievable amount of wasted energy. It could even prevent injuries caused by children playing with electrical sockets.

The tech has been around for years, just waiting to be implemented. Sometimes, brilliance lies in simple, logical solutions.