Metals That Generate Electric Fields May Keep Sharks Away

Materials that repel sharks could save lives . . . of sharks 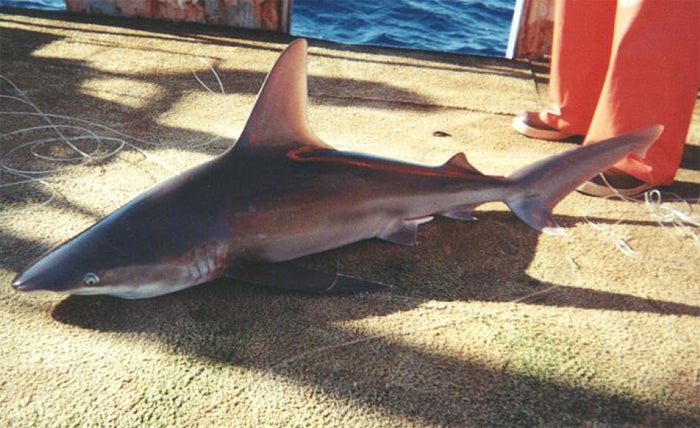 A metal that reacts with seawater to produce an electric field may help keep sharks at bay. But the idea isn’t to protect humans from shark attacks. Just the opposite: scientists hope the metal will save sharks from senseless deaths in fishing nets.

An estimated 11 million to 13 million sharks die each year as “bycatch,” collateral damage in the hunt for other fish. Sharks grow slowly and can take many years to reach reproductive age, so their populations are being severely impacted by fishing.

In a recent study that offers hope for preventing some of these deaths, scientists from NOAA, four universities, and a research firm that develops shark repellents placed bars of the metal palladium neodymium in tanks holding juvenile sandbar sharks. The sharks avoided the metal bars and weren’t tempted by bait suspended within 12 inches of the bars. The study suggests that the metal could be used to ward sharks away from fishing gear.

Palladium neodymium is machinable and reasonably priced. But more study is needed to determine whether it can resist corrosion and remain effective as a shark repellent over long periods of time.

Left: Not so Repellent
When simple lead weights are suspended in the tank, the camera mounted above the tank does not record as much avoidance behavior by the shark. Right: Shark Repellent
Red lines show the swimming pattern of a sandbar shark in a tank. The shark avoids bars of palladium neodymium that are suspended in the tank at approximately the 5-o’clock position.
Animals
Sharks
Wildlife