Before the ban, in the worst cases, the added male plumbing would make female snails explode. 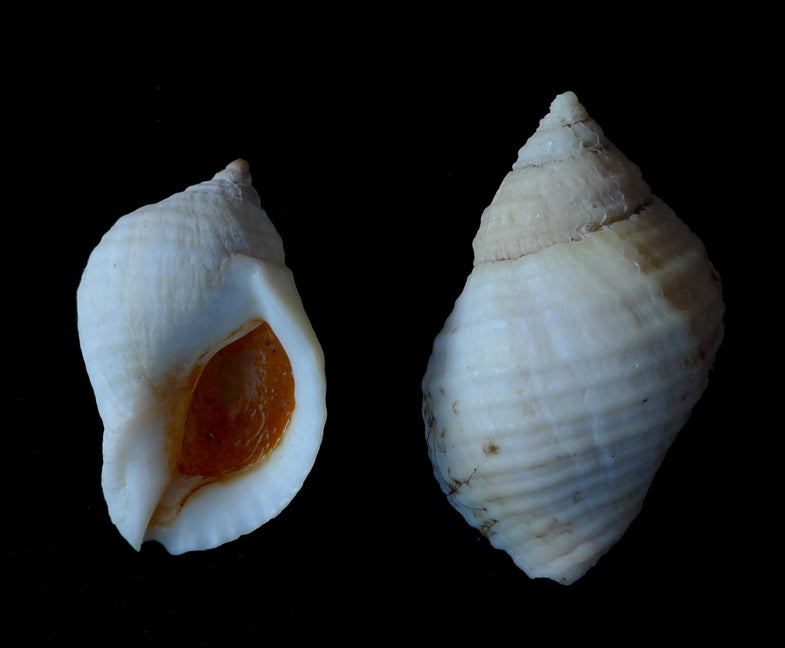 When do you want to see penises disappear? (I mean, besides on Snapchat.) When they appear on female animals. Luckily, six years after a global ban on a chemical that once appeared in the paint on ship hulls, the number of female marine snails with penises has declined, Australian public broadcaster ABC reports.

Before the ban, in the worst cases, female marine snails would also grow large vas deferens, the duct that carries sperm in many male animals. The vas deferens would block the snails from releasing their eggs, so they would explode. Until I read about that, I never knew I could feel so sad for a snail.

Before the ban, the chemical, tributyltin or TBT, entered waterways in small amounts from painted ships. Places with high shipping traffic, such as harbors, had higher concentrations of TBT and more cases of so-called “imposex” female snails. The chemical is meant to keep barnacles, algae and other creatures from sticking to boats. Countries agreed to stop using TBT on ships in 2008, but it’s still used on land to keep things from growing on wood, fabric and other products.

Researchers began seeing imposex snails soon after boats started using TBT in the 1960s, ABC reports. The chemical was also linked to falling populations of marine invertebrates such as oysters and crustaceans. In 1987, a marine chemist told The New York Times, “I’ve never seen anything like it. I think it’s one of the most toxic compounds we’ve ever intentionally added to our waterways.” Most recently, researchers have found that lab mice exposed to TBT while they’re developing become obese.

Now, snail populations in Australia seem to have fewer imposex cases and some populations have none at all, Central Queensland University marine biologist Scott Wilson told ABC.

Since 2008, the shipping industry has been searching for less environmentally damaging ways to prevent ships’ hulls from growing maritime hangers-on, which can damage hulls over time and increase boats’ drag and fuel use. Popular Science has reported on several.