Help Save The Seahorse By Stabbing At Your iPhone

Introducing iSeahorse, a citizen science project for the armored fish. 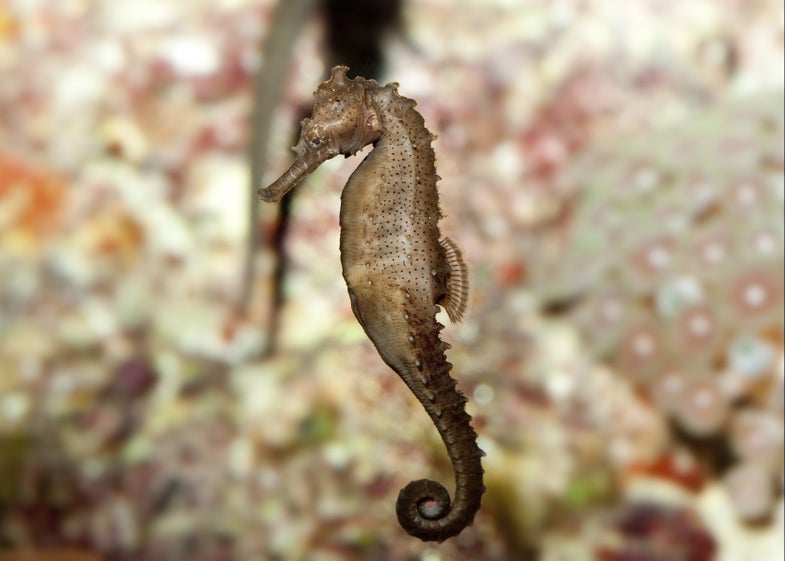 Seahorses are awesome. They’re covered in squishable armor that protects them from being crushed. They’re one of the only fish species with a neck, as well as one of the few to swim upright. They push the pain of pregnancy and childbirth off on the males of the species. Plus, um, have you ever looked at one? Look at that majestic, almost-equine face!

Unfortunately, many seahorses also appear on the World Conservation Union’s threatened species list, as a result of fishing and habitat destruction. Many species, though, are listed as “Data Deficient,” meaning we don’t know enough about their populations to figure out whether they’re facing extinction or not. This is where citizen science can come in.

A new project called iSeahorse aims to bump up the number of people on the lookout for seahorses by allowing anyone—scientist, diver or beach-goer—to catalog any seahorse sightings they experience through an iPhone app and website. (Presumably, most divers would upload a sighting after getting out of the water. For the sake of the phone.) 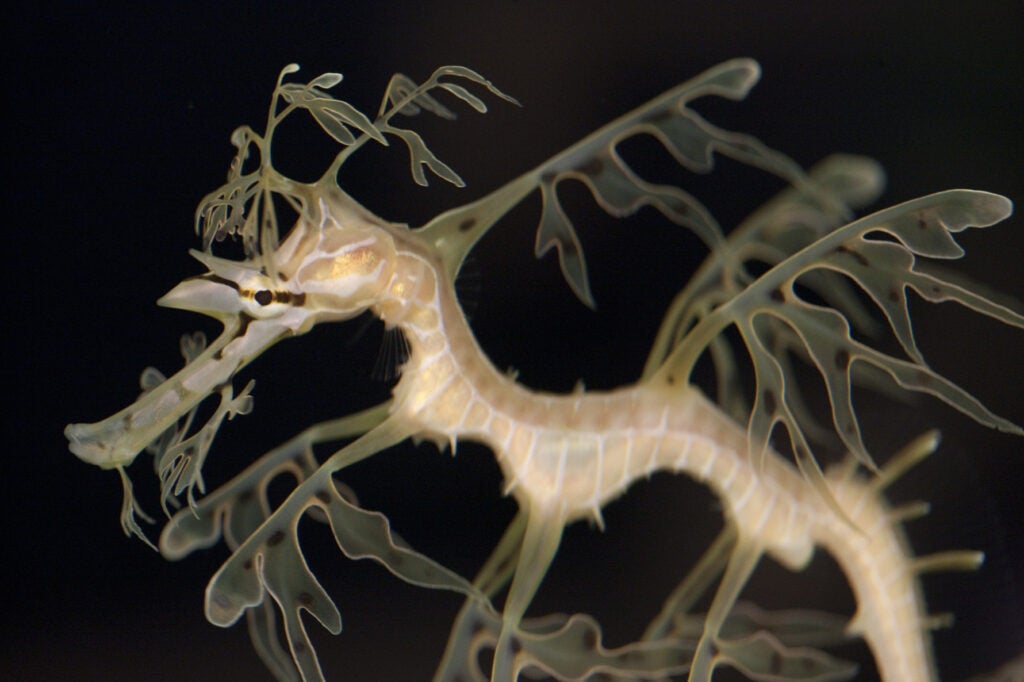 Around 13 million seahorses are sold around the world each year, either dead or alive. They get swept up in shrimp fishing nets and sold for use in traditional Chinese medicines. Some are sold as aquarium pets. Their habitats in coral reefs and seagrasses are being destroyed.

“We know that seahorses are threatened by overfishing, destructive fishing practices, and habitat loss,” Heather Koldewey, the Zoological Society of London’s head of global conservation programs, said in a statement. iSeahorse was created by the marine conservationists at the University of British Columbia, the Zoological Society of London and Chicago’s Shedd Aquarium.”Now we need to pinpoint populations and places that most need conservation action.”

The website’s online toolkit designed to help people learn to identify seahorses mainly focuses on those native to southeast Asia, a region with a high diversity of seahorse species. The toolkit also includes sample lists of the necessary equipment for a seahorse-seeking dive, guides to surveying and printable datasheets for divers to record their data before, during and after their dive. 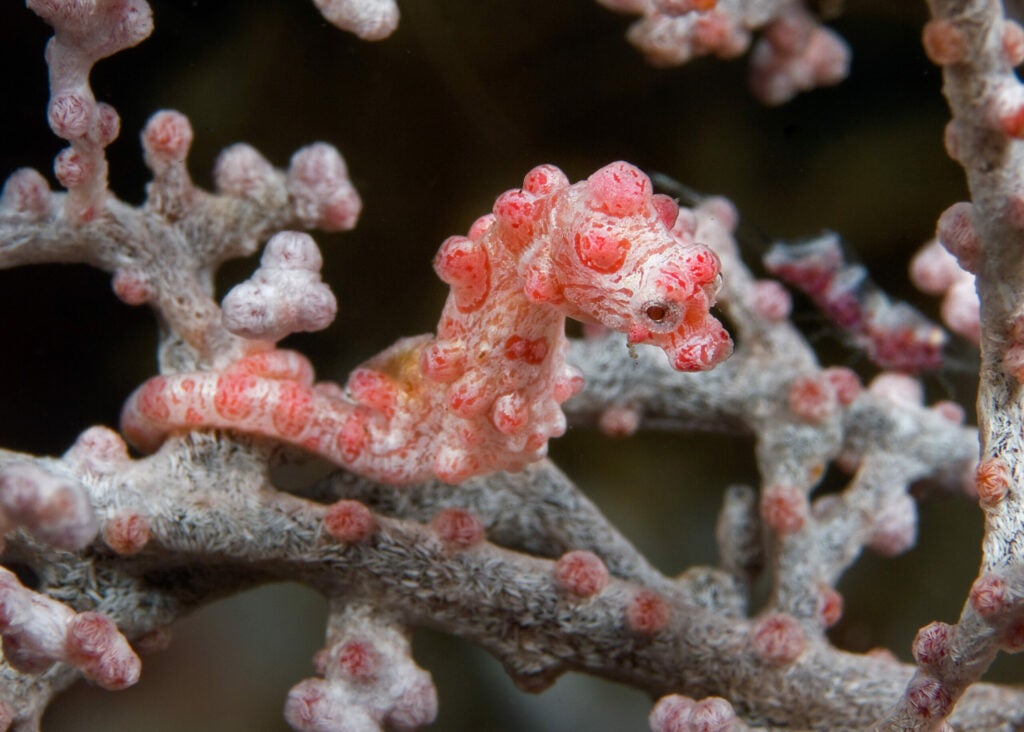 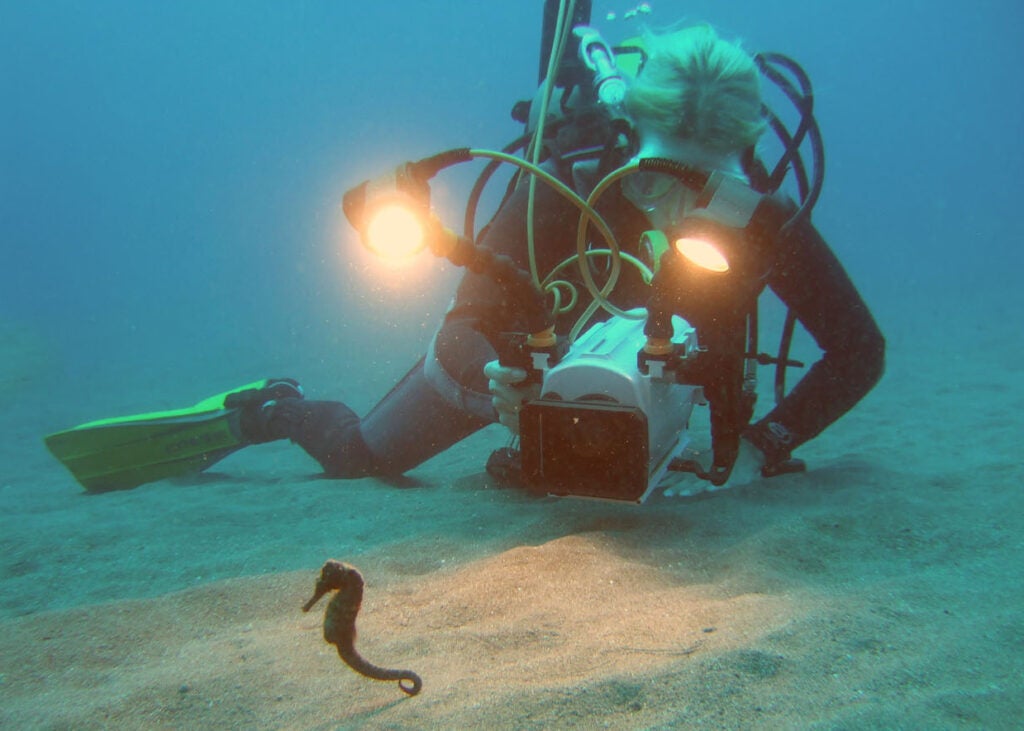