These critters are a lot less lame than we thought 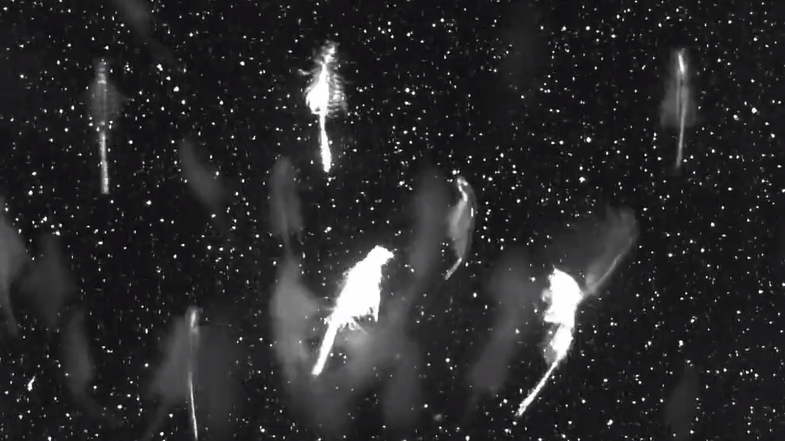 Remember those old sea monkey kits, with the pictures that made it look like you could raise tiny mermen in a fish tank? My parents never bought me one (despite my best efforts), but apparently a lot of kids were severely disappointed when their freeze-dried eggs hatched and looked like this instead: 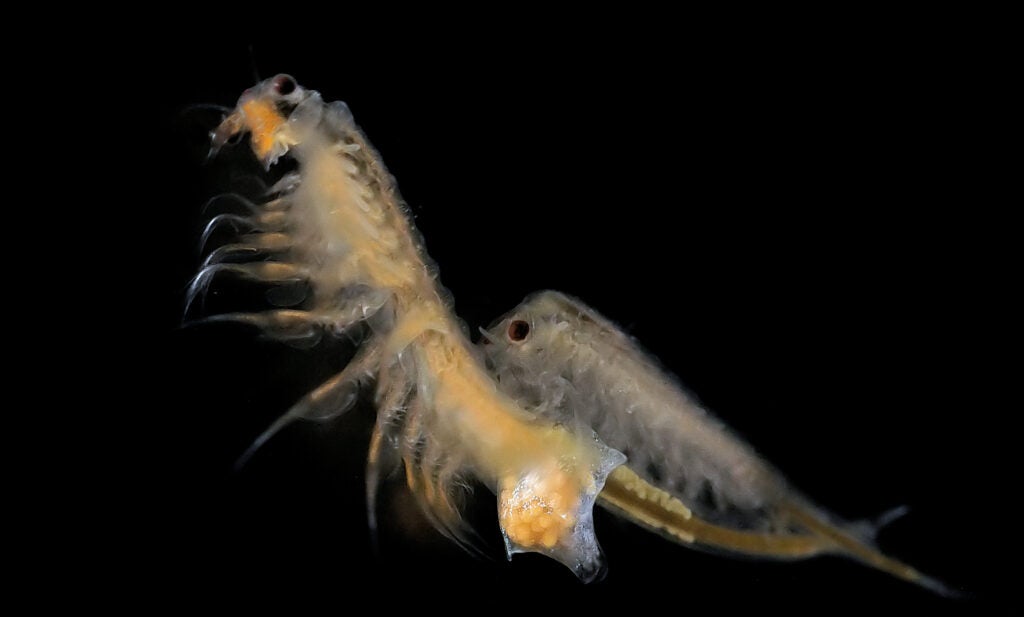 Well, it turns out that we may have dramatically underestimated the sea monkey (a.k.a. “brine shrimp”). According to a new study, the movement of sea monkeys and other small sea creatures could influence ocean circulation patterns on a global scale—to an extent that rivals the wind and the Moon.

Sea monkeys travel in large groups, and their movements are dictated by the Sun. During the nighttime, they come closer to the water’s surface, and in the daytime they swim deeper. Knowing that, researchers from CalTech used laser lights to manipulate the movements of sea monkeys in a tank, and recorded their motion. As the shrimp swam, microscopic silver-coated glass spheres in the water helped high-speed video cameras capture the water movements. Check out the video below:

Each individual shrimp only generates the tiniest of currents, but when many shrimp swim in tandem, they generate a current that’s stronger than the sum of those created by each individual. “When a bit of water is pushed by one animal, that water moves downward by a small amount and then stops moving,” study author John Dabiri explains to Popular Science. “If two animals are swimming close to one another, the downward ‘push’ they give to the water is more than what would happen if a single animal pushed the water twice.” And when a larger group moves together, he says, they produce strong downward jets with swirling currents on the side.

Here’s another video, just because it’s so flippin’ cool. In this one, the colors indicate particle velocity.

Though the experiment took place in a fish tank, the researchers think that the collective action could be powerful enough to influence broad circulation patterns. And if other small sea creatures influence water flow in similar ways, it could mean that together they add a trillion watts of power to the ocean’s currents. That means that even the most minuscule organisms could drive the distribution of salt, nutrients and heat throughout the oceans, and they may even influence climate.

The study was published in Physics of Fluids. 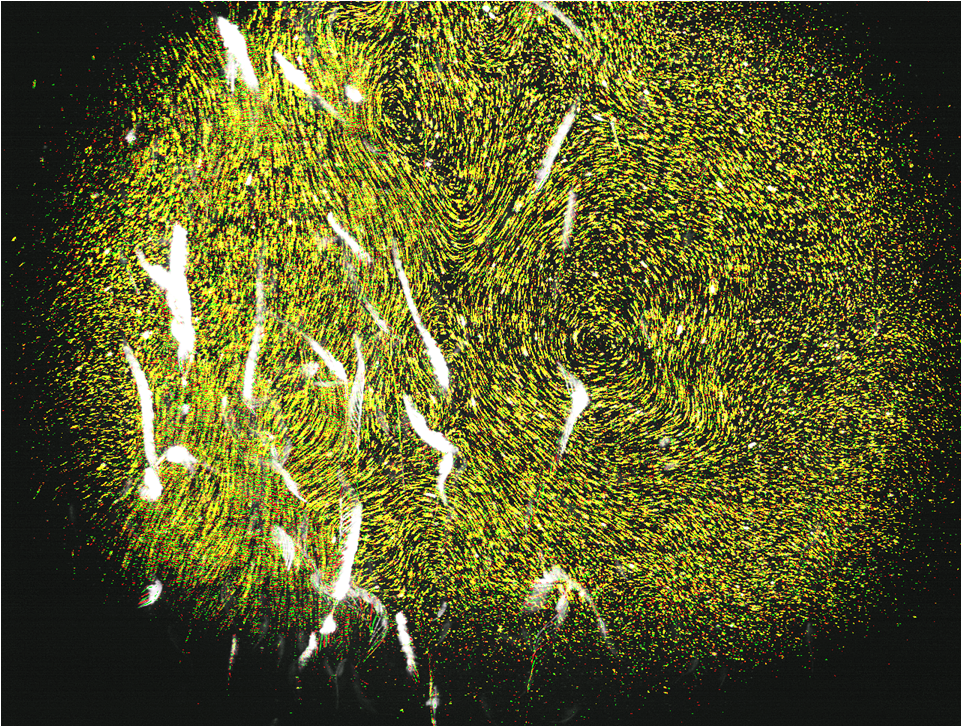 This timelapse image shows the circulation patterns as the sea monkeys (white) move through the water and glass particles (yellow).
climate change
future of the environment
ocean currents
Science