My Visit to An American Rare Earth Metals Mine

The electronic future is buried under the ground in Missouri A chunk of magnetite guards the office door at the Pea Ridge iron mine near Sullivan, Mo., a mascot of the mine’s past and future. When Jim Kennedy bought the mine in 2001, he’d planned to restart production on a high-grade iron ore deposit. He didn’t realize he was sitting on a mother lode of 600,000 metric tons of high-grade rare earth elements — elements the U.S. is desperately hungry for. Four years ago, he almost threw away reams of documents describing Pea Ridge’s deposit. “Nobody bothered to tell me about it,” he said.

At present, the U.S. is almost totally reliant on China for rare earth elements, which are used to make lasers, guided missiles, efficient batteries, and other technologies of the future. But China has recently slashed its exports of these materials, promising new regulations over their production, while raising prices — and the hackles of numerous national governments. As scientists work on possible alternatives to rare earths, some think renewed domestic production of the minerals could loosen China’s grip over 95 percent of the world’s rare earth supply.

Right now, the Pea Ridge mine is a quiet, muddy place with rusting mills, storage sheds cluttered with cracked core samples, and a marshy lake full of mine tailings. But when it’s renovated and reopened, Kennedy hopes to become only the second rare earth producer in the western hemisphere. He envisions a bustling mine producing billions of dollars of rare earths, feeding the renewable energy and defense industries. He has a few hurdles to clear before that dream becomes reality.

Rare earths are recovered just like other metals — from rocks removed from the ground that are broken up, milled and processed into purified forms. It’s a water-intensive, toxic process, but Kennedy says his mine has plenty of rare earths in the mile-long, 100-foot-deep lake of tailings, a slurry-like waste byproduct of almost 40 years of iron mining. He aims to start mining the lake’s 22 million tons of waste by the end of the year and restart underground mining in 2012.

On the frigid day I visited, Kennedy took me to Pea Ridge’s core room, a metal shed stuffed with stacks of long, thin cardboard boxes. Inside each box is a section of a core sample taken when the mine was first developed. The one-inch-diameter cylindrical rocks helped Bethlehem Steel, the original owner, determine what the mine had to offer. Back in the 1960s, however, they were only interested in iron. Kennedy pulled out a broken piece and held a magnet to it, and it stuck — a chunk of magnetite, just like the front office sentinel. Another slice of rock was embedded with some glinting yellowish speckles. Those could be bits of rare earth oxides, he said.

Kennedy aims to resume the mine’s production of iron, but to produce rare earths as a byproduct of iron purification. That’s possible due to the way the metals are situated in the earth.

The iron ore is criss-crossed with breccia pipes, a mass consisting of broken sedimentary rock infused with intriguingly named minerals like xenotime and monazite. The rare earths are part of those minerals. “The entire system is flooded with rare earths,” Kennedy said.

The phosphorus in these minerals must be removed if their iron is to be used, but it turns out that’s a good thing for rare earth production. The rock is crushed into a fine powder and added to a pine oil solution to produce a frothy liquid. The phosphorus and the rare earths float out, separating them from the high-grade iron. 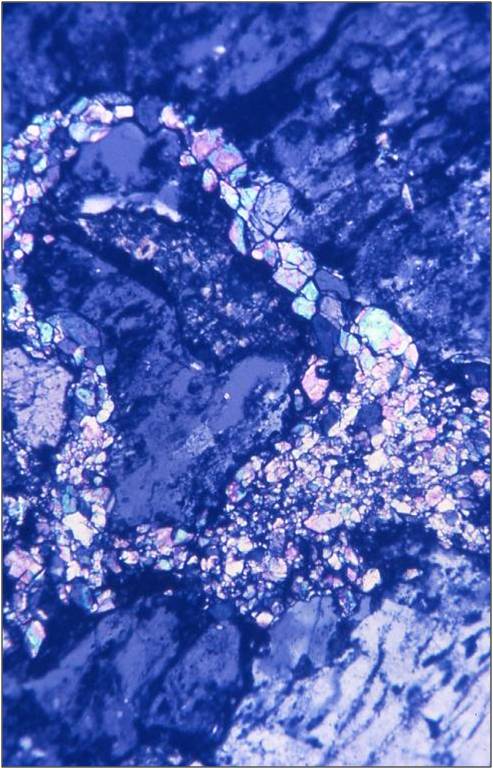 The REEs show up as bright colors under UV light.

When it starts production, Pea Ridge would follow California’s Mountain Pass mine, becoming only the second American producer of rare earths. Molycorp Inc. started work at Mountain Pass in December, the mine’s first activity since 2002, when it closed amid regulatory problems stemming from a wastewater spill. Mountain Pass now produces about 3 percent of the world’s rare earth supply, and Molycorp hopes to increase that to 25 percent, producing 40,000 metric tons a year by 2013.

Mountain Pass will be the country’s leading rare earth mine, but it won’t be able to produce many of the so-called heavy rare earths, like dysprosium, which is used to make computer memory and lasers. One analyst suggested this week that Molycorp should diversify by buying up companies with claims on heavy rare earth deposits. Pea Ridge has them in abundance, according to the U.S. Geological Survey.

Despite their name — a holdover from the 1800s and early 1900s — rare earths aren’t particularly rare; they’re much more common than gold, and some are nearly as common as lead. They’re found in relatively low concentrations, however, requiring the processing of lots of rock. Ten states are known to have significant rare-earth deposits, according to a 2010 study by the USGS. Most are in the western U.S., but the Pea Ridge deposit has the highest grade of any site in the country, averaging 12 percent rare earth oxide concentration. Mountain Pass has much more tonnage, but at an average of only 8 percent concentration (and the vast majority is “light” rare earths).

Given its resources and existing infrastructure, why isn’t Pea Ridge already producing rare earths? There’s a catch. Along with iron, the heavy rare earths at Pea Ridge are found intermingled with thorium, a radioactive element that requires special processing and cleanup. Hoping to turn this into a positive, Kennedy is drumming up support for thorium as an alternative energy source, namely powering molten salt reactors that could be scattered throughout cities. “When you mine for rare earths, you get the thorium for free,” he said. 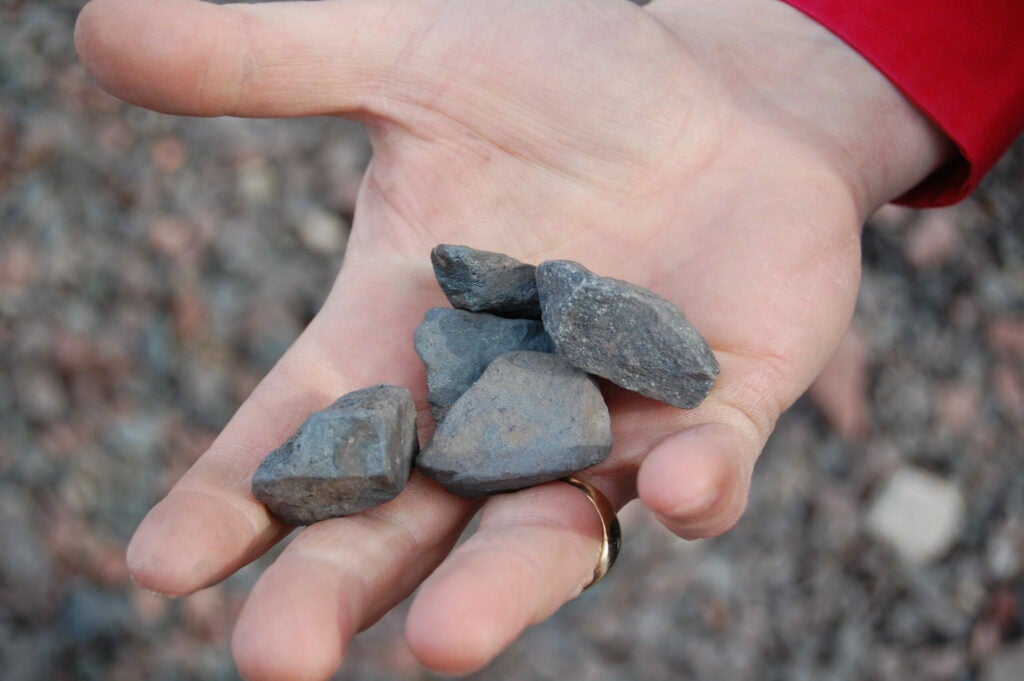 More Than Meets the Eye

Chunks of hematite and magnetite, found scattered on the ground at the Pea Ridge iron mine in Sullivan, Mo., contain iron, phosphorus and trace amounts of rare earth metals. Later this year, the mine’s owner aims to become the second producer of rare earth metals in the western hemisphere.

Kennedy, a former Army Special Forces soldier and investment banker, has become an outspoken evangelist for rare earths and thorium, speaking to members of Congress, mining groups and engineers — he just gave a presentation at Oak Ridge National Laboratory — about the problem of Chinese dominance and the potential for American resurgence. He is pressing lawmakers in Missouri and Washington to establish a public-private cooperative to come up with $1 billion to build a rare earth refinery in Missouri, and he is hoping to spur a new thorium energy industry.

For now, his plans center on iron production. He wants to build a pipeline to ship iron ore to the Mississippi River 44 miles to the east, where he already has a permit for a processing facility and barge port. Pea Ridge will be the only domestic producer of merchant pig iron, which is used to make steel. Currently, American mills import pig iron from countries like Brazil and Sweden. Just like in its past, iron will be the mine’s main motivation, Kennedy said. But the almost-forgotten rare earths could be the icing on the cake.