The majority of shark species are threatened with extinction, and overfishing is the main culprit. 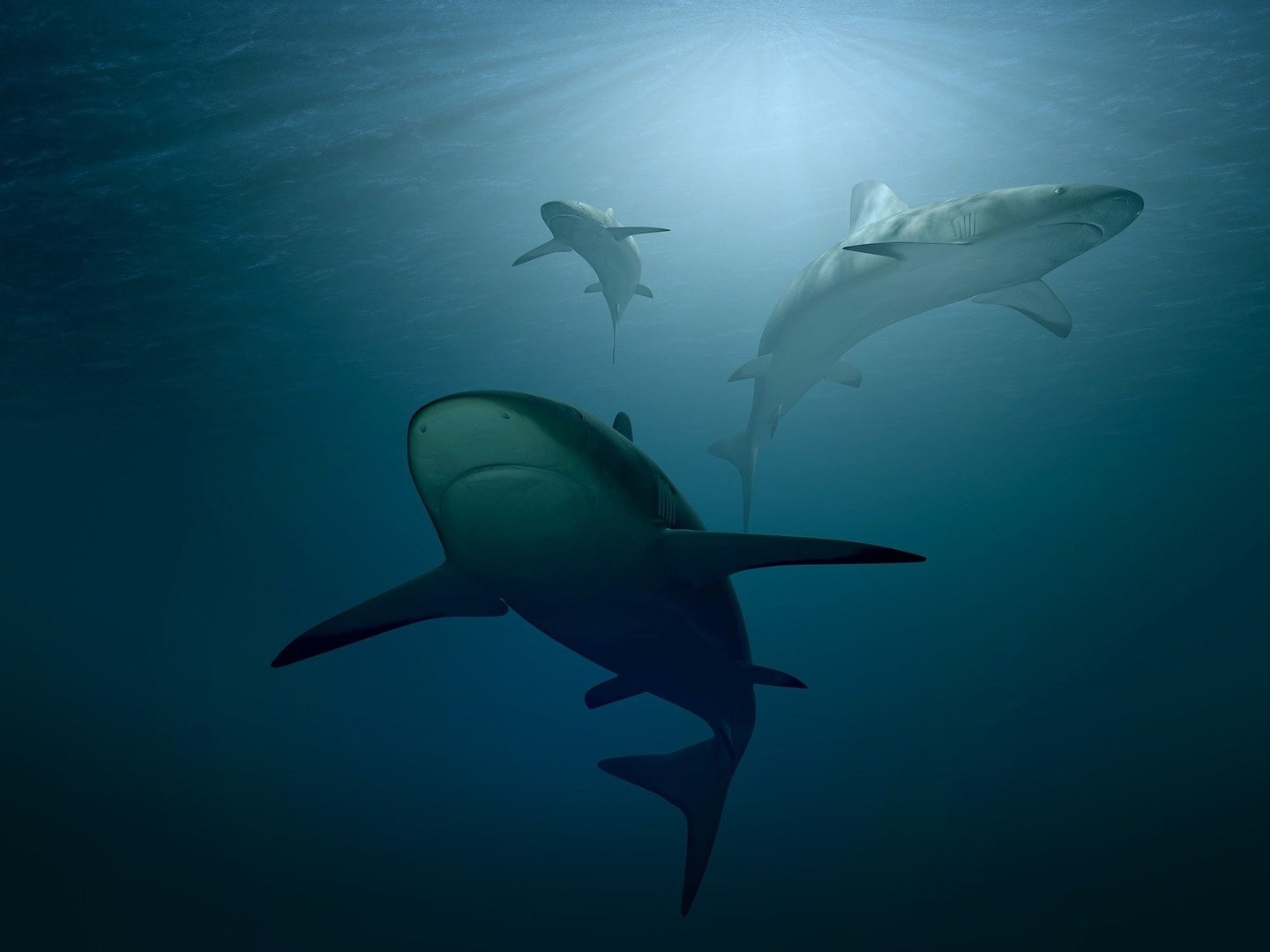 Researchers have been observing serious declines in oceanic and coastal shark populations around the Atlantic Ocean and in the waters off of South Africa and Australia for decades. Pixabay
SHARE

Over the past half-century, oceanic sharks and rays have diminished around the globe, an international team of scientists reported on January 27 in the journal Nature. The researchers analyzed records dating back to the 1970s to track 18 species that dwell on the high seas, and found that their populations had dropped by 71.1 percent overall. Additionally, the team analyzed the IUCN Red List of Threatened Species’ extinction risk assessments (which evaluates the risk of extinction for different species) for 31 oceanic sharks and rays and found that about 77 percent of those 31 species are now threatened with extinction.

“What we observed was that the global abundance of sharks and rays has declined by nearly three quarters over the last 50 years and it’s primarily due to overfishing,” says Nathan Pacoureau, a marine biologist at Simon Fraser University in Burnaby, British Columbia and coauthor of the new findings. “The opportunity for saving these iconic creatures is rapidly closing.”

In some cases, sharks and rays are caught for their meat or liver oil. In other instances, though, they are accidentally snared along with commercially valuable species like tuna and swordfish. These animals’ populations are particularly vulnerable to overfishing because they cannot quickly repopulate. “Oceanic sharks have a very slow pace of life, so they take generally a decade, or even several, before they can mature,” Pacoureau says.

Researchers have been observing serious declines in oceanic and coastal shark populations around the Atlantic Ocean and in the waters off of South Africa and Australia for decades. To investigate how sharks have been doing around the globe, Pacoureau and his colleagues pored over scientific papers, government reports, and other records and examined how the populations of different shark and ray species have changed over time.

They found that every species had decreased in abundance since 1970, with the exception of the smooth hammerhead shark. In the Indian Ocean in particular, shark and ray populations had dropped by 84.7 percent over the past 50 years. After an initial steep drop, sharks in the Pacific Ocean have declined at a slower rate since 1990. Meanwhile, shark populations eventually began to stabilize in the Atlantic Ocean after 2000. A few species have even begun to rebuild their numbers since the turn of the century, including the great white and porbeagle sharks.

When the researchers consulted the listings from the International Union for Conservation of Nature’s Red List of Threatened Species for 31 species, they found that the risk of extinction has increased since 1980—a time when only nine species were considered under threat. Now, 24 species are threatened with extinction. Three have become critically endangered, including the oceanic whitetip, scalloped hammerhead, and great hammerhead sharks. An additional four species are categorized as endangered.

For all 31 species, the Red List indicated that overfishing was the biggest threat (although several species face additional risks such as ship strikes). Since 1970, catch rates have tripled for sharks and rays. Additionally, more sharks and rays are kept after being captured to meet the growing demand for their fins. Pacoureau and his team estimate that, since 1970, sharks and rays have faced an 18-fold increase in relative fishing pressure, which measures changes in catch rates relative to the number of fish remaining.

It’s likely that shark and ray populations have been waning even before the period the researchers tracked. “Our analysis starts in the ’70s, but we know that fishing fleets have been expanding globally since even before the ’50s,” Pacoureau says.

Sharks and rays play an important role as predators in marine ecosystems, as well as being a vital source of sustenance for many people. The overexploitation of these species “risks the food security for some of the world’s poorest countries…and can also squander ecotourism opportunities,” Pacoureau says. However, relatively few countries impose catch limits on oceanic sharks, he and his colleagues note in the study.

“Over the last few decades, we have seen a steady positive shift in the public’s perception of sharks. That concern has helped drive significant conservation policy advances, particularly through global wildlife treaties,” Sonja Fordham, president of the nonprofit Shark Advocates International and another coauthor of the research, said in an email. “In most countries, however, concrete restrictions on the main threat—fishing—have not kept pace.”

To protect sharks, the researchers concluded, it’s important to enact rules such as catch limits and minimize accidental captures and deaths with steps such as avoiding known shark hotspots. The good news is that these actions have already begun to replenish some shark populations. In the waters off the Atlantic and Pacific coasts of the United States, fishermen have been prohibited from keeping great white sharks since the 1990s. Meanwhile, catch limits have been placed on hammerhead sharks.

“It’s important to note that these measures have not been perfectly implemented nor have they eliminated all incidental mortality, and yet we’re seeing the tide turning,” Fordham said. “The key point is to start with a concrete fishing limit based on scientific advice and the precautionary approach and build on it over time.”