What’s next for NASA’s Artemis 1 launch

A fuel leak has delayed NASA’s moon mission, but there’s no cause for alarm. 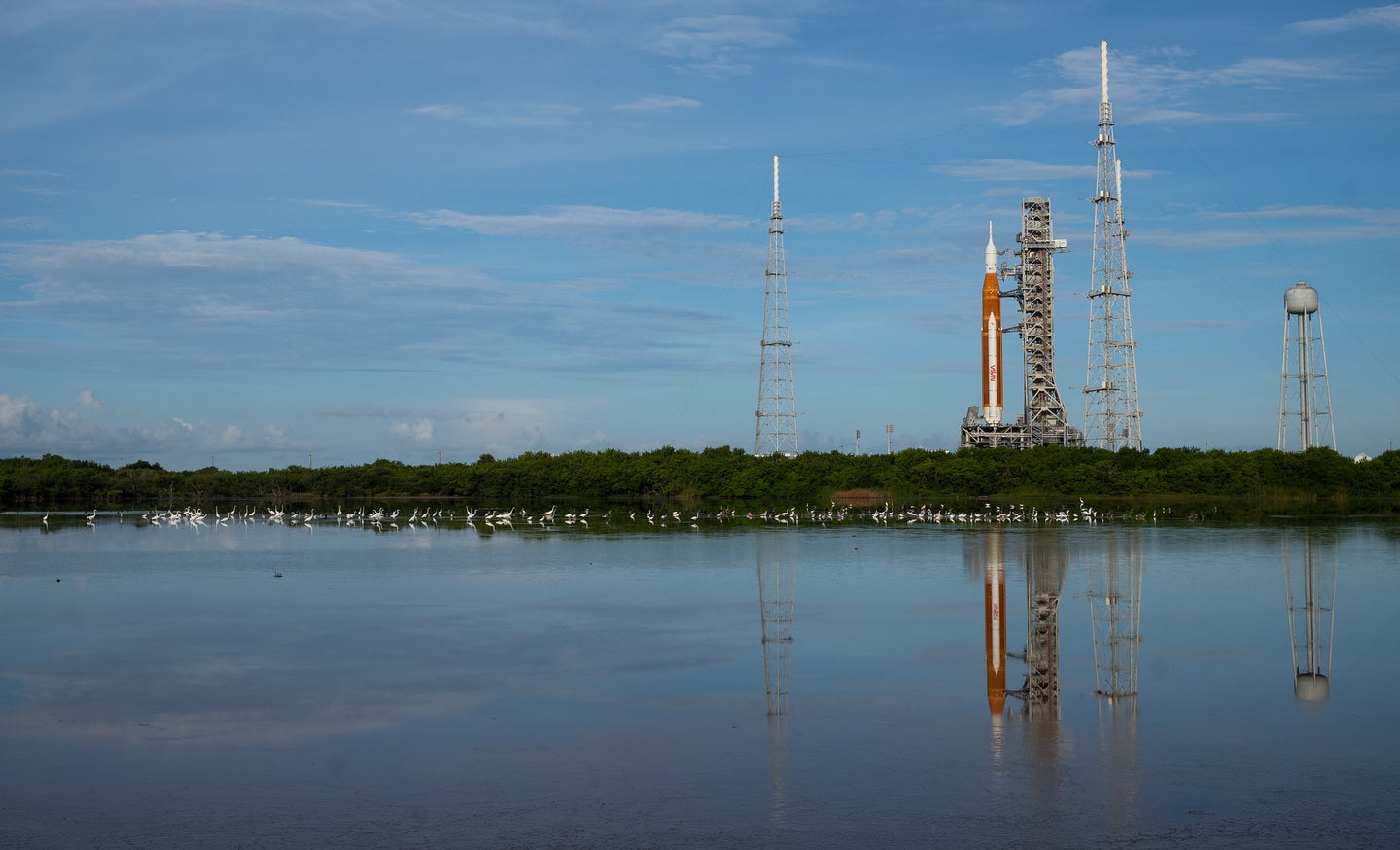 After years of mounting anticipation, NASA’s first full-scale moonshot since 1972 finally towered over its Florida launchpad in late August—only to go nowhere due to a persnickety fuel leak.

It’s just the latest delay for Artemis 1—an uncrewed flight slated to launch from Earth, shoot itself around the moon, and return. The recent setbacks mark a renewed bout of uncertainty over when, exactly, the mission will actually launch.

So what’s causing these hold-ups, what are NASA engineers doing to fix it, and will it affect NASA’s long-term lunar dreams? (Spoiler: the answer to that last question is probably no.)

What caused the delay?

More than just a lunar launch, Artemis 1 was set to be the first test of the 21st century’s Saturn V: the Space Launch System (SLS), the behemoth rocket designed to be the backbone of the Artemis program. While flying around the moon and back is certainly very cool, testing the rocket that will power future launches is perhaps even more important.

SLS uses hydrogen as a propellant, storing it in a super-chilled liquid form, below minus 423°F. While engineers were cooling the fuel lines down to that temperature, they accidentally raised the pressure. Later, as engineers began filling up the rocket’s fuel tanks in preparation for the launch, they noticed a leak in one fuel line where it met the rocket. Whether the two issues are related isn’t yet known.

Even a simple leak could be a disaster in waiting, because it could spew out hydrogen gas: a highly flammable substance, as the Hindenburg fire demonstrated.

(SLS is no stranger to such fueling problems. Back in April, when NASA engineers were conducting dress rehearsals of the rocket on the pad, engineers ran into recurring issues with leaking propellant while they tried to fill up the rocket’s tanks.)

[Related: With Artemis, NASA is aiming for the moon once more. But where will it land?]

NASA engineers are now trying to fix the leak, replacing seals along the fuel line. Over the next several weeks, they’ll retest on the pad.

Importantly, a scrubbed launch isn’t a failed launch. Instead, it’s a decision to abort and try again later, once engineers have sorted out the problems at hand. “They’re much more keen to scrub or delay a launch than to have something catastrophic that would really harm the mission,” says Makena Young, an aerospace analyst at the Center for Strategic & International Studies, a Washington-based think tank.

Once the engineers finish their retests, NASA can’t instantly try to launch again. To complete its mission, Artemis 1 needs the moon to be in a proper place in its orbit around Earth. That opportunity has passed by, and the next launch window doesn’t begin until late September: either the 23rd or the 27th.

Those dates are not arbitrary. Even though Artemis 1 is high-profile, it has to share support systems with other missions. In this case, it would share a deep-space tracking network with DART, an uncrewed probe that aims to change an asteroid’s course by crashing into it like, well, a dart. DART’s big day is on September 26, give or take a day. It isn’t becoming for Artemis 1 to step on DART’s toes.

A September launch isn’t certain. Another unanswered question is whether engineers will need to roll Artemis 1 back into the Vehicle Assembly Building (VAB), the enormous skyscraper-sized hangar where NASA assembles its rockets. The question stems from something called the Flight Termination System, a battery-powered system that causes the rocket to self-destruct if it veers off-course, avoiding collisions.

The US Space Force—who actually has authority over NASA’s rocket launches—certified the batteries for a 25-day-long period that ends before that late September window begins. Normally, NASA would need to roll the rocket back into the VAB and replace the batteries. NASA is seeking special permission from the Space Force to swap out the batteries on the pad instead.

If NASA does need to return to the VAB, the September window might become trickier to hit. The next window won’t start until later in October. In that case, NASA would need to work around a solar eclipse on October 25 that could throw a wrench into the communication systems NASA relies upon.

What does the future hold?

By all indication, it’s not a matter of whether Artemis 1 will launch, but rather a matter of when. Still, for viewers on the ground, some of whom have been waiting decades to see Artemis materialize, the delays might feel like assembling a piece of furniture only to find that the final parts are missing.

But such is the nature of any complex aerospace project. “It’s never assumed that those things are going to go perfectly,” says Young. “So, sometimes, these delays are just the cost of doing business.”

It does help, in this case, that the other Artemis missions are well into the future. Artemis 2, which plans to take three Americans and one Canadian around the moon’s orbit and back, a la Apollo 8, is currently slated for 2024. Artemis 3—the long-awaited first boots on the Moon in over half a century—won’t launch until 2025 at least.

The long downtime between missions, irritating as it might be for impatient Earthlings, do give NASA some slack. It means that future missions won’t pay the price of these delays.

“[Artemis 1] would have to slip much further into the winter, or even next year, to start having impacts on the rest of the program,” says Young.