Russia’s rocket failure could leave the ISS without a crew

A lot on the ISS depends on the Soyuz. 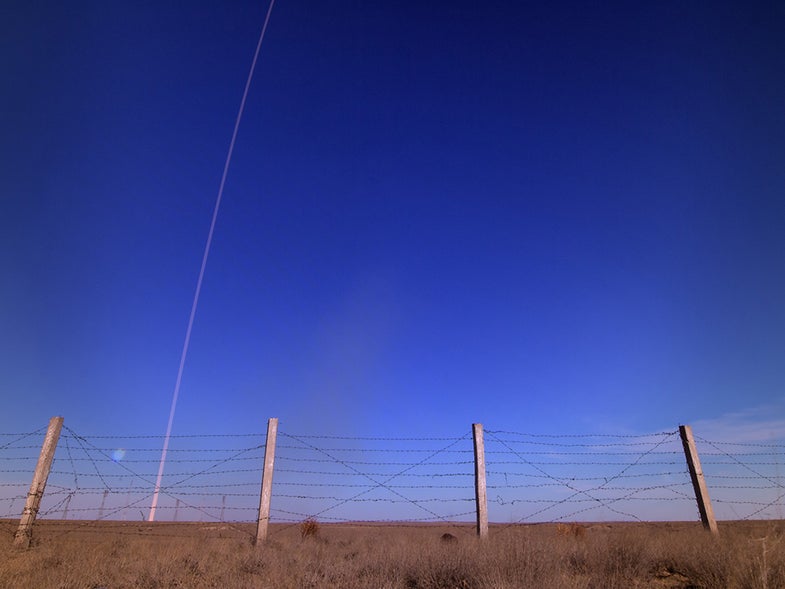 NASA astronaut Nick Hague and Russian Cosmonaut Alexey Ovchinin were headed to the International Space Station Thursday morning when the Soyuz rocket carrying them malfunctioned, triggering an abort sequence that sent them on a harrowing but safe journey to the ground.

Hague, a NASA astronaut, was looking forward to his first trip to the ISS. He tweeted yesterday that he couldn’t wait to see the space station in person. Now, he’ll have to wait for a future mission to take him there.

There are currently three crew members on the International Space station. NASA’s Serena Auñón-Chancellor, Roscosmos’ Sergey Prokopyev, and the ESA’s Alexander Gerst were all scheduled to return on December 13, with their eventual replacements launching to the station on December 20. Gerst took command of the ISS last week, when their three companions—Drew Feustel, Ricky Arnold, and Oleg Artemyev—departed back to Earth. Russian News Agency TASS said that the astronauts on board have enough supplies and that their operations will continue as scheduled, a fact that was later confirmed by NASA in a press briefing. But the crew will also have to operate minus two expected crew members. Here’s how today’s events might affect the space station going forward:

Can the astronauts get back to Earth?

There is a Soyuz capsule currently attached to the ISS, so the astronauts aboard do have a way back home. (Yes, it’s the one with a—sealed—hole. No, the hole isn’t in the part of the spacecraft that will re-enter the atmosphere.)

That Soyuz is scheduled to bring the three astronauts back to Earth in December, but if they exit before crewed Soyuz launches start again, they might have to leave the ISS uncrewed. The astronauts are extremely well-provisioned, and could stay on the ISS for slightly longer, but the Soyuz capsule itself is only certified for 200 days (about 6.5 months) in space, a timer which will run out in January.

Can the ISS even operate without a crew?

Yes, the orbiting laboratory can theoretically operate without a crew. And this issue has come up before. In August 2011, after a Soyuz rocket carrying an uncrewed Progress spacecraft crashed, people asked the same question. Luckily, the engineers identified the issue, and while next crewed launch was pushed from September 2011 to November 2011, the ISS was never left uninhabited.

In the event they had to leave, the departing astronauts would make sure that redundant cooling, electrical, and other systems were set up and ready to spring into action, if needed. Ground control would send commands to keep the station’s altitude and trajectory out of the path of space debris and above our atmosphere. Theoretically, astronauts could return to the station and get it back up and running without any trouble.

The problem, then, isn’t with the station, but with ourselves. Or rather, with our goals for the place. In a NASA press conference, International Space Station Operations Integration Manager Kenny Todd said that for crewed missions of the highly anticipated American-made Crew Dragon and Starliner capsules to take place, there would need to be astronauts already onboard the station to monitor he innaugural flight(s).

What will happen to the planned spacewalks?

This is a tricky question. There were originally two spacewalks scheduled for this mission; one on October 19 and one on October 25 to upgrade the Station’s power system. After the hole incident, another spacewalk was tentatively added to the docket for November to investigate the exterior of the Soyuz where the leak occurred.

Unfortunately, of the two scheduled spacewalkers, only one (Alexander Gerst) is on the station. The other, astronaut Nick Hague, was on the launch vehicle this morning. So for now, that schedule is up in the air. “We planned to do a few spacewalks over the next two weeks, and we’ll be taking a hard look at that as one of the EVA spacewalkers is still on the ground,” Todd said in the press conference.