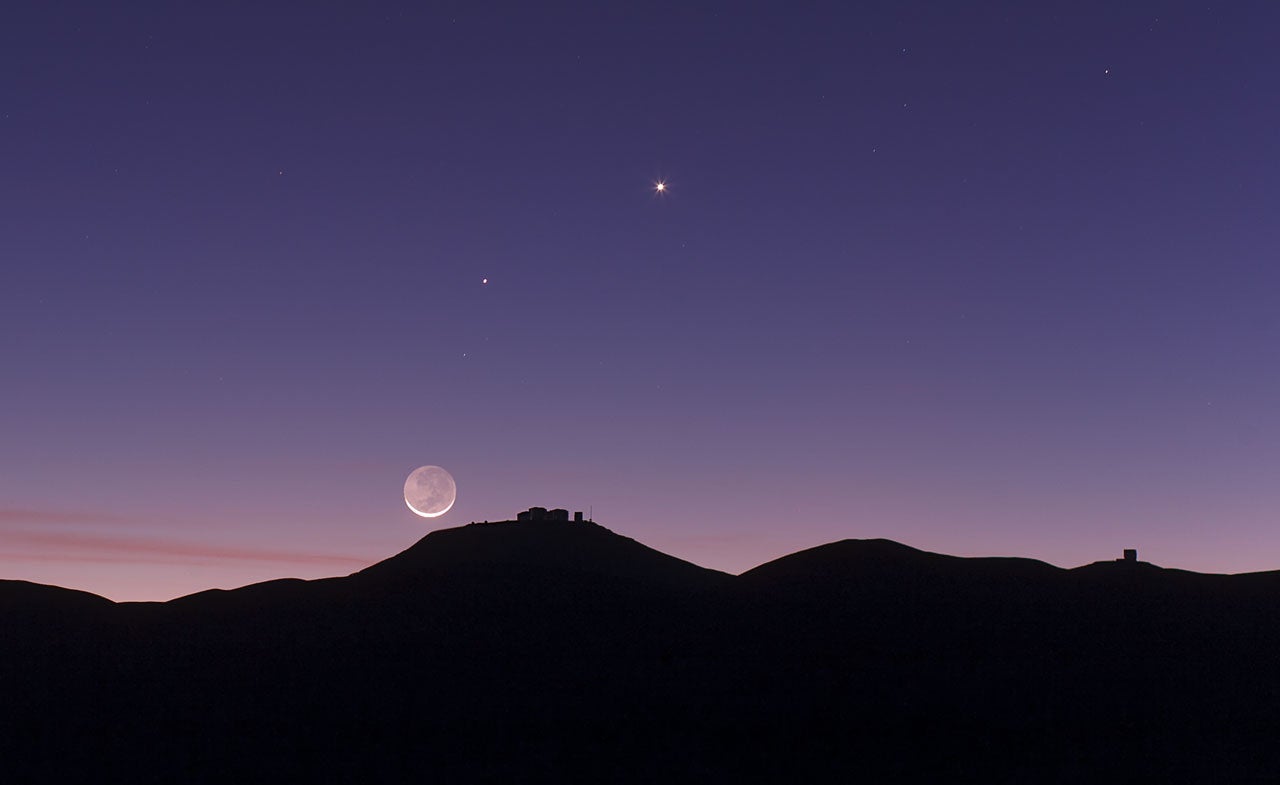 So many exoplanets may hold water, atmospheres, just-right temperatures and a rocky surface for life to flourish — we just need to know where to look. Once astronomers have pinpointed a good candidate, we also need to know how to look — which instruments and methods might sniff out the right chemical signatures of life. A new trick that essentially amplifies those signatures could be one way to do it. Astronomers at the European Southern Observatory just discovered life on Earth with this method, treating our home as if it were an exoplanet.

Even from the point of view of closely orbiting satellites, it’s not immediately clear that this planet hosts life — you can’t see it (with the exception of green vegetation, of course). But the chemical signals are crystal clear. Earth has far more oxygen and methane in its atmosphere than would exist naturally, without some sort of generation and consumption cycle driven by life’s metabolism.

Spectroscopy can detect these gases, along with other so-called biosignatures, but they can be weak signals. This involves breaking up the light that reflects off a planet into its constituent colors, like putting it through a prism, and then determining which elements are present on the planet based on the colors they emit and absorb. This will be especially hard for distant exoplanets, whose blazing host stars drown out the planets’ feeble light. “[It’s] a bit like trying to study a grain of dust beside a powerful light bulb,” said Stefano Bagnulo of Armagh Observatory in Northern Ireland, in an ESO statement.

Bagnulo, Michael F. Sterzik and Enric Palle at ESO tried this out with the sunlight that reflects off our planet onto the moon. They used a spectrograph at the Very Large Telescope in Chile and measured the linear polarization spectra of earthshine. They were able to determine that Earth is partly cloudy, that it has oceans, and that it has vegetation. The observations were so sensitive that they could pinpoint visible areas of vegetation as small as 10 percent, and they could tell changes in cloud cover at different times as the rotating Earth reflected its light. Then they confirmed these measurements with cloud-observing satellite data, to prove they were indeed seeing clouds via the moon.

This method establishes a baseline for looking at other planets, the researchers say. Spectropolarimetry could ultimately tell whether photosynthetic life has emerged elsewhere in the universe.

It doesn’t have much to say about intelligent life, but it’s still a big a step toward finding out whether life exists anywhere other than here. The research appears in this week’s issue of Nature. 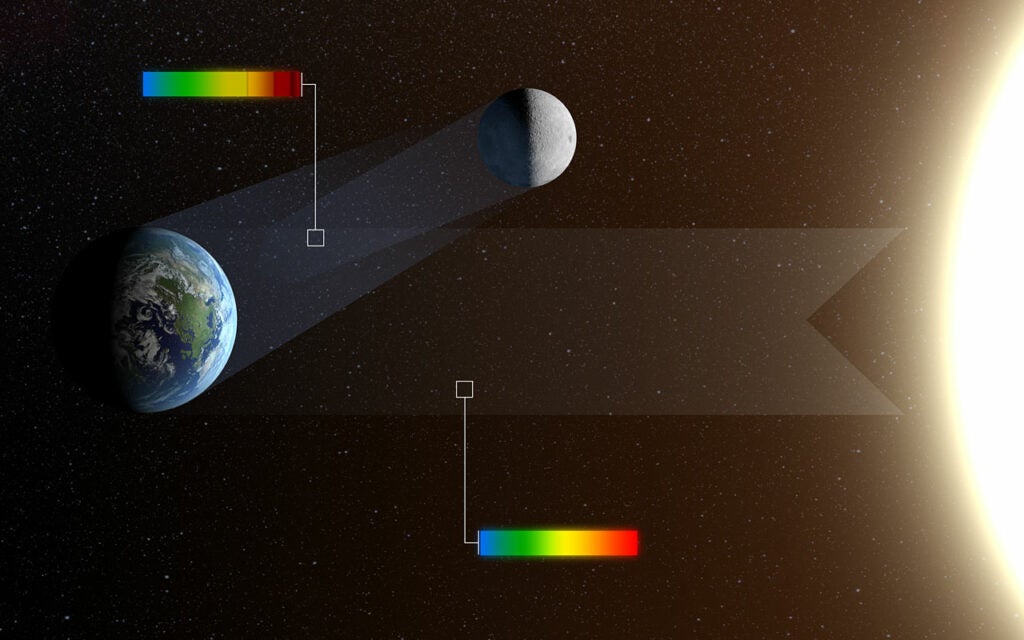 Light from the sun reflects off the Earth’s surface and illuminates the moon. Researchers from the European Southern Observatory examined the spectra of this light, indicated by the rainbow graphic, and were able to spot characteristics indicative of life — discovering life on Earth as if Earth was an exoplanet. Their method establishes Earth parameters as a benchmark for life on exoplanets.
Space