Scientists Are Crowdfunding Spacecraft To Blast Asteroids Out Of The Sky

With near Earth space filled with numerous 'city killer' asteroids, we don't wanna miss a thing 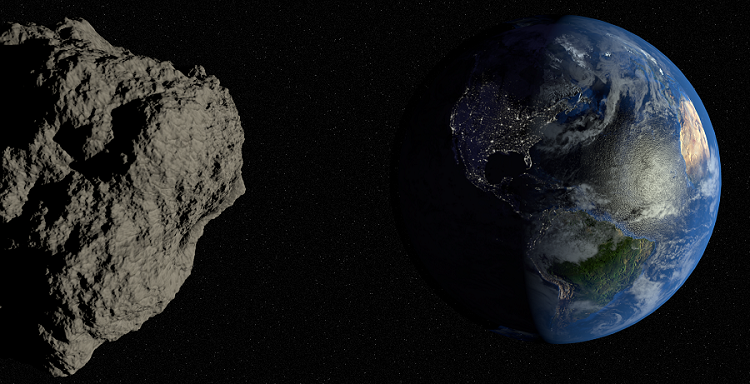 It’s the ultimate doomsday scenario: Astronomers spot an enormous miles-wide asteroid headed for a collision course with Earth. An impact with our planet means a fiery goodbye to civilization—and life—as we know it, and there are only a few short weeks to rally together the citizens of the world to somehow fight this apocalyptic threat.

Fortunately, it’s doubtful we’ll ever be faced with this kind of sudden Armageddon. NASA, other government space agencies, and astronomers across the world have a pretty solid way of tracking huge, civilization-destroying asteroids, mapping their trajectories many years or decades in advance before they might head our way. Such ample warning would give us more than enough time to prepare some kind of deflection strategy.

Instead, it’s the smaller and “medium-sized” asteroids we need to worry about—those ranging from 100 to 1,000 feet in diameter. That’s according to the Emergency Asteroid Defence Project based out of Copenhagen, Denmark. A non-profit organization comprised of engineers and science entrepreneurs, the EADP is trying to increase awareness about the threats posed by these less domineering asteroids. They argue that because of their smaller size, the space rocks are harder to spot many years in advance, perhaps going undetected until just a few a short weeks before they crash.

And if scientists find one to be headed toward a major city, the impact could be on par with that of an atomic blast.

“A 150-meter-wide asteroid is called ‘city killer.’ It can destroy a typical metropolitan area, with no guarantee in warning time.”

From 2000 to 2013, the Nuclear Test Ban Treaty Organization detected a total of 26 multi-kiloton explosions—all caused by asteroid impacts. Luckily, Earth is a big place, so if these rocks didn’t explode high up in the atmosphere, they most likely struck ocean or an unoccupied area of land. Yet just two years ago, a 65-foot-wide meteor exploded not very far above the city of Chelyabinsk in Russia. Though no one died, the explosion was estimated to carry the energy of 500 kilotons of TNT, causing a powerful shockwave that shattered glass and injured hundreds of people. Damage costs were upwards of $33 million.

The Chelyabinsk meteor could have been much worse if it had been just 100 feet wider. Yet if such a medium-sized asteroid were thought to be headed for a populated area, NASA would be ill equipped to handle it on a moment’s notice. In 2013, when asked how the space agency would deal with a theoretical asteroid headed for New York City, NASA Administrator Charles Bolden had a chilling response: “Pray.”

EADP wants to change that answer. Currently, the organization is raising money through IndieGogo to fund an emergency back up plan that could mitigate the threat posed by these smaller space rocks. The money they raise will go toward designing and building a spacecraft dubbed the Hypervelocity Asteroid Intercept Vehicle, or HAIV. Based on research done by Wie at Iowa Sate University’s Asteroid Deflection Research Center, HAIVs are “small spacecrafts that can deflect or disperse asteroids and comets with only a few days’ warning”—most likely through the use of a nuclear bomb. 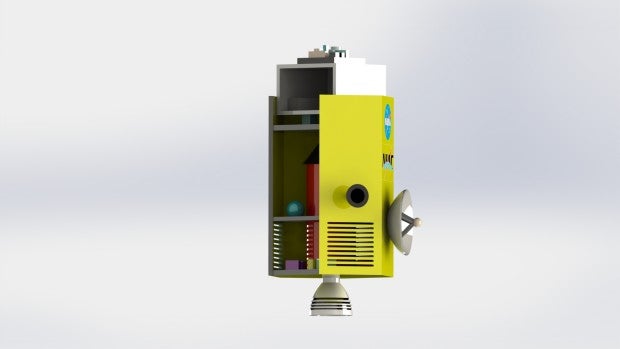 “We’re not allowed to handle nuclear warheads, but we can make a vehicle to transport that warhead,” says Soeren Ekelund, founder and vice-chairman of EADP. “The U.S. has explosives that are needed, and we can provide the delivery vehicle for the mitigation. That’s basically what the EADP should be seen as: Making a delivery vehicle that will be available for states to use in case of emergency.”

The HAIV consists of two main bodies: the Leader and the warhead-touting Follower. Once an asteroid is detected, the HAIV could launch aboard an existing rocket within a day and travel toward the incoming threat. Just before it reaches the asteroid, the Leader section would break free, impacting the asteroid first to create a crater. The Follower would then enter the crater, travel deep inside the asteroid, and then detonate the bomb. The result: a thoroughly pulverized space rock.

Ekelund says the funding they receive from Indiegogo will go toward a system and mission design study, in which they will work with aerospace companies to figure out the various components needed for the spacecraft. Right now, they’re only asking for $200,000 to go toward that research, but EADP estimates they’ll need $50 million total for the entire project–$25 million to build and test the first vehicle and $25 million to build another to have on hand when the comes. If they get the funds they need, EADP says it will only take two years to test and build their HAIVs.

Yet EADP has run into a problem garnering support. Of that $200,000, only about $6,500 has been raised with 30 days left in the campaign. Ekelund attributes this to a problem referred to as cognitive dissonance. It’s been estimated that the probability of a 100-megaton asteroid impact occurring on Earth is about 0.01 percent. With such small odds, Ekelund argues that people have a hard time considering asteroids as credible threats.

“The human mind is made to guard against the threat around the next corner and not go around looking for space rocks in the sky, which might fall once every decade,” Ekelund. “So the chance of getting hit is very small but the consequence of getting hit is extremely large.”