Is dark matter in danger? A few days after scientists said there’s no dark matter near our sun, a team... 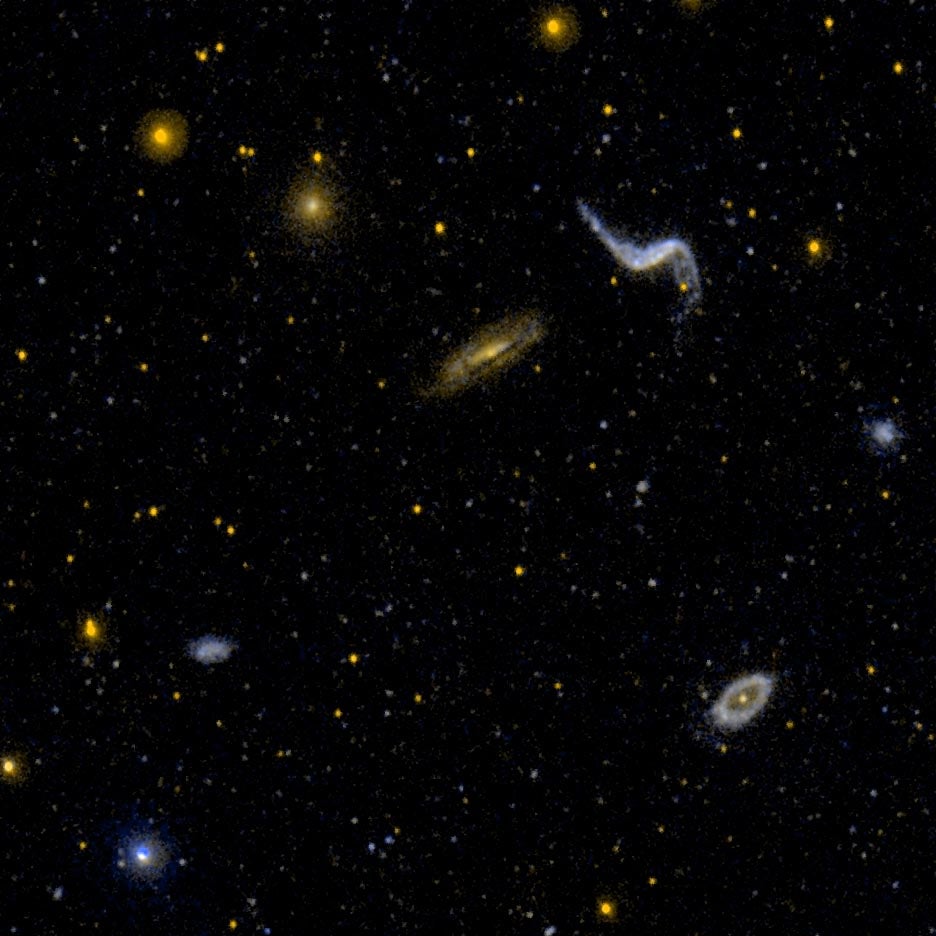 Is dark matter in danger? A few days after scientists said there’s no dark matter near our sun, a team of researchers in Germany now says there’s no dark matter in our galactic neighborhood. The team found a vast structure of globular clusters and satellite galaxies surrounding the Milky Way in a smooth, evenly distributed pattern. Most models of galactic distribution and evolution require the gravitational effects of dark matter, but in this model, it doesn’t seem to exist.

Examining a wide range of astronomical source data, the team assembled what they’re calling a new picture of our cosmic neighborhood. Companion galaxies, star clusters and loose gases are all properly aligned with the galactic disk, according to the team, led by Marcel Pawlowski at the University of Bonn.

This newly-discovered organizational structure is huge — it starts around 33,000 light years from the center of the Milky Way, and reaches 1 million light years. As the companion galaxies and clusters move about the Milky Way, they shed material like stars and gas, which forms long tails around their cosmic trajectories. These trailers also follow the galactic plane, the researchers say. Something is responsible for this organization, but the German team says it isn’t dark matter. They have a few ideas, including that the Milky Way collided with another galaxy 11 billion years ago, and the current companions are just debris following the galactic gravitational field.

“We were baffled by how well the distributions of the different types of objects agreed with each other,” said Pavel Kroupa, professor of astronomy at the University of Bonn, in a news release.

Dark matter is said to make up 23 percent of the mass-energy of the universe, much more than regular, baryonic matter that we can see. Its existence is inferred partly by its effects on galaxy distribution and galaxy cluster evolution. But the Milky Way’s satellite galaxies don’t trace a dark matter pattern, Pawlowski said in a blog post. He also notes that nobody has been able to find a dark matter particle yet, despite a slew of efforts around the world in all sorts of interesting configurations. Maybe they’re not finding it because it isn’t there?

Here’s the problem, though: Galaxy rotations (among other phenomena) cannot be explained by existing physics without something like dark matter. It fits the equations so well, it’s become pretty much accepted theory. But if we can’t find it — and if the structures that are supposed to help prove its existence can’t do that, either — then we’ll have to come up with something else.

“Our very understanding of space-time and matter are now at stake,” Pawlowski said.

The paper is in press at the Monthly Notices of the Royal Astronomical Society.