In memory of Vera Rubin, the woman the Nobel Prize forgot

Rubin, who died Sunday, was never recognized for her work on dark matter 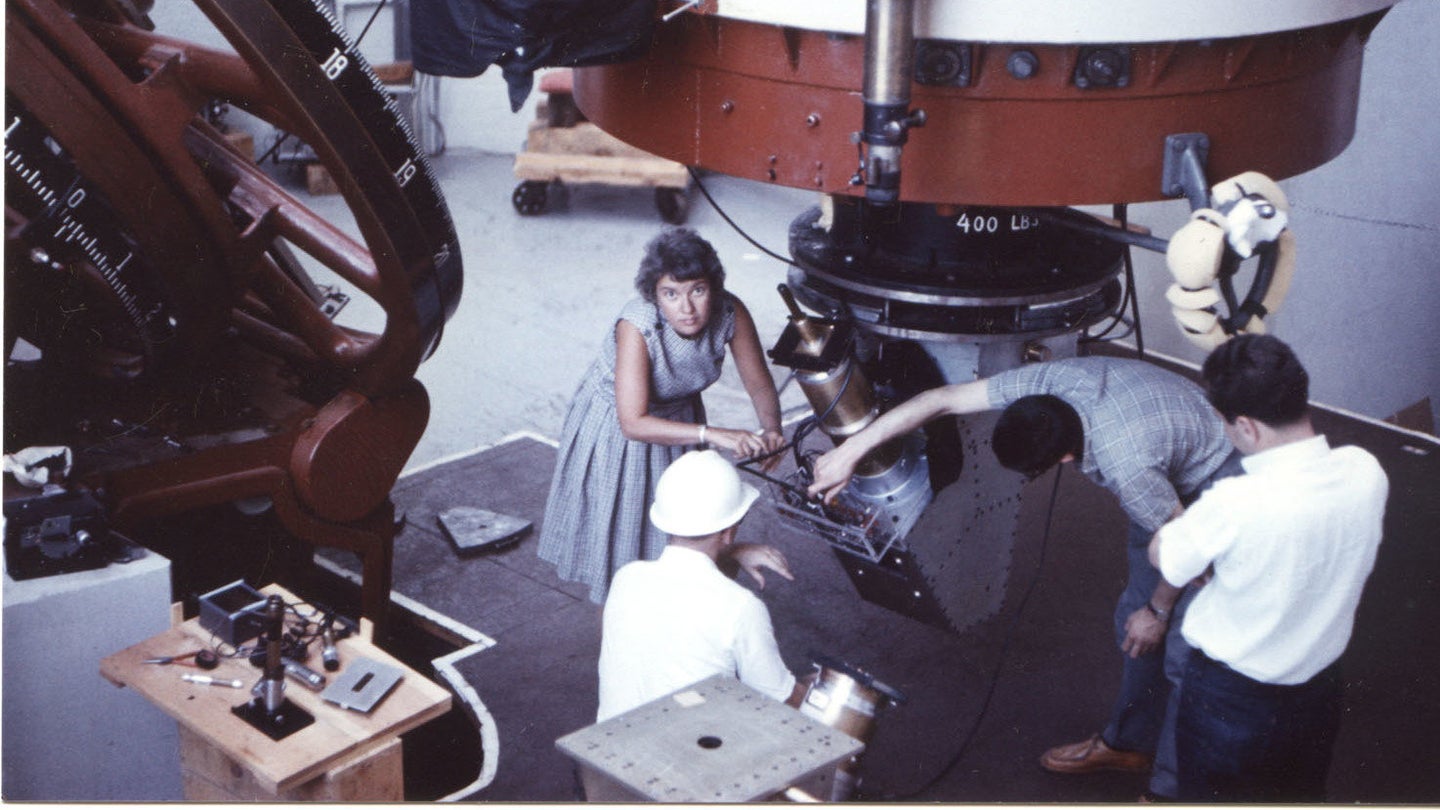 Vera Rubin, who essentially created a new field of astronomy by discovering dark matter, was a favorite to win the Nobel Prize in physics for years. But she never received her early-morning call from Stockholm. On Sunday, she died at the age of 88.

Rubin’s death would sadden the scientific community under the best of circumstances. Countless scientists were inspired by her work. Countless scientists are researching questions that wouldn’t exist if not for her work. But her passing brings another blow: The Nobel Prize cannot be awarded posthumously. The most prestigious award in physics will never be bestowed upon a woman who was inarguably deserving.

In the 1960s and ’70s, Rubin and her colleague Kent Ford found that the stars within spiral galaxies weren’t behaving as the laws of physics dictated that they should. This strange spinning led her and others to conclude that some unseen mass must be influencing the galactic rotation. This unknown matter—now dubbed dark matter—outnumbers the traditional stuff by at least five to one. This is a big deal. As Slate’s Phil Plait puts it:

A argument frequently heard against Rubin’s Nobel-worthiness is that dark matter is still technically theoretical. Some scientists are still working to come up with alternate theories to explain the behavior of the Universe. Let someone detect it, say the naysayers, and then those who laid the groundwork can have their due. This would be a great argument, if not for the fact that the men who discovered dark energy—no less important than dark matter, but no less “theoretical” either—were honored with the prize in 2011. And their observations took place a good 20 years after Rubin did her work.

“The existence of dark matter has utterly revolutionized our concept of the Universe and our entire field,” University of Washington astronomer Emily Levesque told Astronomy magazine in a recent interview. “The ongoing effort to understand the role of dark matter has basically spawned entire subfields within astrophysics and particle physics.”

While pursuing a prolific scientific career, Rubin also championed the causes of other women in science. She was a groundbreaking astrophysicist at a time when few women worked in the field. She was the only astronomy major to graduate from Vassar’s all-female class in 1948, and was turned away from Princeton on the basis of her gender. She earned her Ph.D. at Georgetown again, starting the program as a 23-year-old mother of two.

When Rubin became the first woman to gain official approval to use the Palomar Observatory in Southern California in 1964, she had to claim use of a bathroom—no facilities existed for women within the building.

“I live and work under three basic assumptions,” Rubin once wrote. “One: There is no problem in science that can be solved by a man that cannot be solved by a woman. Two: Worldwide, half of all brains are in women. Three: We all need permission to do science, but, for reasons that are deeply ingrained in history, this permission is more often given to men than to women.”

It’s been 53 years since a woman won the Nobel Prize in physics. According to experts in the field, there are plenty of women worthy of a nod. But 2016’s snub was Rubin’s last shot.

We can take some consolation in the fact that Rubin, consummate badass that she was, couldn’t have cared less.

“Fame is fleeting,” Rubin told Discover magazine in 1990. “My numbers mean more to me than my name. If astronomers are still using my data years from now, that’s my greatest compliment.”